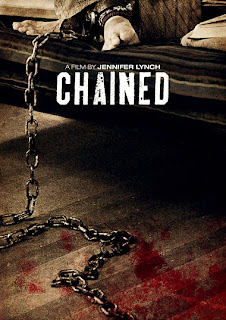 
Synopsis taken from IMDb
This movie is about a cab driver called Bob (Vincent D'Onofrio) who picks up women and takes them back to his house where he kills them. But on this one day he picks up a woman and her 9 year old son, Tim. Bob then makes Tim live in the house with him all while he keeps killing women.  Time grows up there, watching, seeing all that happens. Bob wants to make him his protege. Will Tim carry on the legacy?


Jennifer Lynch comes out swinging with this psychological horror film that completely envelopes you. The movie is full of despair and it makes your heart sink to see the torment Tim goes through and how he's forced to live a life of hell after being captured by Bob, the cab driver. It hits everyone's worst fear, the fear of hopelessness and of being stuck somewhere with no where to go and no one to turn to.

Tim and his mother get dropped off at the movies by Tim's father at the movies. After being dropped off, Tim's mom tells him that since his dad isn't there she'll allow him to see the horror film he wants to see. It'll be their little secret. 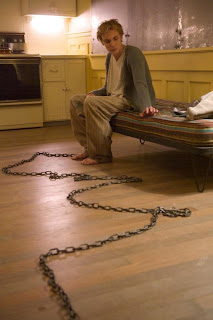 After seeing the horror movie they catch a cab home. On the way home the driver takes a wrong turn, alarming Tim's mom. The cab driver gets out of the car and knocks out Tim's mom. Shortly after, Bob takes Tim and his mom to his house where he proceeds to murder Tim's mom.

Bob tells Tim that he didn't want him but now he's stuck with him, so he lays down the ground laws for Tim. He tells Tim that he is owns him and that Tim will obey him, turning Tim into his slave and making him do such things as clean his house and have dinner ready for him after work or else he'll face the consequences. He gives Tim the name of Rabbit. 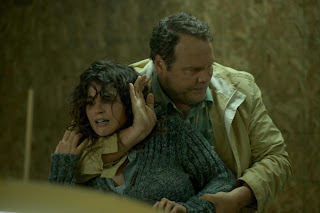 Vincent D'Onofrio does a great job at playing Bob. This film really shows off Vincent's acting ability that some may not have known he had. Vincent delivers a chilling performance that showcases his acting in this film. Bob was the victim of being bullied by his father, taking the brunt of his father's abuse to protect his younger brother. Vincent transforms himself in this role, giving himself a hunch in his back and making himself have a lisp and a stutter that almost made him unrecognizable to me at first.

This film mainly focuses on how Bob is an average man who could blend in anywhere, nothing stands out about him to make you suspect him of anything. Jennifer Lynch takes advantage of how this could happen anywhere and drives it home with a suspense and fear that gnaws at you the whole movie.

As Rabbit starts to grow up, Bob decides he's going to start teaching him things he'll know to "be a man". To Bob, this means that Tim will learn how to hate women and kill them, making him see how they all "deserve" it because they're all born "whores".

The actors playing young and late-teen Tim do great jobs, Tim is a sympathetic figure you feel pitiful for. He's subjected to seeing Bob kill women on a regular basis and has to clean up the mess for years. We see how emotionally damaged Tim is, and how his hopes of escaping dwindle as the years pass. He's only allowed to eat what Bob leaves on his plate and can only speak when spoken to and he lives like this for years. 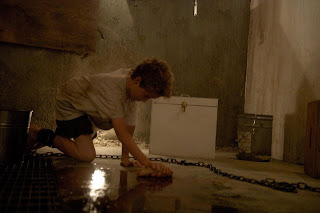 The most terrifying thing about this is how Bob doesn't see a thing wrong with what he's doing! When Tim grows up and starts to see that what Bob does is wrong, Bob calls Tim sick in the head! To think of people living with that type of "normal" standard is disturbing and terrifying.

Bob starts to make Tim learn the human anatomy so he can start killing women like Bob does. Teaching Tim the tools of the trade. Even with resistance, Tim goes ahead and reads the anatomy books.

Will Tim become truly hopeless and suffer the same fate as Bob, or will Tim hang on long enough to make an escape?

Bob makes Tim pick out a girl he likes, Tim picks a girl named Anne. Bob catches her for Tim in high hopes that Tim makes Annie his first kill. This was a breaking point in the film because it begs the question of how much of Tim's humanity has he lost after growing up in such a twisted environment. 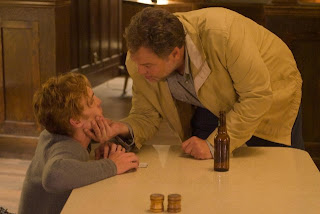 When I first saw this trailer I knew I was going to like this movie. Overall I was very impressed with it. I didn't think that it dragged on too much at any part, I found it consistently entertaining. I thought the acting was top-notch and added to the well written story. This film is atmospheric and shows you how horrifying "daily life" can be.

This is one of the best horror film of the year for me, no doubt. I liked it instantly and it has a good twist.