THE COLONY won't save you 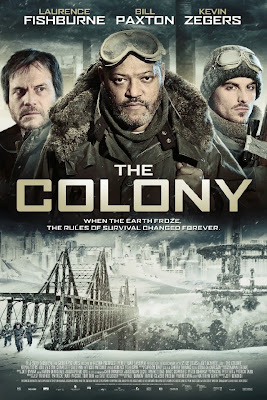 Synopsis taken from IMDb
Forced underground by the next ice age, a struggling outpost of survivors must fight to preserve humanity against a threat even more savage than nature.

This is another recent rental of mine. I've heard some pretty good things from friends, so I wasn't reluctant to give it a shot. However, there is a small part of me that was worried because Laurence Fishburne doesn't have a good track record with me. But, in all fairness, he has his share of good films. Also, the fact that it co-stars Bill Paxton helped to sell me on giving it a watch.

From the way this flick started, I instantly could see that it wasn't going to be that bad, and that it had promise. I definitely like the concept, and I actually was impressed with its delivery. There is a real sense of it being severe times for humanity, and I couldn't help but get pulled in, and sympathize with the characters. The year is 2045, and after we build climate controlling machines, they break down and ever since, it's never stopped snowing. So, all humanity is broken up into underground colonies, where they're quickly running out of resources. However, from what I understand, major critics accuse this movie of borrowing old ideas from sci-fi motion pictures, and I can't really disagree. 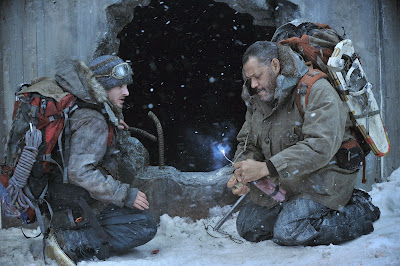 Sam (Jeff Renfroe) is the main character and we follow him on the journey as he tries to accompany Briggs (Fishburne) to search out and save a fellow colony that isn't responding to radio contact. Upon the rescue mission, they come to realize that the death of the other colonists are by a group of cannibals, who ate them. Again, this is a great idea, and it kept me intrigued, even if it's originality is severely lacking. But, it's very entertaining.

The performances are pretty spot on, Fishburne and Paxton are at their best. The character development is dry and repetitive, but the acting is surprisingly convincing. I enjoyed the interactions between characters, and their dialogue isn't forced. Though, nothing remarkable stands out about the writing, it just works for what this film is. I would have liked to see more clever writing done, to really put it over-the-top and make it less predictable.

There's things that this movie does fail at miserably, and the main thing, is the lead villain, the Feral Leader (Dru Viergever). I don't like or understand the need for him to be as menacing as he is. I understand he's the bad guy and main threat, but the acting and execution of his appearance looks like something out of a ridiculous sci-fi movie. I found this character to cheapen the overall effect this movie had before he became a player on screen. Had he been more fitting to the story, and not as cheesy, I think this film may have been really good. Not to mention the mediocre cgi, that reminds us all that this isn't a high-end motion picture, and also lessens the impact this film may have otherwise had. 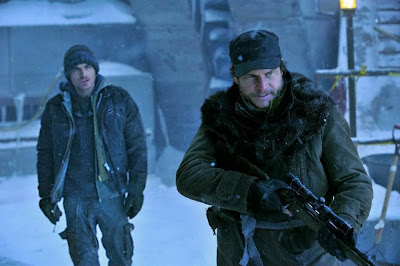 In the end, The Colony is more of the same. But it's enjoyable and an easy watch. Can't say I hated it, but I can't praise it. Could have been better, but wasn't. I am expecting this one to become forgotten very quickly, and it sucks. There was a lot of potential behind this one, and it just didn't add up to what it should have.