'ONLY LOVERS LEFT ALIVE' is a true-blooded vampire film 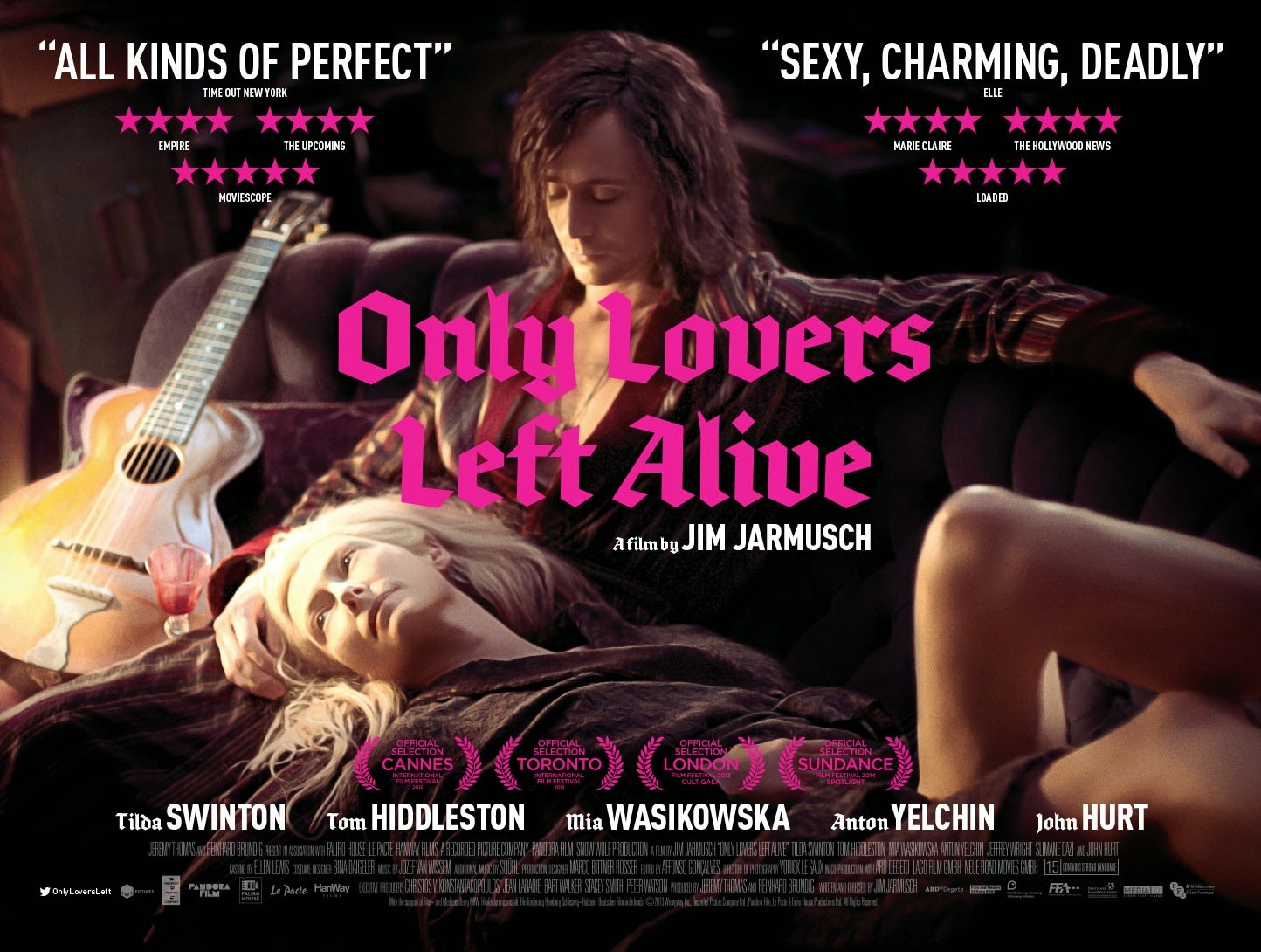 Synopsis taken from IMDb
A depressed musician reunites with his lover, though their romance- which has already endured several centuries- is disrupted by the arrival of uncontrollable younger sister.


Honestly, I'm about sick to death of vampire films and all the baggage they bring. Mainly because, no one in this day and age seems to know what vampires are anymore, and make them your boyfriend instead of the monster scratching at your bedroom window. So, I can't say that I went in with high hopes to see Only Lovers Left Alive, simply off of principle. And, I'll be the first person to admit that I was wrong in judging it. Nowadays, big moviegoers like myself, are preconditioned at this point to just deal with whatever crappy vampire movie is out there at the time. There's some like me, who still keep their eyes open waiting to be surprised.

The cast drew me into this one more than anything else. I'm a fan of Tom Hiddleston (Thor) and of Anton Yelchin (Odd Thomas) as actors, and I was interested to see what they brought to the table. Especially since I've heard such glowing reviews for it. What you have to understand going into Only Lovers Left Alive is, this is a very realistic and romantic story. When I say "romantic" I mean it in the gothic way, like how some say that death is sexual or sensual.

These aren't your sparkling vampires, but they're also not your transforming vampires either. They are tired and look totally normal, but they do sprout fangs and like drinking blood. Adam (Hiddleston) is very depressed and fatigued of life. He refers to humans as "zombies" and is sick of how the human race as perverted and destroyed the world. He even has a wooden bullet made, with intentions of shooting himself and committing suicide. When he's not moping about, he's playing and recording music.

His lover Eve (Swinton) is the positive charge to his negative battery. She's always looking up to the bright side of things and trying to get Adam to relax and enjoy his miserable life. While he's never cheery, Adam finds comfort and resolve in the arms of his woman. He and she were estranged for a bit, but come back together. Doing so literally saves Adam's life because, he never shoots himself due to her company. 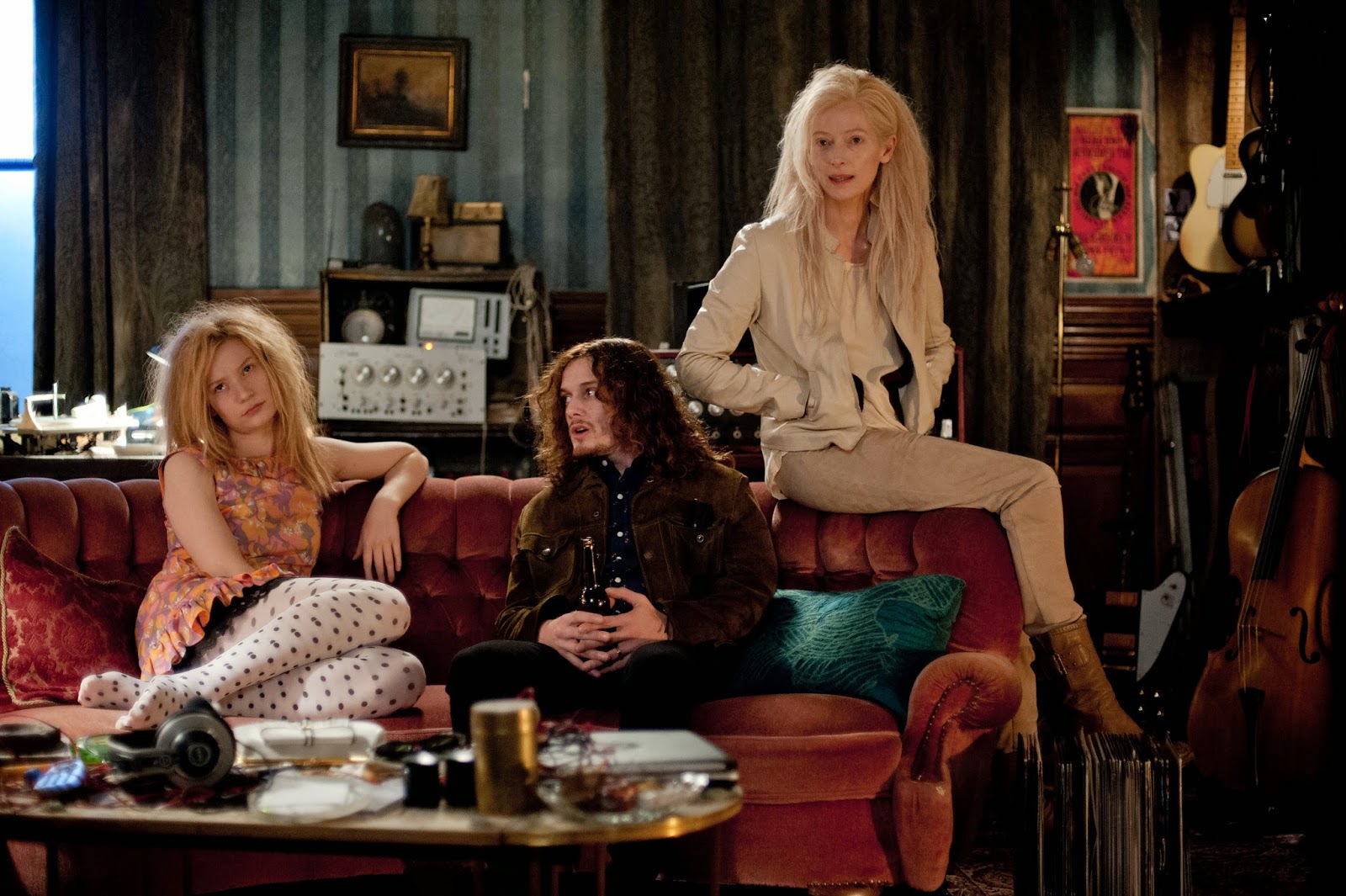 It starts off with a slow and steady pace, and never really picks up. It's not an over-the-top picture with lots of Michael Bay explosions and visuals. It's a character driven story about what it's like in today's society to be a vampire hiding in plain sight. The realism is the golden ticket here, they go into detail about not drinking blood like in the old days due to all of the different kinds of diseases going around today. Mentions of details like this are what make this such a well-rounded feature. Add to that the acting is great, and the characters are totally likable.

Ian (Yelchin) is Adam's friend and associate who, for money, brings Adam various things that are requested. Like a wooden bullet. Ian is about the only human being Adam can stand, and you can tell that while always appearing reserved, Adam enjoys Ian's comradery. After introducing Ian and Eve, all seems well until Eve's younger sister, Ava (Wasikowska) shows up and not only drinks what's left of their precious food (blood) supply, but she drinks/kills Ian. Sending her off into the street in the middle of the night, Adam and Eve are yet again all alone.

After disposing of Ian's body, the couple seek out Marlowe (John Hurt). Marlowe is a vampire who was keeping Eve in supply of good quality blood before she left to be with Adam again. Unfortunately, this get-together doesn't end well as they discover that Marlowe has drank a bad batch of blood and is dying. After his passing, the couple go off into the night, again defeated and disappointed with life.

They're hungry and unable to afford more quality blood like what Ava finished. So, they realize they have to go about drinking blood the good old fashioned way, and target a romantic couple being cute with one another. The look on Adam and Eve's faces lets you know that feeding is about all that they can do to stay positive and enjoy their eternal lives. 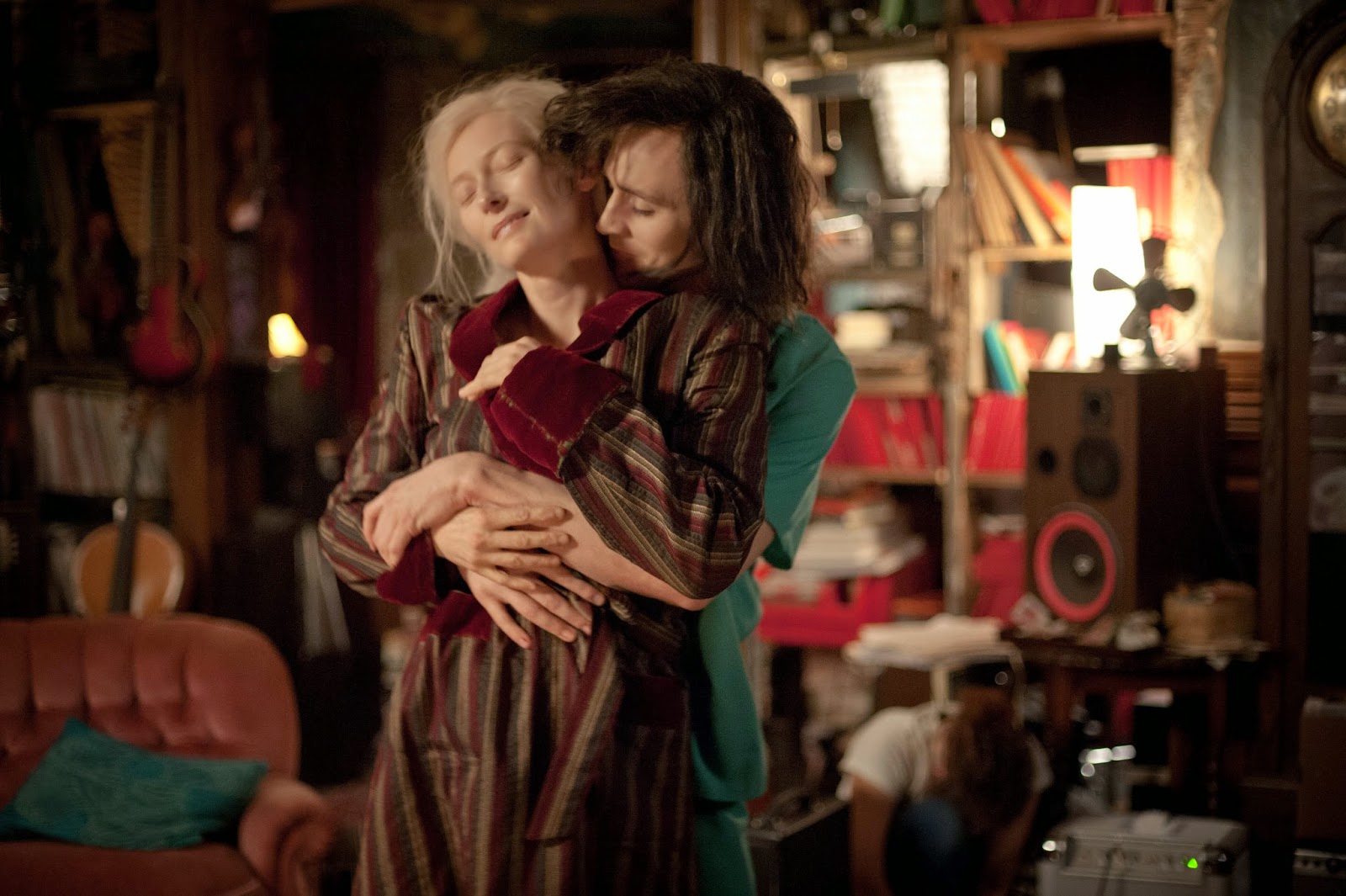 Aside from being a bit too slow at times, I've seriously got no complaints for this one. It's got a good story, quality acting, it's sexy, etc. I'm a fan, for sure. The Blu-ray will be hitting shelves August 19th, and if you want to see a movie that'll take you back to when vampire movies were good, you'll check this one out. I highly recommend it to anyone who likes movies about blood suckers, or who just enjoys good motion pictures in general.