Today will be the conclusion of yesterday's post. Again, they aren't in any specific ranking or order. These are simply the final five films that we've all seen too many times, and still watch today.

Some of these are a bit more serious than the ones posted yesterday. However, we've still donated hours of our lives to watching these movies over and over again.

What it boiled down to was which films bring back memories, which films drag you into the past when you watch them? For me it was an easy choice, thought I'll admit that I've seen way more movies than these 10 listed 100 times.

This list contains not only the greatest slasher film, sequel, vampire, werewolf film and zombie film. It also contains a trip down memory lane! 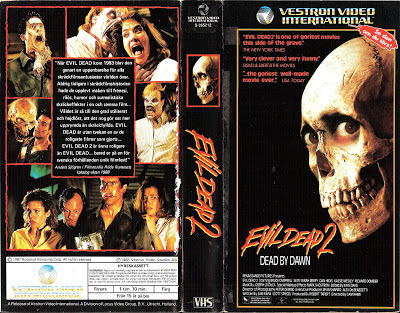 The name of the film says it all gang. I don't really have to write a paragraph for this movie, but I'm going to anyway. Although this film speaks for itself, there's still a lot that can be said about it. It's the greatest horror sequel ever made, and the best of the trilogy. This movie has carried through the ages and hasn't even had a dent put in it's greatness. Films like this one, and the awesomeness it beholds, are the reason some people got into horror. You just can't simply top a classic...

FUN FACT: The reason some of the gore was green and black in the film was because if it were all crimson colored the film would have received an X rating. 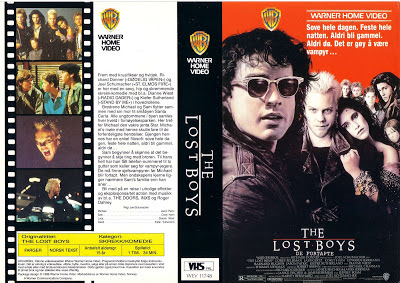 This is one of those films that you can never see too many times. It's one of those movies you still stop on when channel surfing, even though you have it in your DVD collection. You can watch it any time, day or night. It's gained an amazing amount of cult popularity, but it's more than well deserved. It's one of those films you hear a lot of hype for, and it's actually lives up to the hype. This film is amazing.

FUN FACT: This movie invented the phrase "vamp out", which has passed into common usage on Buffy the Vampire Slayer.

"RETURN OF THE LIVING DEAD" 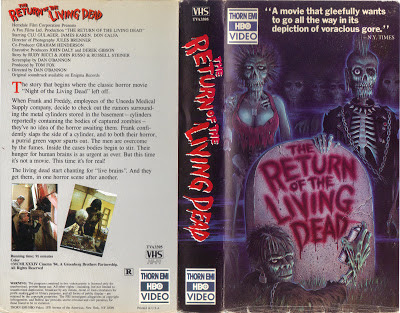 Now here is a movie that will give you a little piece of everything, including heaven. Undoubtedly the best zombie film ever made, and one of the funniest horror comedies ever. This film is full of non stop laughs, as well as a great story that always keeps you entertained, even though you've seen it countless times. It's one of the few movies that will actually force you to pay attention and watch, regardless of if you've seen it 10 times or 100 times.

FUN FACT: The Tarman is the first zombie in cinema history to eat a human brain.

"An American Werewolf in London" 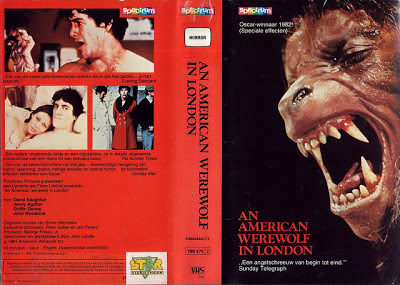 "The Howling"  is a good 2nd to this film, but nothing will ever beat it...at least not in the foreseeable future. This movie has been on a pedestal since it came out and has never relinquished the thrown. This is the movie that you'd watch on a Saturday night, eating popcorn with friends and family, or even yourself. It's fun, scary, brilliant and funny. Regardless of what your favorite werewolf film is, you can't deny the greatness of this one.

FUN FACT: All the songs in this film have the word "moon" in their titles. 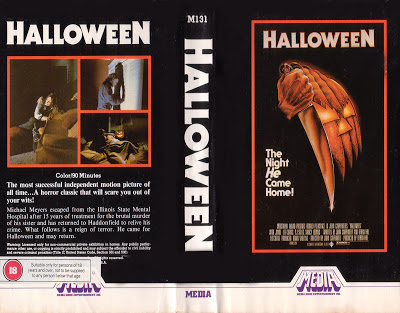 The grand daddy slasher flick. Not the first slasher, but the one that started the craze. This is, and always will be, my favorite horror film of all time, and king of the slashers. The film is legend. It's one of those rare films that recaptures the first time you've seen it every time you watch it. One of the scariest films ever created, this film has found it's way into our hearts, souls and minds. It changed the way we look at horror, and to that I kneel.

FUN FACT: The only person not credited for playing Michael Myers is producer, Debra Hill. She was young Mikey's hands when stabbing Judith in the opening of the film.

Well, that's it! I hope you enjoyed the list, it sure as hell was fun to write about. The child comes out in me when I think of such great films.