Speak No Evil Will Leave You Speechless 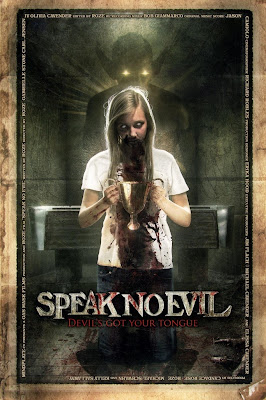 Synopsis taken from IMDb
Speak No Evil is the story of Anna, a single mother, fighting to protect her daughter from demonically possessed children in town gone mad.


After speaking with Roze about his new film, I was eager to test it out and see what it's about. As a horror fan, I'm always looking for an original horror film, and this seemed right up my alley.

After viewing a private screener for the film, I can honestly say that this is one of the best screeners I've seen to date! While it's not very long, the beauty of it is, it never drags on, or gets boring. It doesn't outlive it's purpose. It's short and sweet and to the bones. This is undoubtedly an indie achievement. 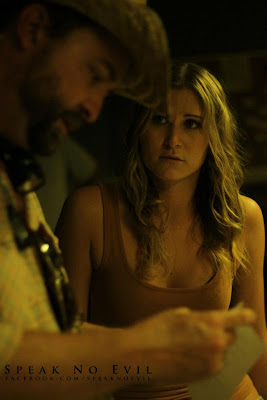 With no time to spare, the film picks right up the ball and runs with it almost instantly. The whole film we're trying to figure out who kidnapped Anna's (Gabrielle Stone) daughter, Joey (Olivia Cavender). Was it her father? Or something else? We learn that Joey was taken by a demonic force known as Adramelech. As theories of Joey's whereabouts get discredited, the story becomes deeper and more mysterious.

Anna is a single mother, struggling to keep things together in her personal life. After splitting up with Dale, Joey's father, the cops are lead to believe Joey's disappearance is a runaway case and refuse to give an valid help. So, Anna is forced to search for her daughter without the assistance of the police. Only she could never be prepared for what she'll discover.

Once more kids go missing, it starts an uproar in the town, forcing some into religion. At this point, everyone is certain it isn't humans doing the kidnapping, and that something supernatural has involved itself. The missing kids (including Joey) all return eventually, but things only get worse when we discover they're all possessed and vicious, and hungry. There are some really intense scenes that naturally, on instinct, make you want to turn away. Of course I didn't though, I was too intrigued in what was going to happen.

The makeup is really well done. To be truthful, I was actually surprised by how good it was. A lot of indie films don't deliver on the effects or makeup, so I wasn't expecting much in that field, and it was a pleasant surprise. The Mule headed demon that is Adramelech looked fantastic!

I really like that the gore isn't overdone. It's there, but they don't overuse it, and turn this into a gore flick. It's used when needed, like gore should be used. That with the mixture of dialog that isn't forced and seems natural, are two very key things to this film. The focus is all in the characters and story, the way it should be. I can tell that writer/director Roze definitely has good taste in horror films, because he made one that is classy, but still packs the scares and entertainment factor.

The movie was made on an estimated $150, 000, so it's not a big budget picture by any means. It is however, very well shot and the story is well told. Not to mention the originality of it. This just goes to show that not everyone out there in the indie circuit is an amateur, and some really do know what they're doing. The only negative thing that this movie suffers from is a bit of over and under acting at parts throughout the film by the main and supporting cast. 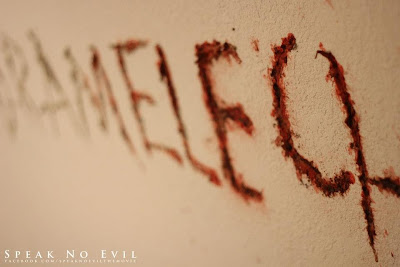 However, these aren't pro actors and actresses yet, and it's an indie movie. So to watch this and criticize it for some of the acting is pointless, because nobody expected a Michelle Pfeiffer or Daniel Day-Lewis performance.