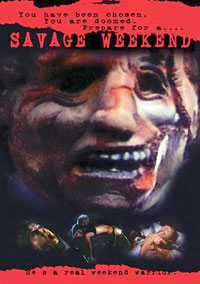 Posted by Drew Grimm Van Ess at 8:02 AM No comments: 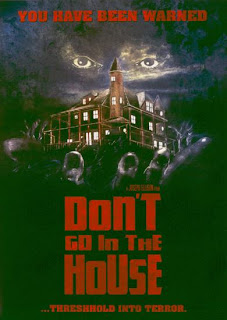 Another popcorn horror movie night has come and gone as my latest Netflix movie arrived titled Don't Go In The House. I never really heard anything about it but it sounded like a winner to me (laugh).

Let me start by saying that there was a kill in this movie that was totally and utterly brutal! Not in the gory way, in the "totally screwed up" and "that was painful" way. This guy burns a babe alive while she hangs from the ceiling by chains! And they practically show the whole thing. Probably my favorite part of this movie.

The movie started off strong and then kind of got slow. It ended kind of dumb in my opinion but I still didn't hate the movie. I liked it for it's similarities to Psycho. It achieved a creepy atmosphere and just kind of had me yelling at the girls in the movie for being so dumb by letting this weirdo pick them up.

I did enjoy this movie although it isn't a favorite and could have been better.

Synopsis taken from IMDb
A slasher film about a victim of child abuse (Dan Grimaldi) who grows up to become a maniacal construction worker. He stalks women at discos, takes them home, then hangs them upside-down in a special steel-walled room and sets them on fire.

Posted by Drew Grimm Van Ess at 4:37 PM No comments: