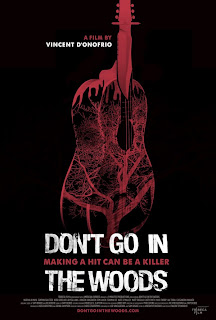 Synopsis taken from IMDb
A young band heads to the woods in order to focus on writing new songs. Hoping to emerge with new music that will score that will score them their big break, they instead find themselves in the middle of a nightmare beyond comprehension.


I didn't know much about this movie before going into it so I didn't know what to expect. My mind was open to observation. I knew that this film was practically a musical, that's about it.

The films started off and I was intrigued to see where it was going. It looked to possibly have some potential and that kept me in my seat. I wasn't a fan of the type of music that was being played. It was too whiny or 'emo' as some say. I'm a fan of the harder stuff myself. But I tried to not let that judge my thoughts of the movie because I've seen musicals where I don't like the music before. 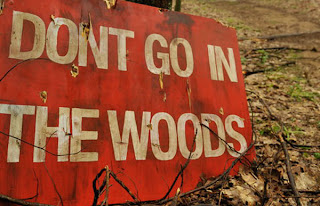 I was waiting for the kills to progress in order to keep me into the movie, hoping that at some point the kills would become brutal and original. And it is my sad duty to admit that that moment never came.

The gore was lackluster and the kills were so generic it was offending. I don't understand how people can make a movie like this, it's ridiculous. Any and all hope it had of using its potential was shot down my incompetence. 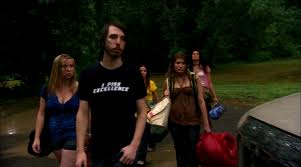 The cast in this movie wasn't bad to start but honestly, all the annoying music made them annoying and I was just waiting for the killer to shut them up. This film wasn't what I expected it to be. 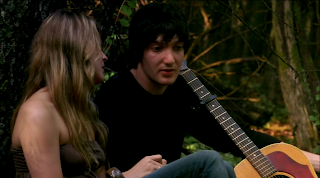 Pretty much the band members start wanting to party and not focus on the music unlike their group leader. So he gets all mad and starts playing guitar in the woods singing and making up songs. I got so sick of hearing his songs about relationships and betrayal and whatever else. I got tired of listening.

This film's ultimate failure is how forgettable it is. 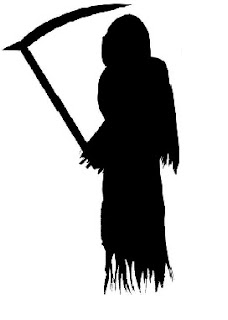