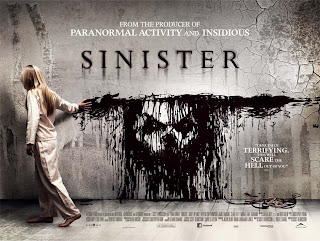 Synopsis taken from IMDb
Found footage helps a true-crime novelist realize how and why a family was murdered in his new home, though his discoveries put his entire family in the path of a supernatural entity.

It's Sinister's opening weekend and it comes in at number 3, following Taken and Argo. Sinister grossed $18,250,000 in it's opening weekend. I was glad I was able to see it fresh and right on opening weekend, Sinister was my most anticipated horror film this month and possibly of all 2012.

Ethan Hawk (Daybreakers) plays Ellison Oswalt, family man and author going broke. He hit a huge success with a book many years ago and since then he's limped along ever since. He decides he's going to give his writing gig one more chance by solving a series of mysterious murders. And what better way to do that than move into a house where one of the family's were killed, right?

Juliet Rylance (Animal) plays Tracy, Ellison's wife, and she does a great job. The emotion between these two really make if feel real, being in a real situation and acting genuine. 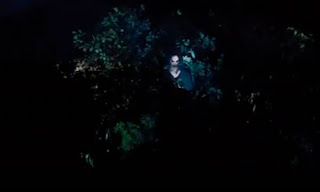 The movie starts off with a very disturbing shot. The realness and the hopelessness of this scene is chilling and it lets you know that this film has balls, and that it was going to scare the hell out of you. When Ellison goes into the attic to store moving boxes and finds the box with projector and Super 8 films, I knew it was going to pick up from viewing the trailer.

The film brought the suspense and chills just about instantly and kept you on an uncomfortable edge the whole ride. Never knowing what's coming or what to expect or when to expect it. It got alot of reactions from me and the people who I were with, as well as several other viewers in the theater.

When Ellison is watching the films is downright chilling. The grainy picture of the Super 8 films adds to how real the videos looked and felt, like you were watching a home movie of a murder happening. And that's exactly what he's doing. They were gritty and disturbing. 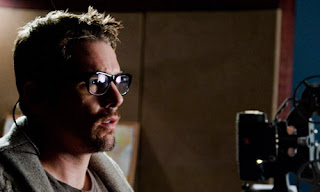 There's one murder that he watches that I thought was shot perfectly, the camera pulls away before you see the grisly murder happen but you can see the after effects in the reflection of Ellison's glasses. I love when people know how to utilize what you don't see and make it scary.

I love gore and seeing everything as much as the next guy, but I always appreciate a movie that doesn't rely on showing you everything to scare you.

The first scene where Ellison sees Bughuul is tense and terrifying. All the zoom-ins that Ellison does only adds more mystery to Bughuul, and it makes you scared because this isn't something you've seen before. Ellison realizes there's a weird symbol at all of the houses where the previous murders have happened and goes digging to find answers. He doing so, only makes things worse as he starts to feel he's being watched and hears weird noises at night. 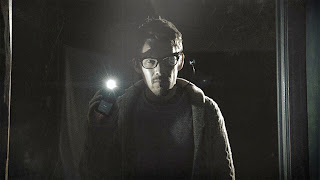 As the movie progresses it gets more terrifying and the jumps are almost as constant as the nail biting. Proving that it is a real horror film, meant to scare and disturb you. As well as being very original and creative and not a remake. The more Ellison learns about Bughuul the more he realizes that he may have made a grave mistake by digging into these murders.

My overall reaction of the film is very positive. Sinister did it's job. Plain and simple. It delivered a haunting, terrifying tale and it brought the scares. Sinister had a little bit of humor in it, but by no means is it a funny movie. Or a movie that gives alot of humor to lighten the mood. It's a straight forward horror film.

I thought the acting was spot on. I thought the scares were well placed and effective and I think the story was very well done. The effects were done with class and Bughuul looked enormously creepy. His presence causes chills. 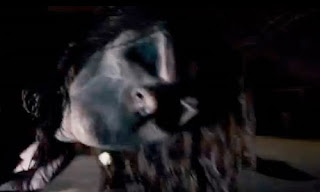 The way it all plays out worked wonderfully and fitting. This movie isn't cute and it isn't pretty. It's dark and scary and you'll remember it when you leave that theater. The ending sits with you and it's perfect for this film. It isn't a perfect film, it has its flaws but it's a damn good horror film and stands big and tall against other modern horror films. I see Sinister being a classic like The Descent (2005) and being remembered and favored by alot of horror fans for many, many years to come.