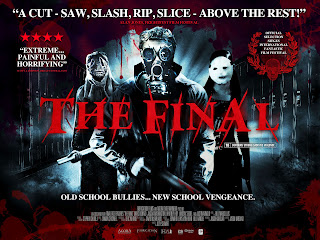 Synopsis taken from IMDb
A group of high school outcasts get revenge on the students that torment them.

After work the other day I had time to squeeze in a movie and relax, so me and the girlfriend picked "The Final". It sounded decent and since I haven't seen it before I went for it. The synopsis got me intrigued, anything that has to do with bully's getting their just deserts always peaks my attention.

I was never really bullied in school, I kept my head low and kept to myself, but I hate bullies. Even though I wasn't a victim of any myself, I can't stand the idea of people being picked on or beaten up and humiliated all for the satisfaction of making the bully feel good about himself. It angers me at times to think how cruel people can be for no reason but to further their own popularity. To me, there's nothing cool or funny about making people's lives a living hell.

In this film however, the victims take it a bit too far. A good swift ass kicking would have worked. But instead these outcasts pretty much throw their lives away to get revenge on those who have mentally and physically scarred. The kids in this movie are really pushed to the edge and it's sad because when you see them before they exact revenge you see that they're good kids, they just had too much humiliation for a lifetime. 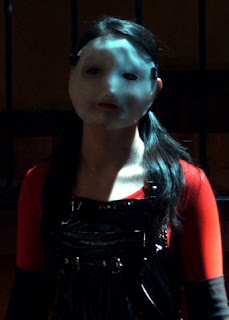 It angers you as the viewer to see the youths having milk thrown at them and laughed at, to see them get jumped in the bathroom and break their camera. It's a sick feeling in your stomach to see people victimized like that for no reason.

At first you can see the youths are planning something, but you're not exactly sure what it is. But you know it isn't good news. None of it. The bullied youths have put a plan together to get all the bully's that have tormented them for so long. And seeing as they're nerds, you know their plan is more than likely a good one.

I really liked the costumes the teens wore in this movie. They're eerie, creepy and haunting. Their costumes showed you that underneath the masks and outfits you knew they're emotions matched that of the costumes. Cold, heartless and broken. Nothing left but to get the satisfaction of revenge. 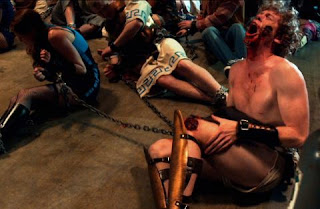 All the bully's that have taken joy in their belittling are all invited to a private party, and little do they know that they're heading straight for their demise. They wake up chained together on the floor of a house. And they're hosts are hidden behind creepy masks and they find out quickly that this isn't the party they were wanting it to be.

It got truly chilling to see how far these teens were pushed by the bullying, they're stone cold brutal and have no remorse. They have one simple goal- to make sure that none of them leave without something to remember them by. The torment they endured day after day turned them into a group of psychopaths who take things to far. They not only stoop to the bully's level but then do worse and damn near traumatize them. They cut off fingers, put cream on some of the popular girls' faces that is some sort of acid and eats away the flesh on their faces.

The worst for me is when they sever one of the bully's spinal column with a knife. You started to feel really bad for these bully's and they beg for forgiveness and to be released. But there's no sympathy left in these teens. 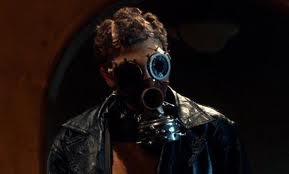 Dane, who establishes himself as the leader of the pack of outcasts calls all the shots and even starts to kill off some of his own pack for showing signs of weakness and sympathy. He's drunk on power and revenge and he's ruthless. He only wants to inflict pain.

However, the film starts going down hill once Dane takes his mask off. With his mask on his voice is distorted and mean, but when he takes it off and you can hear the emotion in his voice the his inflection it takes away from the effect the voice distortion had. Mostly because the acting was bad, so bad it makes the movie a little cheesy.

As the movie progresses we see the pack fall apart and inner turmoil arise. It's a downward roller coaster and you don't know what's going to happen next. Although you're grinding your teeth at how bad Dane's acting is and it makes it hard for you to take the movie serious anymore. It's like the first half of the film was a different movie then the 2nd half. It changes and not for the better. The first half was really, really good. 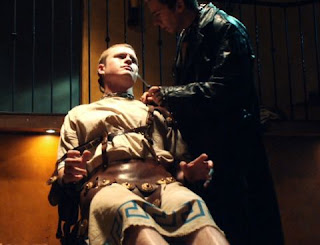 The movie has a tragic ending, not one I'm surprised with, but it was a good ending. But the taste of cheese is a bit hard to shake at this point and it's taken it's toll. 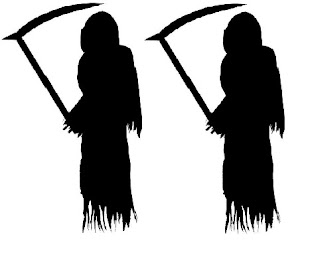