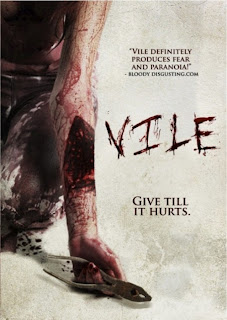 Synopsis taken from IMDb
A group of friends stop to pick up a hitchhiking woman only to end up getting drugged by her with a gas. They awaken to find that vials have been implanted in the base of their skulls- which are of course instantly fatal if they are removed, a grinning professional looking woman informs them on TV screens that they have 22 hrs to fill these vials with a specific amount of brain fluid, a fluid that is produced during times of extreme pain. Along with another group of unlucky test subjects and with time ticking away they decide to work together and share the burden or reaching their painful target.

I believe this was under Netflix's "recently added" category and I added it a few days ago. I didn't really know what this film was about but the title got me as did the cover.

And instantly I thought "this is going to be a Saw ripoff". As I watched the film I noticed from the bat that the film's picture quality is bad, it's one of the straight-to-video Blockbuster movies. So I knew this film was going to blow, but I was hoping that it'd surprise me and be a diamond in a rough.

The film starts off with a group of friends in a car. The scene was poorly shot, the dialog was awful and the acting was just as bad. I almost turned the film off here, but I decided I'd torture myself and see it through to the end.

My original impression that this was going to be a Saw mimic was wrong, it was a Saw AND Hostel mockery. It was so unoriginal it hurt. They took people and wanted them to torture themselves in brutal ways in order to get the brain fluid they need in the vile on their necks. They do this and add sad music to it, and by doing this they make you try and feel horrible for these people. They try and make it a sympathetic sort of thing, only the characters have no character so you really don't care what happens to them. 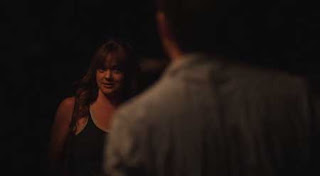 This was a torture film pure and simple. They want you to watch horrible acting with a horrible plot and feel bad for them as they have to torture each other and themselves for ridiculous reasons.

I don't really think there was a redeeming quality for the film. They tried to fill it with a couple of twists but it wasn't pulling this sinking ship afloat. The ending was dreadful. Typical and redundant. Totally unimpressed.

I think the worst torture of this film is the one the viewer goes through watching it. 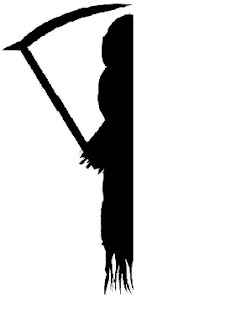