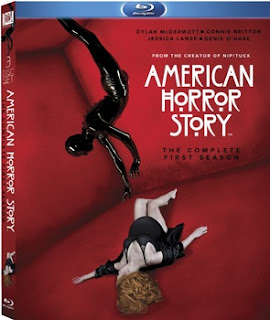 Ryan Murphy is the creator of the retired FX original series Nip/Tuck. The show went downhill for it's remaining seasons and had a disappointing finale.  This left us wondering what was next for Ryan Murphy. As it turns out, he's behind creating another FX show, American Horror Story. A supernatural horror drama that's completely opposite of his previous work with Nip/Tuck. I'm not jumping the gun when I say that AHS has already outdone Nip/Tuck.

AHS centers around the Harmon family, Ben (Dylan McDermott) and Vivian (Connie Britton) and their teenage daughter, Violet (Taissa Farminga). Ben and Vivian's marriage is on the rocks due to Vivian being pregnant with a stillborn and walking in on Ben having an affair with one of his students. Ben and Vivian has no trust in their relationship. In an attempt at a fresh start, Ben and Vivian move into a beautiful home dubbed "The Murder House" unbeknownst to them. The house has a dark past full of blood and is extremely sinister. As the show goes on you uncover al the grisly details that give the house it's dreadful history. 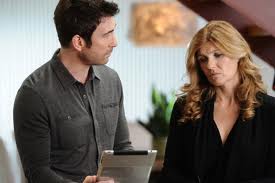 Violet is the weird kid at school, instantly making enemies at school. We uncover something shocking at the end of the season about Violet and it's a brilliant twist. She becomes enchanted with Tate (Evan Peters), one of her father's patients. 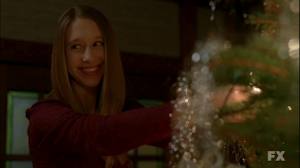 Tate is dark and somber like Violet, so they instantly attract. He even helps her get rid of some bullies. We see Tate has a dark side and as the show goes on we learn his demented history and origins. 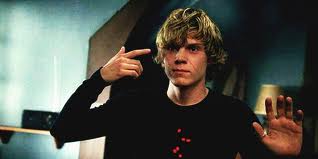 One of the shows most famous characters, and definitely the most iconic character of the show, The Rubber Man. No one knows who he is, other than he prowls the house in a kinky sex suit. In the later episodes of the season we learn the sex suit's history. I love who The Rubber Man turns out to be. 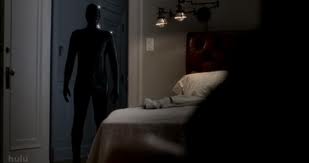 The Harmon's maid, Moira (Alexandra Breckenridge) is a truly good character. Learning her dark, sexy path is one of the best elements of the show. Ben sees her as young, sexy and seductive because the house allows him to see what he wants to see. Her real appearance is of an old woman with a blind eye. Vivian sees Moira for who and what she really is. 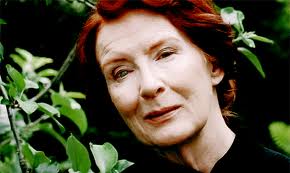 There's a severely burned man named Larry (Denis O'hare) and he begins to harass Ben and wants to be paid a thousand dollars. His history is deep and tragic. I really liked this character. He becomes a key player in the cast. 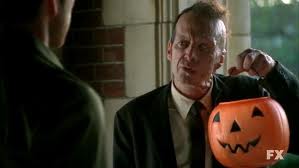 Chad (Zachary Quinto) and Patrick (Teddy Sears) are a gay couple who have a history with the house and are haunting it. Their story plays out well and answers alot of questions.

Hayden (Kate Mara), Ben Harmon's student that Vivian walked in on him having an affair with, shows up with some harrowing news. Her story and what happens with her is very clever. I liked her story as well. 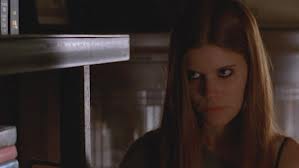 Dr. Charles Montgomery (Matt Ross) and his wife, Nora Montgomery (Lily Rabe) are the first owners of the house and give the house it's bloody beginnings. Their story is a twisted Frankenstein, it's evil and twisting, but enchanting. Their past is one of the top best things of this show. 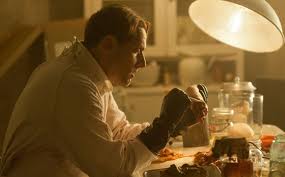 And of course, there's Constance (Jessica Lang), played to perfection. This character is elegant and twisted. She steals the show and ties in with all the other cast members. She has a dark, morbid past and connects everyone together. Lang won a well deserved Emmy Award for this role. 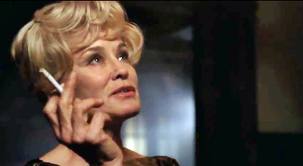 American Horror Story is storytelling done to perfection. It's as elegant and charming as it is frightening. It's full of rich character development for characters you care about. The story unfolds wonderfully, there's some loose ends but everything doesn't have to be explained. Some things are better left unsaid. I'm a big fan of this show, it's entertaining as hell. Season 2 has already aired and is off to a not unexpected great start.

SPECIAL FEATURES:
- The Murder House presented by Eternal Darkness Tours of Hollywood: this the tour you see on the show, only you get the whole tour and go inside the house and see its interior.

-Behind The Fright: The making of American Horror Story, it takes you deeper into the mind of the show and it's creators. I like going into the belly of a show and seeing what makes it tick. This was cool to watch.

-Overture to Horror: This was my favorite feature on the special features, it's about creating the title sequence of the show and the creepy theme. Once I found out Nine Inch Nails was behind the theme I realized how obvious it is.

-Out of the Shadows: This feature is all about meeting the house guests and going in depth with their characters. I liked viewing this one as well.

American Horror Story is a show you should own without needing special features. It's a really good show and deserves the credit it's given.

The Blu-ray or DVD is worth a purchase if you like owning good television shows. It's in my collection.
Posted by Drew Grimm Van Ess at 8:22 PM