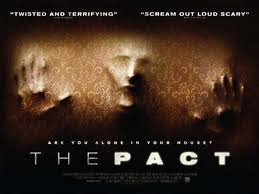 
Synopsis taken from IMDb
As a woman struggles to come to grips with her past in the wake of her mother's death, an unsettling presence emerges in her childhood home.


This is one of those films that slowly crept its way up my list, after finally watching it I'm wishing I hadn't waited so long. This film was scary pretty much from the start, I really enjoyed this one.

The film starts with Nicole Barlow (Agnes Bruckner) taking to her sister Annie (Caity Lotz) on the phone, making preparations for their mothers funeral. From what Nicole says, it appears Annie didn't like their mom and doesn't seem too enthusiastic about helping with the arrangements. Next Nicole is on her laptop talking to her daughter via video chat and this is when the film really kicks it up. The suspense hits you quick like an uppercut. Nicole enters a dark room in the house. 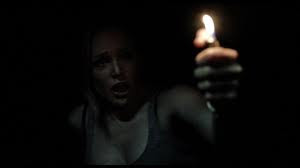 When Annie arrives Nicole is nowhere to be found, making Annie suspicious. She makes some calls to see if anyone's heard from her but gets nowhere. Later that night Annie has a weird dream about her mother and someone else she doesn't know. She also dreams of a shirtless man crying. Annie sees a figure in the house and follows it into her cousin Liz's (Kathleen Rose Perkins) bedroom. She then is attacked by an unseen force, but before it gets too severe she's able to escape. 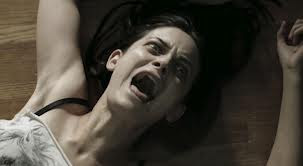 Annie tells her story at the police station but is overlooked, officer Bill Creek (Casper Van Dien) is suspicious of Annie taking part in her mother sister and cousin's disappearances. Later that night, Annie dreams of the shirtless man crying again. Soon after, she contacts Stevie Hudson (Haley Hudson), someone who's said to be a psychic. Stevie agrees to come along and check out Annie's house, it doesn't go well. Stevie becomes hysterical and screams the name "Judas" as shes moved around on the floor by an unseen force.

From there on the movie just becomes more and more suspenseful and doesn't ration the scares and jumps. There's plenty of all. There's a good handful of nail biting moments, the really turn the pressure up. It was an entertaining ride. 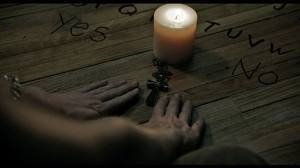 The acting was impressive, the movie appears low budget but they rock it. A movie of this caliber often isn't supported by the casts ability, but this cast did a convincing job. It definitely helped the movie and made the story more intriguing as it went on.

The twist was brilliant, I couldn't have called that one. When I realized what was going on I was surprised and uneasy. This film definitely heaps on the creepiness. 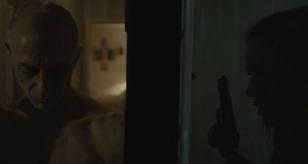 The ending was strong and no doubt helps add to the overall solidity of the film. Very solid horror film, it gave me just about everything I look for in a horror movie. It wasn't perfect, the acting suffered at parts and I didn't like the music choice for some scenes, it became annoying to me. Other than that, this film was really good.