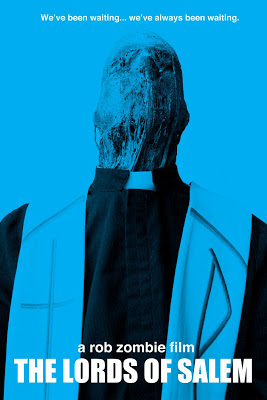 While I stand by the fact that Rob Zombie's Halloween and H2 are complete crap, I am still a fan of House of a Thousand Corpses and The Devil's Rejects. So I think there's some hope for this one. I won't hold the Halloween movies against him, I still know he has some potential. I happen to think he's a good director with a good vision for horror movies, I just don't think he was the right guy to tackle Halloween.

This new trailer for The Lords Of Salem actually gives us some synopsis of the movie and dialogue. This looks to have some serious promise to it. It looks like it's going to be a twisted Rosemary's Baby. Hopefully it's as creepy as this new trailer makes it look. Just from looking at the scenery you can spot it as a Rob Zombie film, it definitely has his touch.