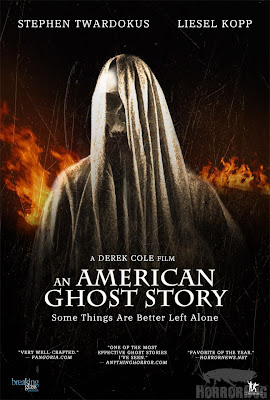 Synopsis taken from IMDb
When Paul, an unemployed writer, decides to rent and live in a house that's rumored to be haunted, he puts his life and his relationships in grave danger as he obsessively attempts to get the story that will finally make his career.

I viewed a private screener for this only a few days ago, after hearing about it from several other bloggers. Like everything, I went in open minded and gave it a chance. Made on an estimated $10,000, I wasn't expecting a whole lot out of it, but I always remain optimistic.

When the film ended, I had mixed emotions. There were things that I liked, and strongly disliked. For one, this is a slow burning horror film. I've got nothing against movies that take their time building suspense and atmosphere. This one, however, was a let down in the sense that nothing ever really happens. This one burns a little too slow, and instead of building the aforementioned atmosphere, it takes the viewer out of the film.

It is excruciatingly boring at times. I don't mind that it takes a while for events to occur but, this movie really draws out and takes it's time. And the most disappointing thing of all is that the scares that do eventually happen, they aren't worth the tiring wait that you've sat through.

Secondly, when things did happen, when the big scares did occur, they weren't anything original that we haven't seen before. It was recycled scares. At first, I was a bit creeped out, and I've gotta give the film credit for managing to get a reaction out of me at all. However, the effect wasn't long lasted and was shortly lived the second I had a minute to register what had happened. The scares are good for quick responses but, other than that, nothing memorable there. The biggest of scares has to do with a moving sheet, something we've seen 100 times over in such films as the "Paranormal Activity" series. 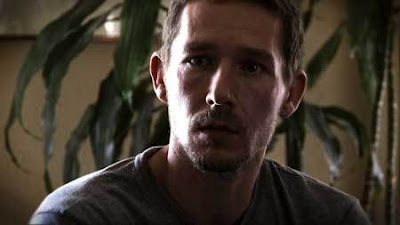 I can't say that I was expecting great acting but, the performances actually weren't that bad. Like all films of this quality, a lot of dialog seems forced and not genuine, and the acting can be dry and flat at times, but in the end, it wasn't too shabby. Not saying it was anything worth talking about either...

The character development is there, but it's not fully brought out and allowed to bloom. So even though the story's there, we never see anything that brings these characters out of being one-dimensional.

The story however, to me, was a watered down version of 2012's "Sinister". Guy moves into a house, and is hellbent to stay, regardless of how much damage it'll do, all for the sake of writing a book. So, the film loses out on the originality aspect too. I get that resources for low-budget/indie films are very scarce, but I expect a little more than just the standard ghost story. I want to see an inventive take on things, and a movie that isn't afraid to take risks, in which this one takes none.

Being unbiased, I've gotta take a second to mention that I do appreciate the vision this film was going for. Instead of blowing the budget on some cheap, terrible effects, simple and subtle actions were taken. On a positive note, this is a little effective flick for what it is. It's just nothing you're going to walk away from and recommend to friends. 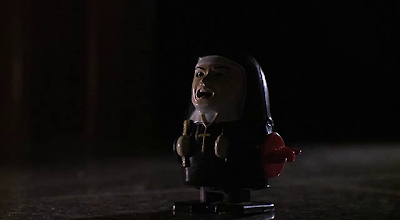 In conclusion, this is worth a one time watch to anyone willing to give it a chance. It's a good motion picture to get a few goosebumps out of you, if only for a few moments. Could have been better, could have been worse. Can't say I'm really impressed, can't say I despise it either. It falls in between somewhere. Not sure I can say me and this film will ever cross paths again, life goes on. If this picture had more substance it would have been a lot more effective.