Two Horror Shorts That You MUST See


After an insightful email from filmmaker Peter Dukes, founder of Dream Seekers Productions, I was turned onto two horror short films that he's made. The description of which, had me automatically invested. Peter Dukes has directed more than 14 films, most of which are horror. He's also had critical appraise around the world for his sense and style of filmmaking.

Upon watching these short films, I couldn't help but smile. Here are two mini movies that were done on very little time and money, yet they somehow manage to be high quality and very well shot. I'm not saying I'm the hardest guy in the world to please (because I'm not) but, I usually don't enjoy short films as much as I do these ones.

These works of love for the genre show true skill and will for making entertaining horror films. I'd like to see what Peter Dukes could do with a full motion picture production budget, now that'd be interesting! There's very good visual clarity to these shorts. And although they're very simple concepts and not much really happens during their duration, you're never not entertained while watching. And the fact that something so simple could be done in such a way as these are is a true achievement. I'd sure as hell be proud of these if they were my films.

First up, you've got "LITTLE REAPER"- A horror comedy about the grim reaper's difficult teenage daughter and how she must take her dad's duties for one day. Chaos ensues. 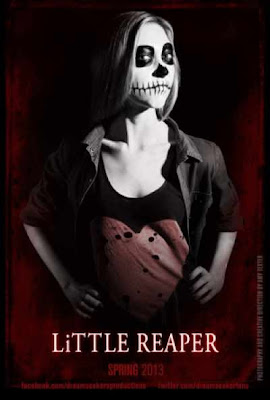 This one is funny, charming, endearing and thoroughly enjoyable. There's quite a few funny moments actually. Especially considering it's so short. But don't just take my word for it, watch it for yourself!


Next up is "THE BEAST"- An old fashioned horror picture about a father struggling with how to handle his only boy, who's been afflicted with the curse of the werewolf. 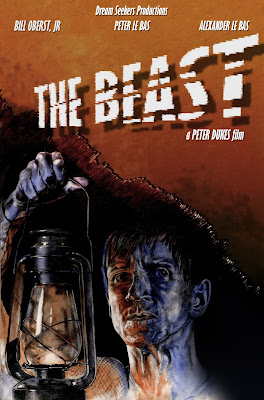 This one is probably my favorite of the two, even though I like them both. I've always been a sucker for werewolves, and this is the more serious of the two. This one is more intense and plays on a serious level, there's no humor to this one. The acting is remarkably good as well!

I'm glad these were brought to my attention, and hopefully some of you will enjoy them as much as I have. You've really got nothing to lose trying them out. They're barely longer than ten minutes a piece, and there's a lot worse ways you could waste your time.

Usually when I think of short horror films, good memories don't turn up, because there's a lot of them out there and the majority of them aren't watchable. These however, are in a different league, and are very well done. If I could find more like these, I'd make a day of watching them!