THE EAST leaves its mark 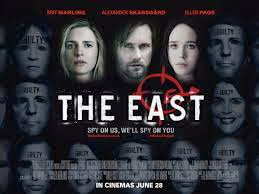 Synopsis taken from IMDb
An operative for an elite private intelligence firm finds her priorities changing dramatically after she is tasked with infiltrating an anarchist group known for executing covert attacks upon major corporations.

I haven't seen a good thriller in a long time, so with The East I wasn't hoping for much. It was a shot in the dark, honestly. Starring Alexander Skarsgard who's most known for his work on HBO's True Blood as a seductive vampire. I like that he and co-worker on the show, Stephen Moyer are branching out and doing new things. But, I guess they have to find new work since the show's ending next season do to it being cancelled. Anyway, Skarsgard shares the screen with Ellen Page and Brit Marling. The three make to be a wise ensemble as the leading cast.

I think that this movie is actually very important right now, with the statement it makes. Really, the characters in this movie are doing what we all really want to do. So even though the act of terrorism is despicable, there's a part of us that agree with what goes on in this story. That is of course, unless you're someone who works in a corporation like depicted in this flick, in which case you probably hate it. 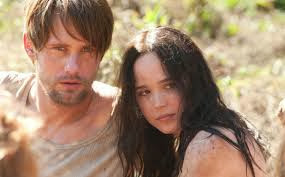 With all that's going on in the world today, people aren't happy. There are those that are content, those that are angry, and those that gave up with the way things have been going in the world. And those who are tired of being repressed are lashing out and speaking up, letting their voices be heard. Everyone has a voice nowadays, and people are acting out towards everything and anything that they don't like. So, this film is a true statement of things that could happen. Only, it's done in a way that you can agree with and/or understand.

Huge corporations are always, consistently raping the wallets of everyone under the sun. And their mostly uppity snobs who are complete scum bags. So, to have a character-based motion picture about such matters is a good idea in my book. It helps to pull you in. The acting is well performed, and the writing is intelligent. But what really hurts this movie is the PG-13 rating. Due to such, the material is watered down and made to be generic.

The infiltration scenes are interesting, but I'm not entirely sure they're believable. But in any case, it's not bad seeing how the characters interact and plan their missions. It's like a James Bond film, but not as smart or entertaining. 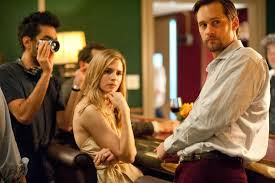 Again, here's another film that had a metaphoric heart, but the beating fluttered out of it. The pace is consistent, but the payoff isn't the finale I wanted. Ending on a low note left me with disappointment that I expected, so I wasn't too aggravated. I consider this to be a one-time watch. I know that I have no plans of seeing it again. Not because it's a bad piece of cinema, but because seeing it once is enough for me. There's nothing about it that makes me want to see it again.

Overall, the story is good, the acting is good, the pace is good, but the pace and story come to a halt that left me underwhelmed and I found it completely expected and commercial. I like the message of this film, but not the execution.