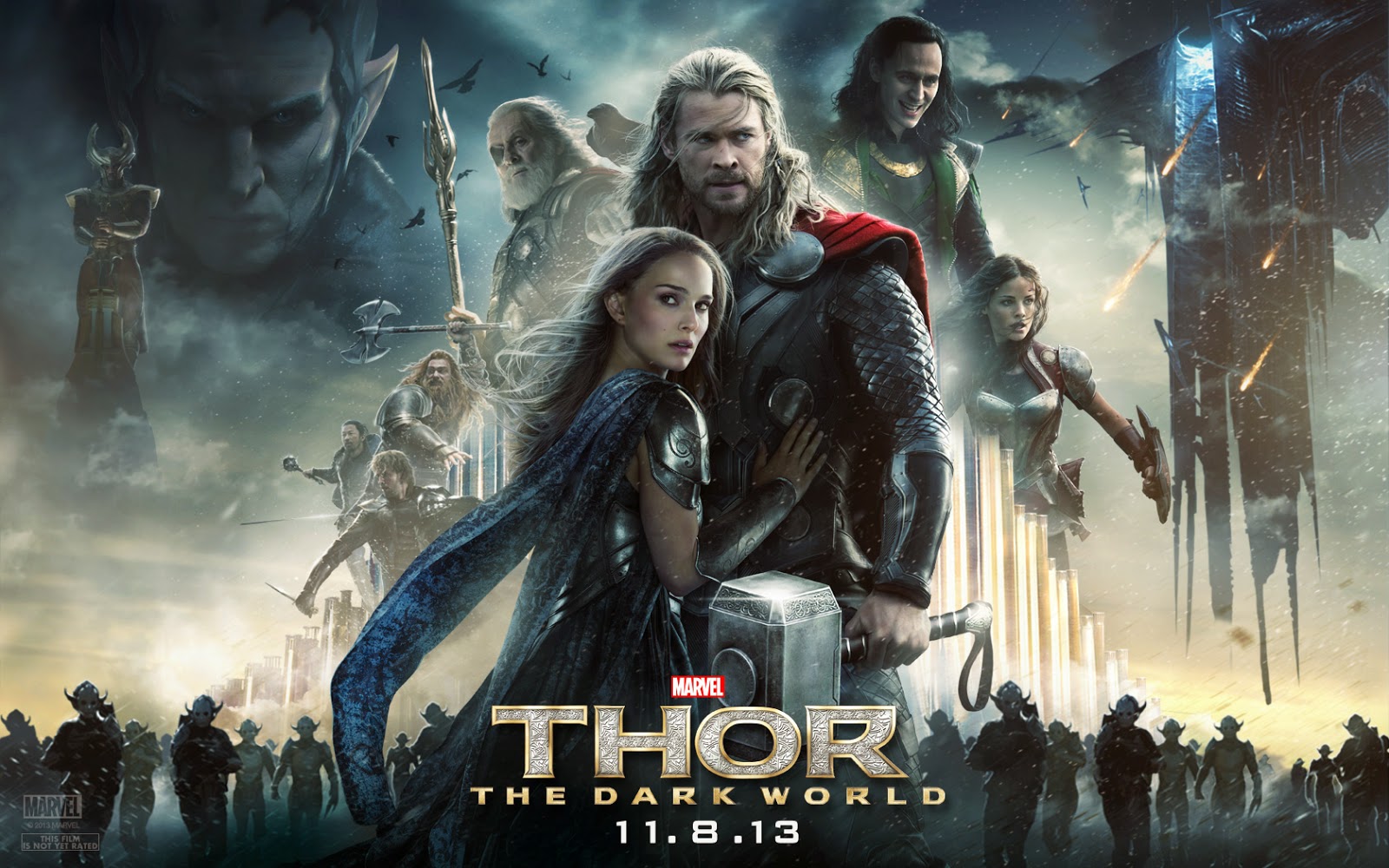 Synopsis taken from IMDb
When Jane Foster is possessed by a great power, Thor must protect her from a new threat of old times: The Dark Elves.


Right before the first "Thor" film landed in 2011, I ran to my local comic shop and grabbed a stack of Thor comics. 13 to be exact. I've never read about Thor, nor had any interest in doing so, but I wanted to do my homework and get ready for the film. Although I wasn't impressed with the comics, the film was entertaining for me, and I liked it more than some of Marvel's other productions. So yeah, the movie kinda made me a fan of the character, but I'm by no means claiming to be enthralled by it.

This time around, the hammer toting God (Chris Hemsworth), is back in a fierce and gritty sequel that takes things to a whole new height of epic proportions. This maintained a childish tone so kids can like it, but it's really dark and not what most people expected. I really like that this didn't get off track by trying to appeal to children. This is a film that keeps it's balls while staying likable to younger crowds.

Despite all the cgi and the unnecessary one-liners, this actually turned out to be a damn good sequel. And Loki (Tom Hiddleston) was actually my favorite part! For such an unlikable scumbag, I'm getting used to his antics and starting to see some appeal in the character. I also think that this time around, some effort was really spent on making you see a new side of him that makes him likable.

Once Thor's love interest, Jane (Natalie Portman) becomes possessed by the Aether, a weapon that is used by the dark elves to destroy the universe, things become complicated. Trying to find answers as well as save the woman he loves, Thor must call on his deceptive little brother to help him. Seeing Thor and Loki work together really makes you wish they weren't enemies, because they're a damn good team. 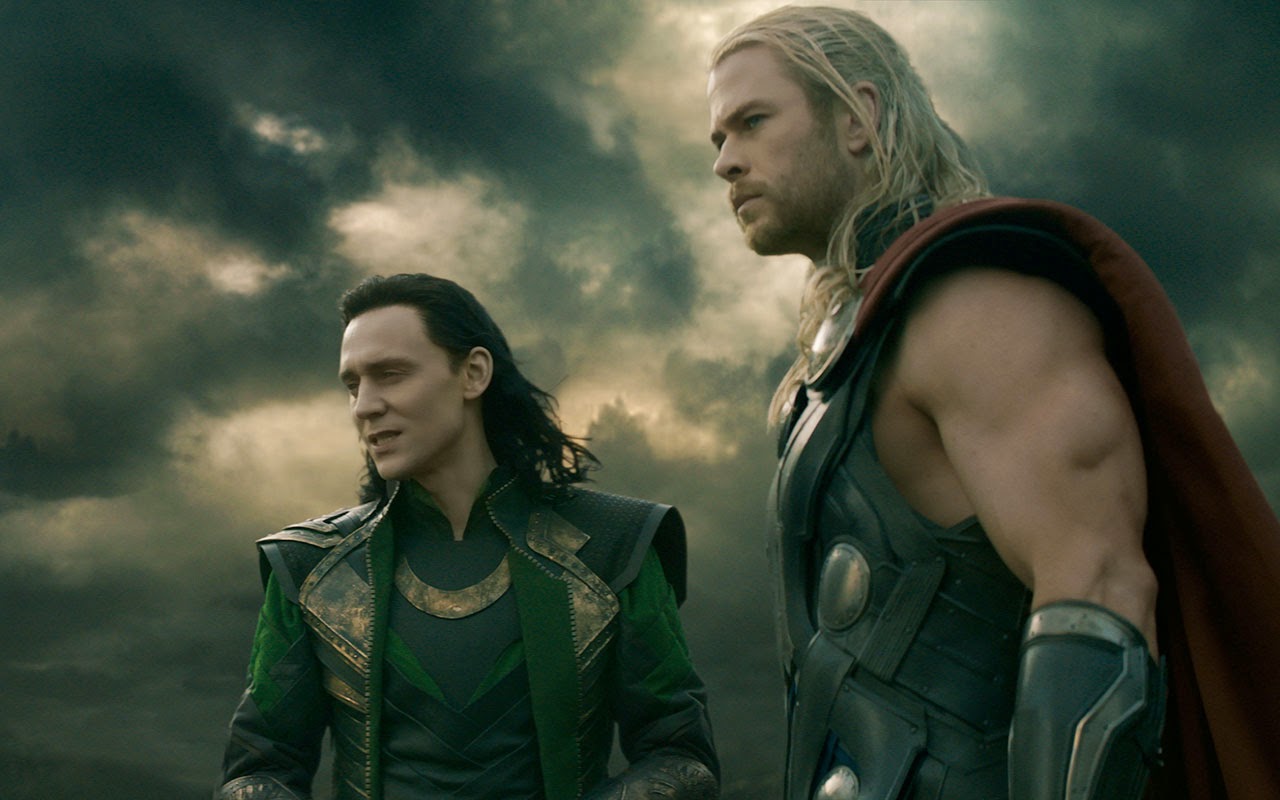 Asgard, home of Thor and his father Odin, is attacked savagely by the Dark Elves, and they make their point loud and clear, sending a message to all of Asgard. We get a little peak of what's to come as there's some scattered action battles, but nothing like the ending in which things get real thrilling. As a matter of fact the very end, right before the credits is probably my favorite scene in the movie. I expected it, but I didn't. Hard to explain, but I'm glad it ended like it did.

One thing that I find disappointing about comic films is that certain people are safe. There's always a looming danger, yet everyone always makes it out alive and kicking. Just like how in kids movies there's always a death that lasts about two and a half seconds before it's revealed that by some magical way they've survived and aren't going to die. I find that to be a  real bummer about films like this, and it's what is truly stopping them from reaching their potential greatness. And when someone is killed it's small characters that aren't really needed anyway. They're just kept around for comedic entertainment and have outlived their purpose for the story.

And I'm over the love story part of all these types of movies. I understand having love interests, but it's just too much! It seems every superhero has their head half up some girls ass and the other half is trying to save the world. I just wish that every superhero movie didn't have to end with a cheesy hug and kiss. I think that although there's still some creativity left in  comic book movie films, it's still becoming a bit repetitive. And I hope someone can come along and change that, before that light burns out for good.

Somebody needs to think of something new to start doing in these comic movies that makes them not so easy to predict. Ones that do, like The Dark Knight Trilogy, stand out higher above the rest.

"Thor: The Dark World" is a fun and tense ride, but don't expect to much from it. Or instead of being surprised, you'll be left hanging. For what it is, a movie about a God fighting evil elves, it's pretty good. After a second viewing, I think I'd place it above the first film.