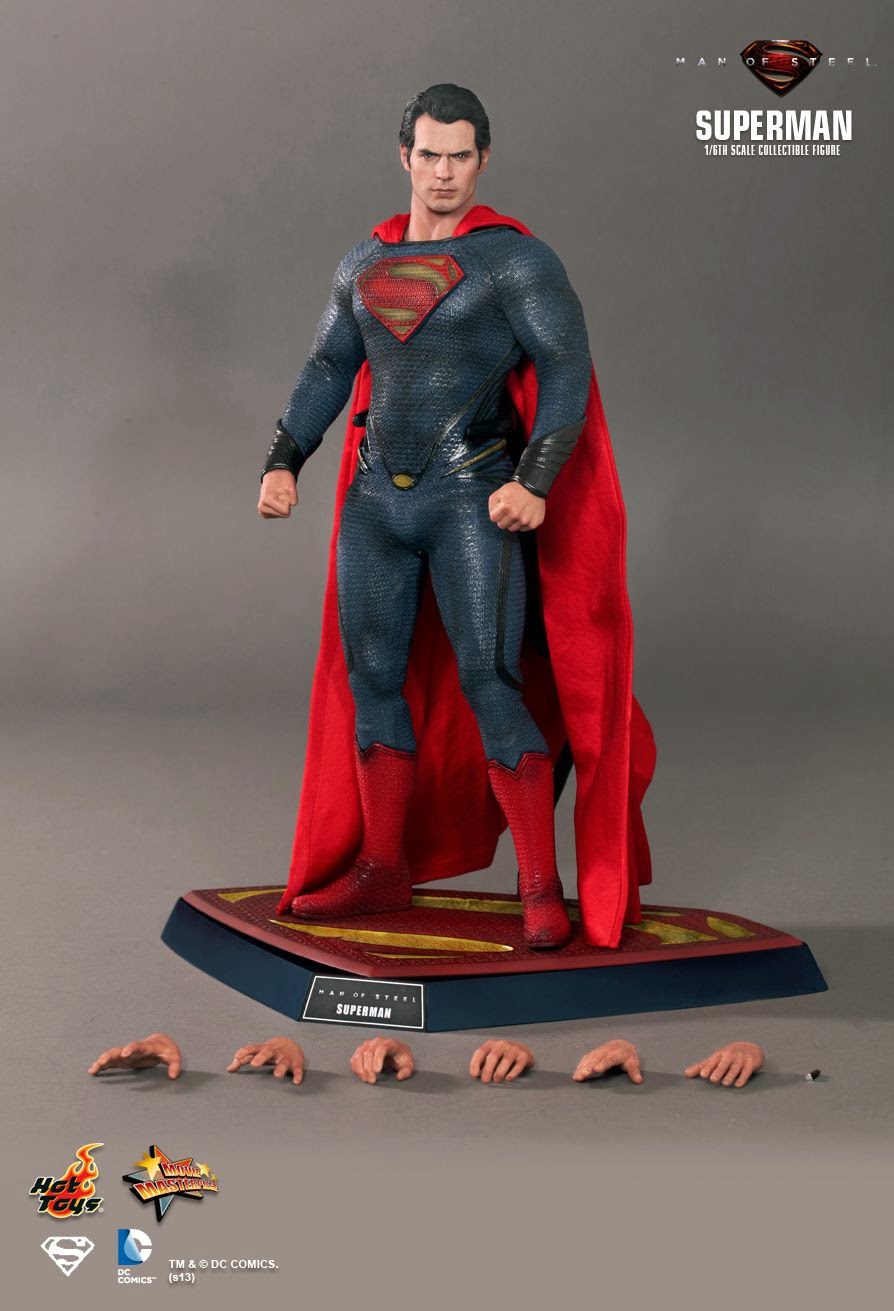 Having never been a big fan of Superman, I was surprised at how much I enjoyed "Man of Steel". But once I knew Christopher Nolan was on board, I was sold and knew to expect good things. Despite negative reviews, the movie is really good in my eyes. And it's not as childish as some of the other comic films to come out...

So, having never expected to own a Superman action figure, it's a pleasant surprise to have such a great figure of him in my mancave. Although he's a simple figure, the realism is insane, and it sells the figure. The costume is amazing, and also the second reason this was worth the cash. 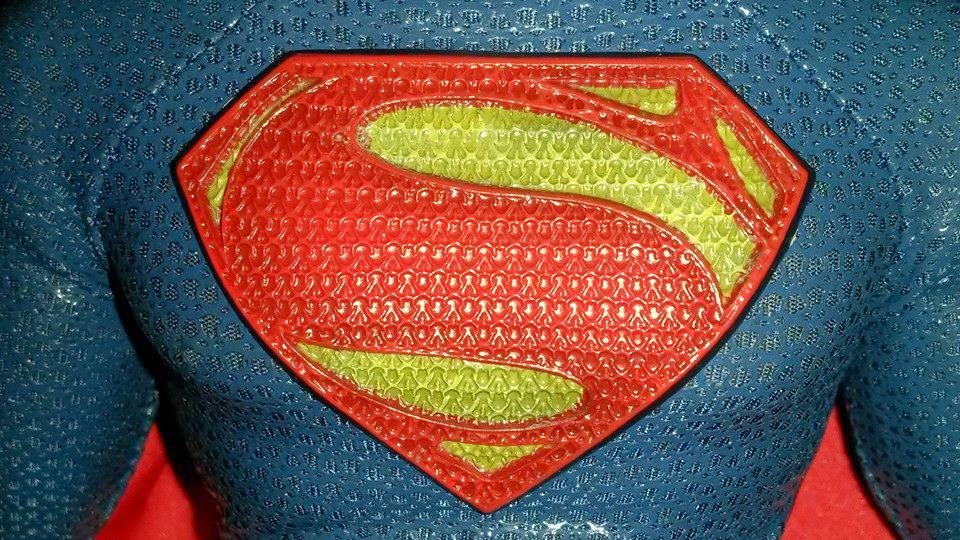 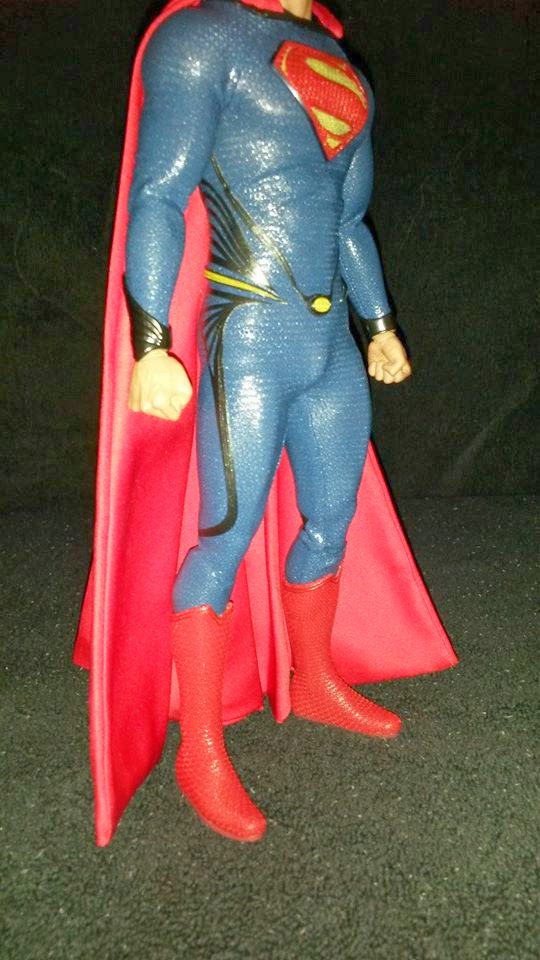 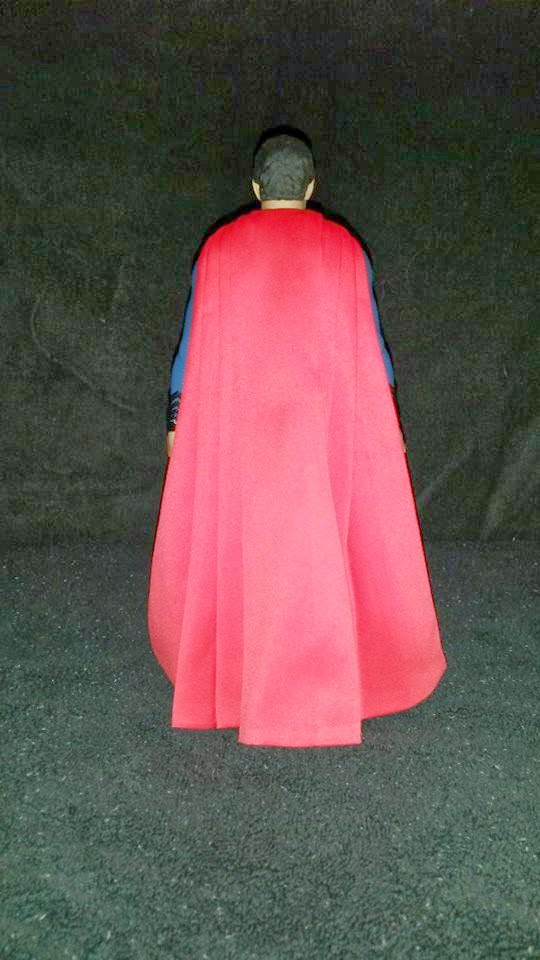 This one comes with a new body made to fit this Superman. It's broader, taller, and has over 30 points of articulation. Standing him next to my other Hot Toys collectibles, he looks like a giant. And the Henry Cavill likeness is on point! That with the overall skin texture paint job, and this bad boy is a winner for anyone's glass displays shelves.

It comes with one of the nicest bases/stands that I've ever seen Hot Toys produce. It's one of the best ones that I own, and it really makes the figure pop out even more than it already does. Only great figures deserve such a base, and it's very fitting. It actually has a bendable holder thingy so when you pose him on the stand, you can make him flying and just hover over the base, which looks bad-ass. However, unless you want to pose him flying in a vertical pose, it's useless because they didn't give his cape wiring. 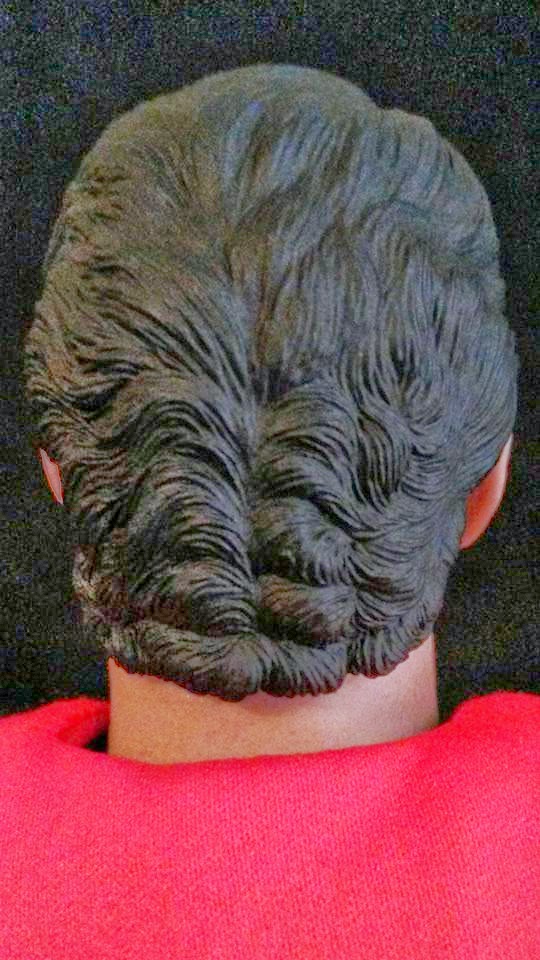 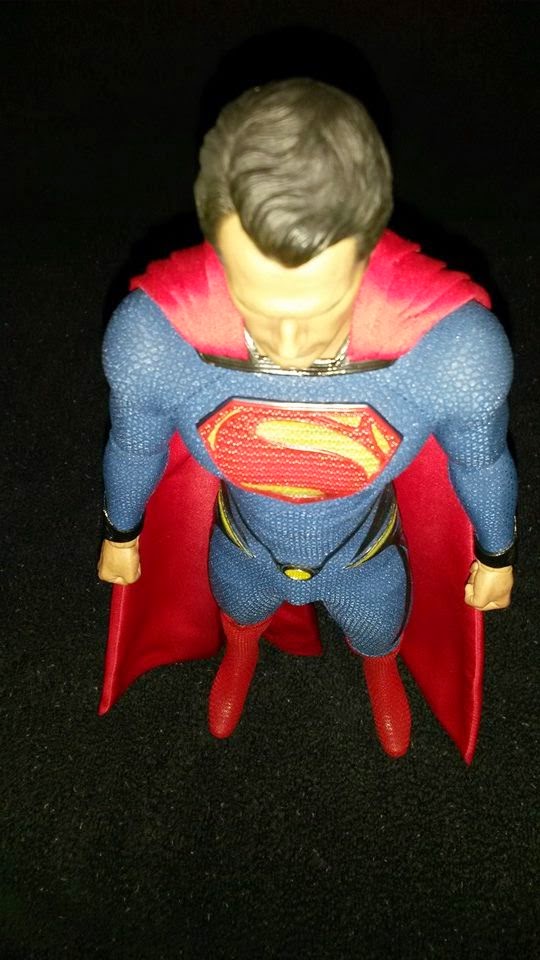 So if you want to make him laying on his side or stomach in a flying pose, his cape just falls wherever it wants to, making it so that such cool poses can't be achieved. I'll never know why they didn't include wiring, and that will haunt me, because a stand that allows the figure to maneuver in such ways, it goes wasted on generic poses. That was just plain and simple stupidity on Hot Toys' part.

This definitely isn't the best Hot Toys figure I own, nor the best they've ever done, but that says a lot when you have something that looks this incredible and yet you have somethings that are better. I really just think it boils down to the simplicity of this piece that actually lowers its coolness. If it came with maybe, a set of clothes to change him into Clark Kent, or even an alternate sculpt with a laughing head or maybe a smile, such things would have upped this guy for sure. 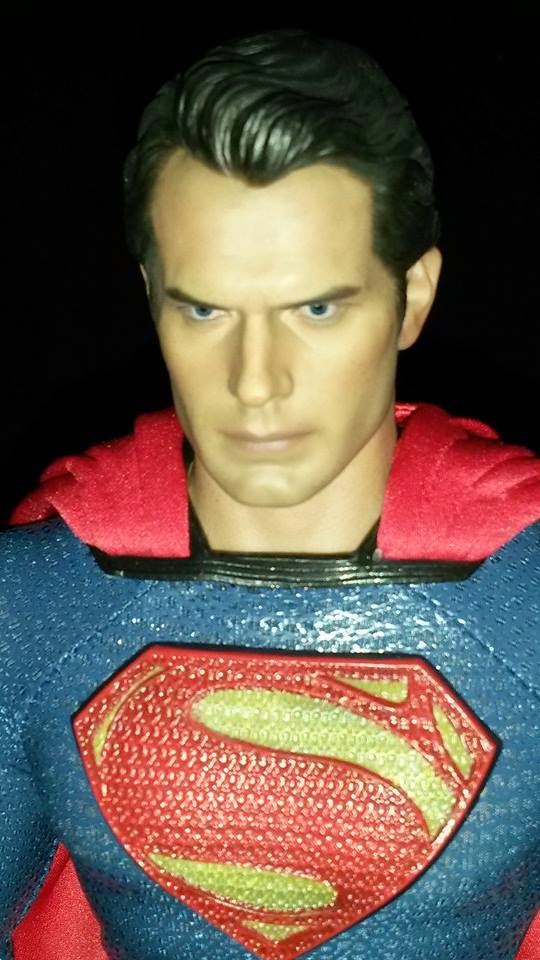 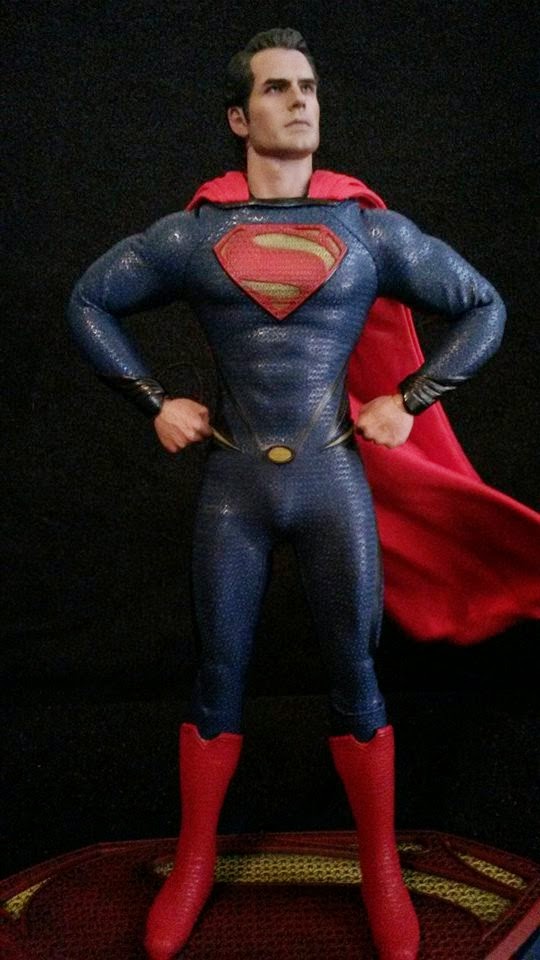 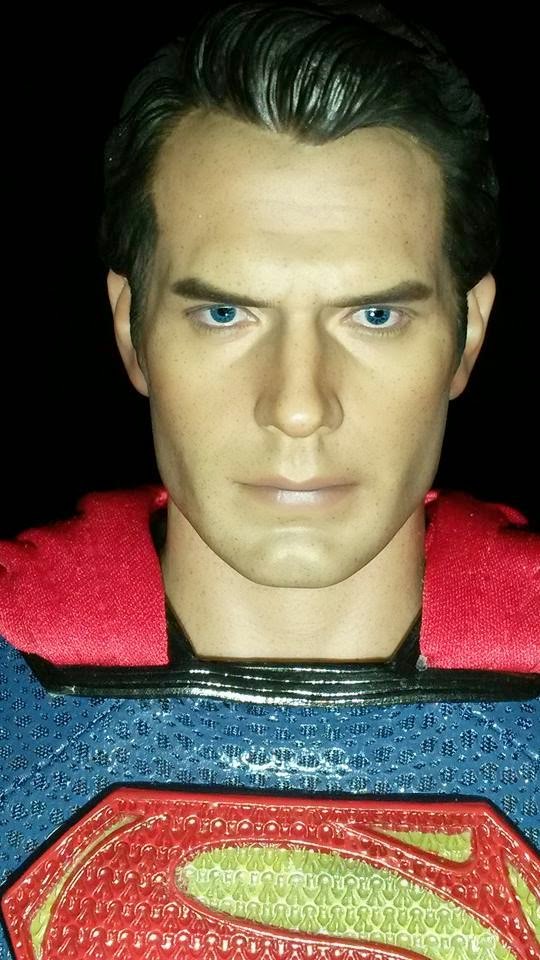 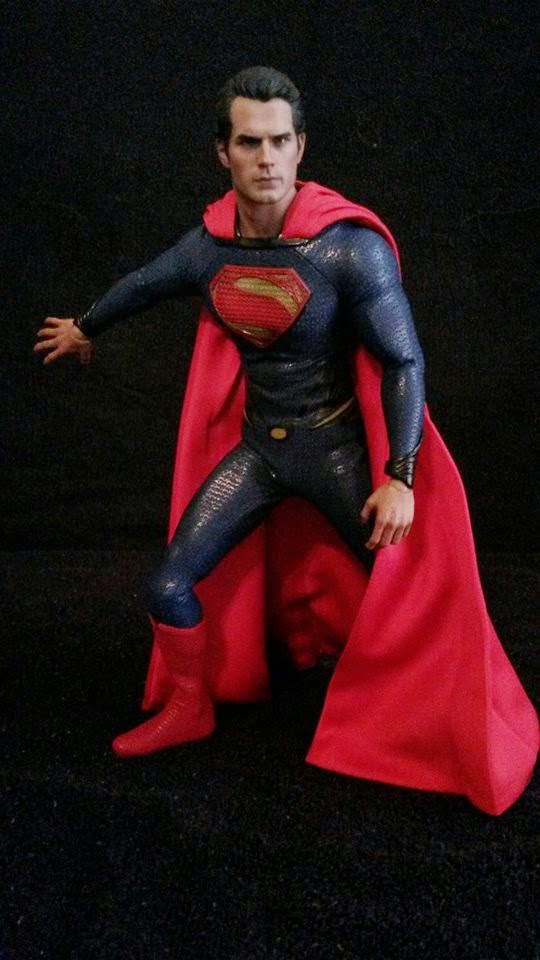 Another problem that I have with this one, is that you can't achieve too many poses with the costume. It looks and seems to be completely accurate (aside from the S on his chest being slightly lower than in the film), but in actuality it doesn't allow much movement in the arms for if you want to pose him flying.Once his arms get to about where his nose is, you can see the arms of the suit bunch up and get tight. So for fear of tearing the suit, it limits the poses. He does come with four different sets of hands though, which allows him to do some cool stuff.

So basically, if you just intend to have him standing normally in a boring pose but looking super realistic, then it's worth a buy. I luckily found a descent pose for mine that included the hover look. But all in all it's a really nice and detailed figure. I believe the fact that he looks so real has to do with the fact that he's a simple figure. I think they beefed up and showed off how realistic they can make their products on this one to compensate the lack of accessories and a price tag of $200.

And no, I'm not going to mention anything about this figure being anatomically detailed. My lady friends have already said it all. So I'll let the ladies enjoy and talk about that amongst themselves (laugh). 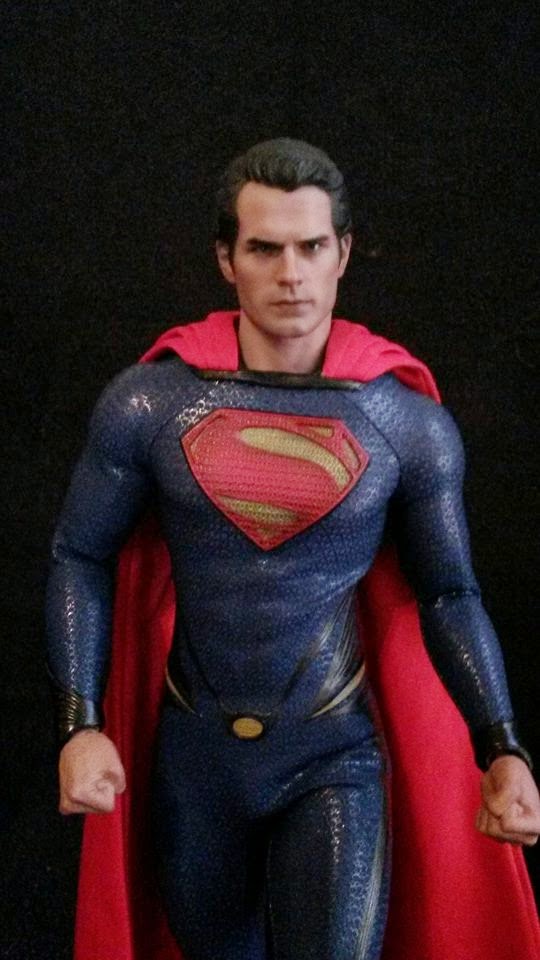 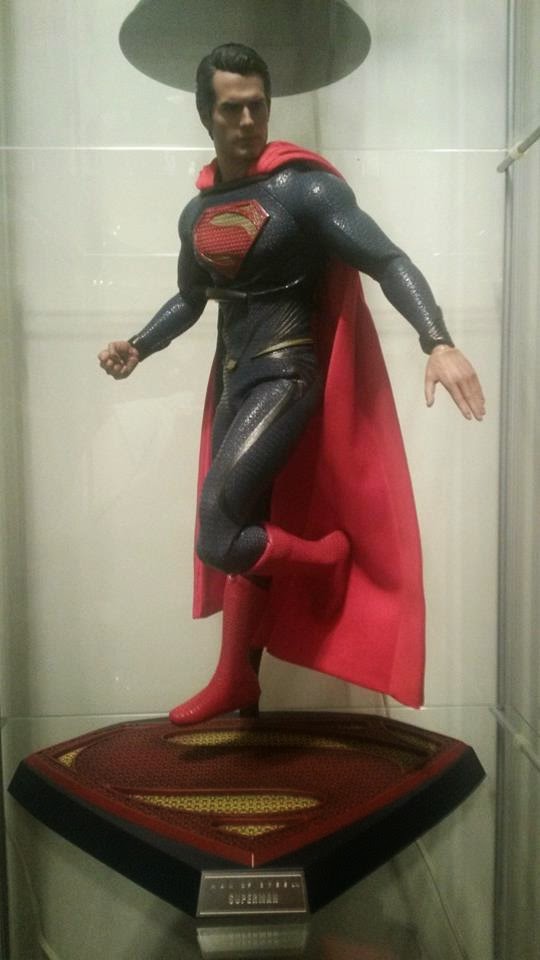 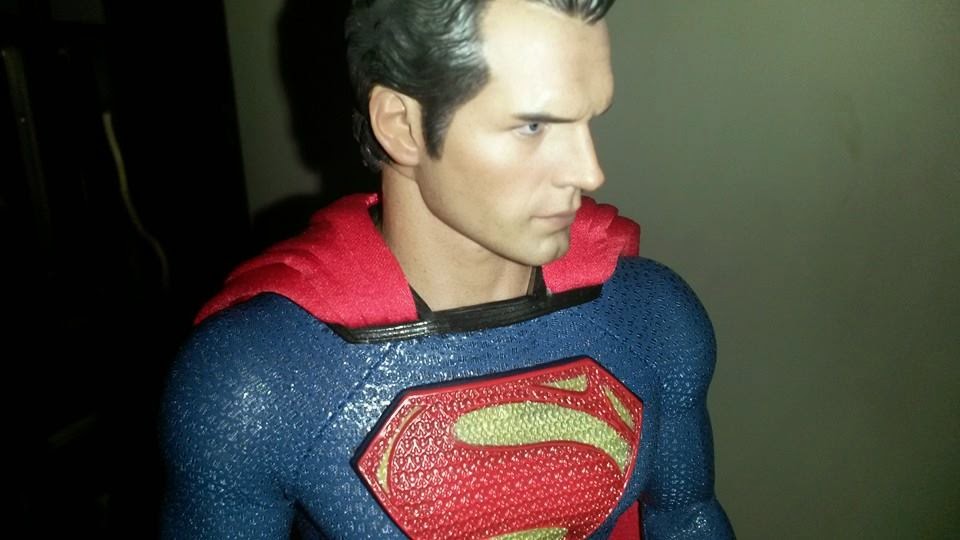 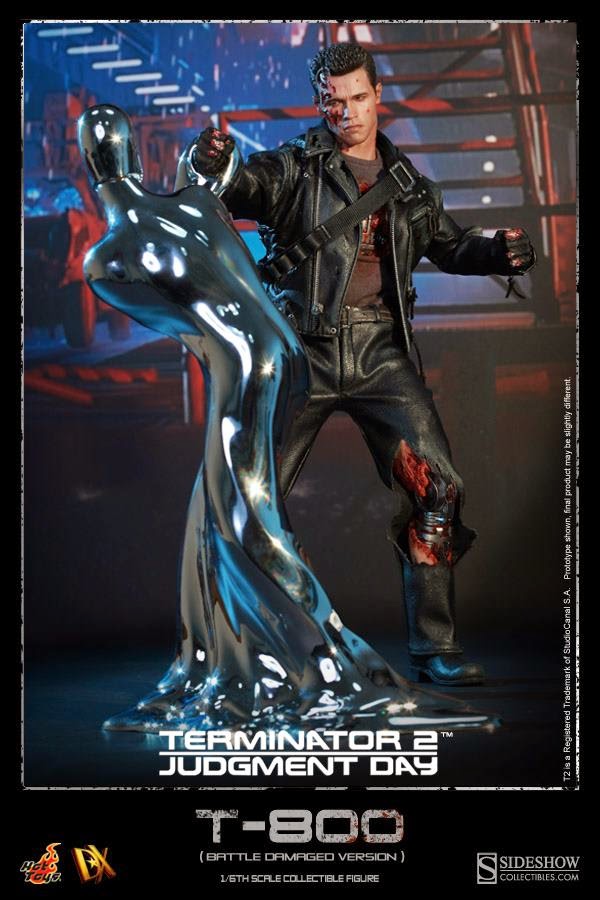