Girls Against Boys will make you keep it in your pants 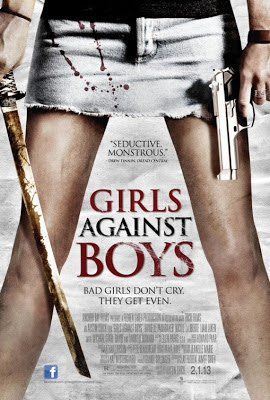 Synopsis taken from IMDb
After a series of bad experiences with men, Shae teams up with her co-worker, Lu, who has a simple, deadly way of dealing with the opposite sex.


I wasn't surprised to see Danielle Panabaker in another dark film like this one. She's making quite the name for herself in the horror community. Any girl who aims to be a horror actress is going after my heart. She's been in the "Friday the 13th" remake, "Mr. Brooks", "The Crazies" remake, "Piranha" remake, and now this film. Like the aforementioned "Mr. Brooks", this film is more of a thriller than horror. Though, it still has some horrific elements in it and strong content matter.

Being a man who's never stood for violence against women and kids, I'll admit some of this film was hard to watch in the beginning. Shae (Panabaker) gets dumped by her boyfriend and raped within such a close period of time, there's no wonder she goes off the deep end. Then again, being a man, this film had parts that were hard to watch due to how anti-man they are. The cop scene was probably the worst part for me. Very unsettling.. 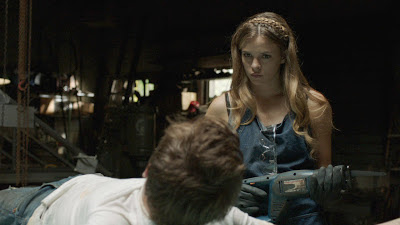 Funny thing is, this film has hardly no gore in it at all! I think the most gore is in the end, withing five minutes before the credits roll. It is one of those movies that doesn't need to show the blood and guts, it's subject material is enough to hold you in suspense.

When Shae and co-worker, Lu (Nicole LaLiberte), join forces, it instantly gets taken too far. Blinded by rage, Shae doesn't see the wrong she and her new partner in crime are doing. Some of the kills I felt were justified and deserving. Others were too much. It goes from revenge to straight psycho real quick. Shae, blindly follows the murdering streak her psychotic friend is on.

I am half and half on the content of this film. One half likes the fact that this is a woman's revenge movie, much like "I Spit on your Grave", but not as extreme. I'm all for women standing up for themselves and not being taken advantage of, and some of the men do deserve what they get in this film, some even deserve worse! But where my dilemma is, that unlike "I Spit on your Grave", where it's a bunch of small town hicks, who are douchebag pigs and deserve what they get, this film has every man in it's focus. Saying we're all the womanizing imbeciles that are portrayed in this film. I don't like that. It's like saying because you live in a bad area, you're a criminal. 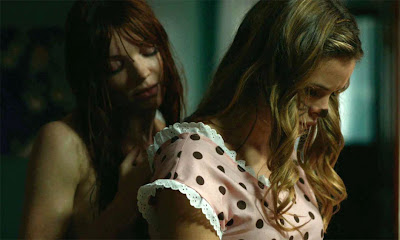 Towards the end of the film, that vibe changes a bit and it is acknowledged that there are some good men out there. However, the underlying stereotype is still the premises of this film. That bothers me a bit, but I know that there are a lot of women out there who feel used and abused, and I know first hand that men can be monsters. But so can women, and that's what this movie showcases. How is what Shae and Lu do any better than what men have done to them? It isn't. We're all fueled by the same fire.

"Girls Against Boys" is a nice breath of fresh air, and it isn't a remake. I really liked this movie, and I've already turned some friends on to it. I wasn't sure what to expect going in, but I'm glad I went in anyway. Despite some negative reviews I've read, I'm a fan. I see the point and message of this movie, and hear it loud and clear.