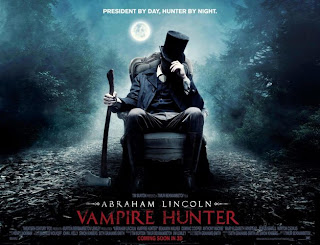 
Synopsis taken from IMDb
At the age of 9, Abraham Lincoln witnesses his mother killed by a vampire, Jack Barts. Some 10 years later, he unsuccessfully tries to eliminate Barts but in the process makes the acquaintance of Henry Sturgess who teaches him how to fight and what is required to kill a vampire. The quid pro quo is that Abe will only kill those vampires that Henry directs him to. Abe relocates to Springfield where he gets a job as a store clerk while he studies the law and kills vampires at night. He also meets and eventually marries the pretty Mary Todd. Many years later as the President of the United States, he comes to realize that vampires are fighting with the Confederate forces. As a result he mounts is own campaign to beat them.


Here is a film that I have put off, I wasn't sure how I felt about it. And seeing Tim Burton as producer of this film didn't sell me on it. I like Tim Burton's old movies like Edward Scissorhands and Beetlejuice, but as of late I haven't been a fan of his latest works. So I was wondering how much of Tim Burton's limited imagination of trippy effects and bright colors would be seen in this film. Not to mention the whole concept is silly.

The film opened to fair reviews, some liking and some hating. It made a smash at the box-office with total grossing's of $108,319,139 world wide. 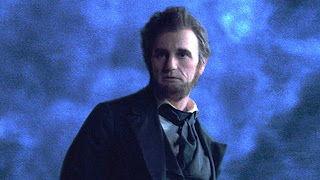 The film opens and we see young Abe and his family working on a plantation. While on the plantation, Abe makes friends with a young African American boy about his age named William Johnson. Abe sees William being beaten and stands up for William, getting his father Thomas fired from the plantation. Later that night Abe sees a vampire break into his home and bite his mother. She soon after dies.

9 years later Abe attacks the vampire that bit his mother, but he's over powered and no match. He's saved from the confrontation by Henry Sturges, someone who trains him to become a vampire hunter. He tells Abe their weaknesses (silver) and how to kill them.

Although Abe was warned by Sturges to not form any relationship due to his line of work, Abe meets Mary Todd when he movies to Springfield Illinois and they become romantic. 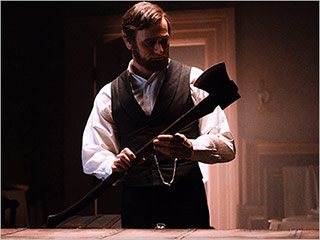 Soon after, Abe fights the vampire who killed his mother and finds out a secret about his friend Sturges. Abe gives up his mission to hunt vampires.

Years later, Abe marries Mary and begins his political campaign to end slavery. Eventually he becomes President and moves to the White House, they soon later have a son named William.

Years later, Abe is forced out of retirement to fight the blood sucking undead one more time. 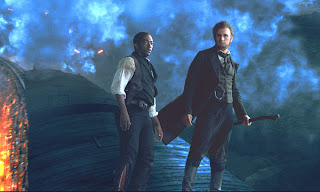 I have got to admit that this movie surprised the hell out of me! I was seriously entertained. I think that getting past the ridiculous concept is the hardest part for people. If you don't judge it for accuracy and understand it's a pure pleasure film, you'll love it. It's a fun movie.

The kills and gore were well done. The action scenes are awesome and well shot, there's always a lot going on so it makes the movie more suspenseful and entertaining. 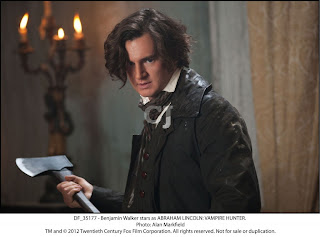 I thought the acting was well done, Benjamin Walker did a great job as Lincoln, this movie wasn't over or under acted. It fit the movie well, they knew where they were going with this. They didn't go too far on the stupid side. Although I did not like the way the vampires looked. They were too cartoony. I think if they made them real scary vampires the movie would be taken as kind of a film like Constantine.

This film won me over. If you're in the mood for an entertaining movie that's fun and full of gore and action, you should check this one out.