Showtime's Penny Dreadful is one of 2014's most talked about TV Shows, and it's already gained a massive following of fans. Toy company Bif Bang Pow! who are mostly known for their Twilight Zone and Dexter action figures (as well as a wide variety of bobble heads) have taken it upon themselves to release the first collectibles from Penny Dreadful. It was very risky in my opinion to get the license to do merchandise from the show when it's only in its first season. If the show bombed and no one liked it, Bif Bang Pow! would have suffered the loss of obtaining a dead and/or useless license. Luckily for them, the show is a hit.

The first merchandise released for pre-order was the Tarot Card set, which are pretty damn cool. I personally already have a set of Tarot Cards from Tenacious D's "The Pick of Destiny" album, so I have no need for these. I mean, how many sets of Tarot Cards does one need, anyway? Regardless of my personal need or want of them, they're affordable ($14.99), and are a nice little prop you can have if you're not a big fan of toys. You can purchase them HERE.


However, if you are a fan of toys, Bif Bang Pow! can cure that itch as well. This year at Comic-Con, we got to see the retail of 8-inch retro style figures of Vanessa Ives and Ethan Chandler, fully clothed and packed with accessories. Well, Vanessa has no extras, but Ethan comes with his two revolvers and leather holsters. They come on the standard blister card package, showcasing a photo of the characters. The best news of all about these two little beauties is that they're Entertainment Earth convention exclusives, and they're available to order and are only $22.49 a piece! Honestly, it's times like this where I wish I could swing getting more easy-on-the-wallet collectibles. But due to me always buying expensive pieces to add to my collection, I have to cut out all small ones to save both room in my mancave and money. That doesn't mean that I can't dote and appreciate stuff like this though, because I think they're truly awesome. My fiance once told me that a teacher of hers used a metaphor saying, "just because you're on a diet doesn't mean you can't look at the menu", and I think that's how I feel about toys like this. It's like window shopping, it never hurts to look!

I also love that Bif Bang Pow! Went full on old school with these instead of trying to do modern figures. Since the show is in an older time, it's very fitting and tasteful. Who the hell knows, maybe I will end up getting these (laugh). 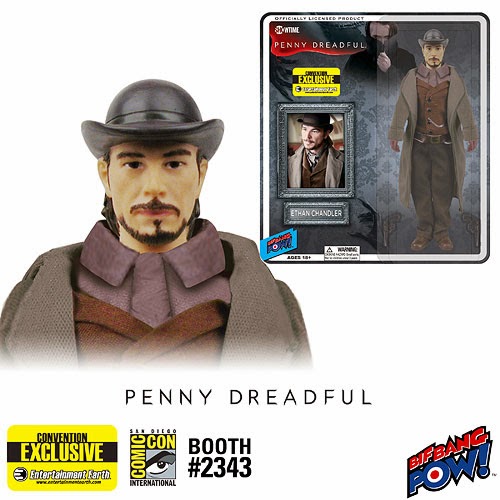 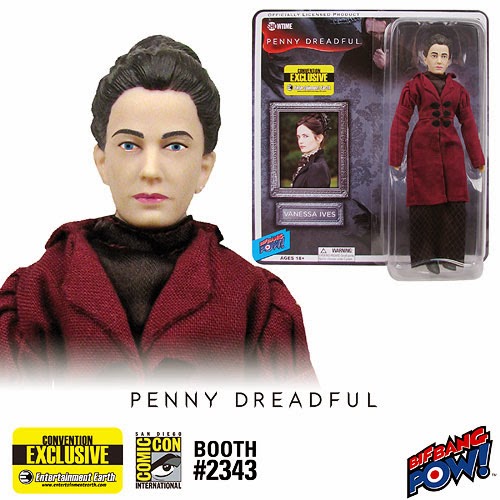 I'm not the only person on the planet who thinks these are awesome am I? Surprisingly enough, the likenesses are pretty good for being throwback figures, which makes these all the more awesome. They're do out for release this month. Will your collection gain a psychic medium and a werewolf? Mine might...