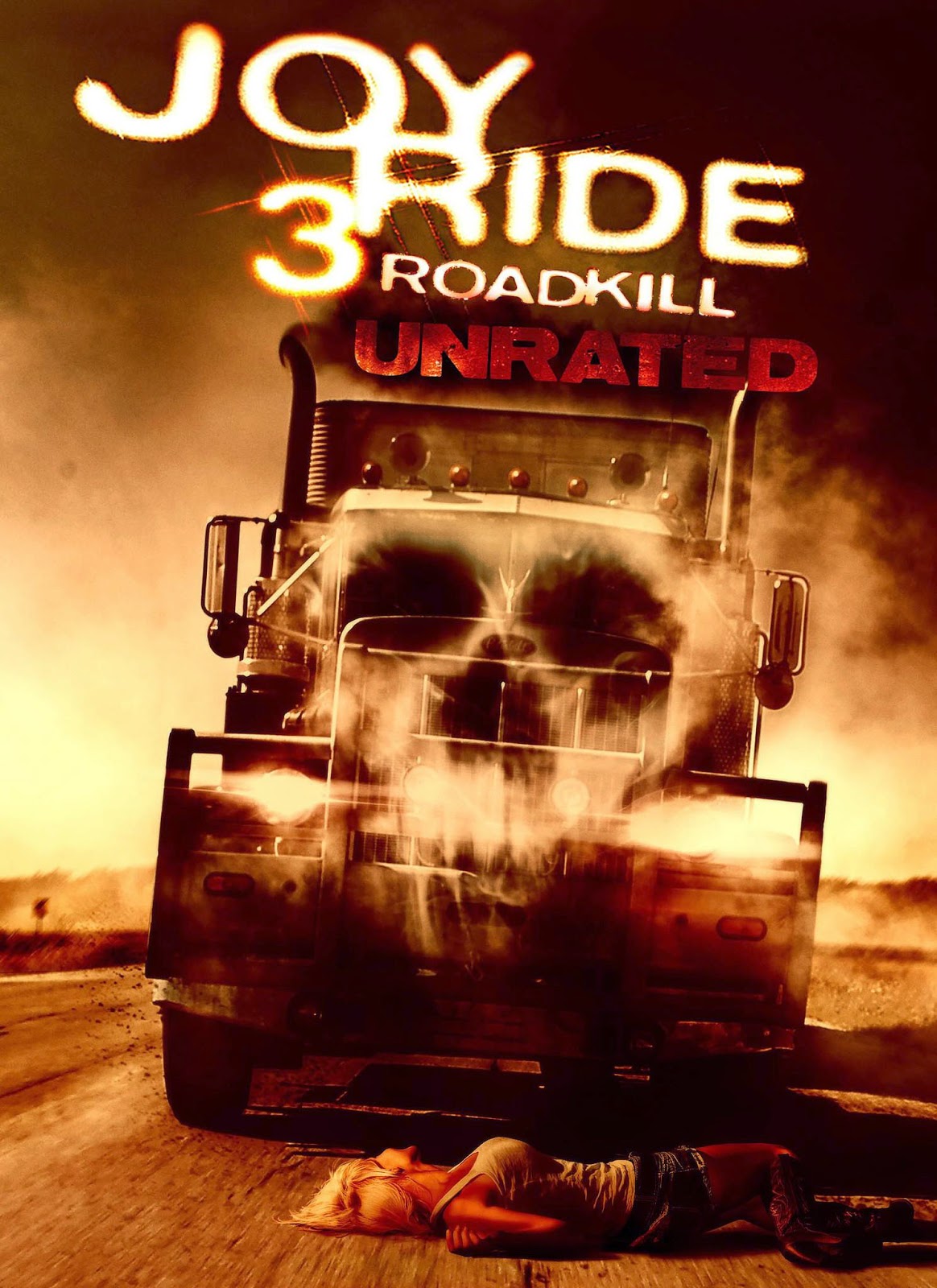 In the third installment in the Joy Ride series, we get a bloody (no pun intended) good sequel. This time around, a group of street racers who take a short cut to a race rally antagonize the vicious truck driver, Rusty Nail, and he won't stop hunting them until they all die gruesome deaths. Directed by Declan O' Brien (Shartopus) and starring Ken Kirzinger (Freddy Vs. Jason), Jesse Hutch (Smallville), and Ben Hollingsworth (Coming Home for Christmas).

The Special FX are brilliant! I didn't expect the makeup to be so cringe-worthy nor believable. There's a lot of blood spilled throughout Joy Ride 3 starting at the very beginning when we see two junkies being run over by the big rig in savage fashion that tells you from the mere opening minutes that you're in for a horror film with a set of balls. If for whatever reason you pop this in and don't like the opening, I recommend you just turn it off because it just gets more sickening (in a good way) to watch. Later in the movie, there's a long shot of a protagonist having their face sawed off, and we watch and listen as wet chunks drop to the asphalt. There's also a scene where we see the rig's leverage used to crush someone's skull. Make no mistake about it, this flick goes right for the guts (again, no pun intended). 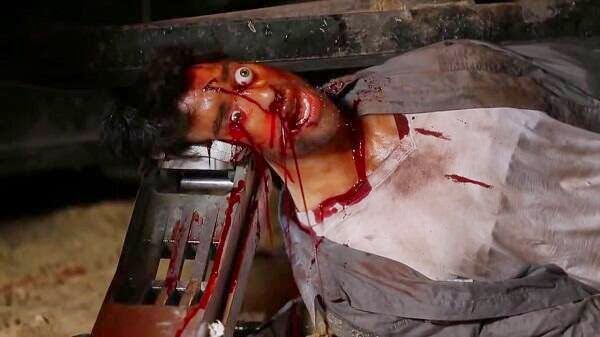 You all know the actor Ken Kirtzinger as Jason Voorhees from Freddy Vs. Jason. Funny thing is, you also know the star of Joy Ride 3, Jesse Hutch, from Freddy Vs. Jason as well. If you don't recognize Ken because of the whole hockey mask thing, that's fine. But, if you don't recognize Jesse, you just have to remember the douche bag in the bed who Jason folds in half. Good stuff. Anyway, Kirtzinger plays the antagonist, Rusty Nail this go around, and he means business. The funny thing is that he's actually technically not the antagonist in the situation involving the actual plot of the film. Sure, he killed a drug addicted couple in the first scenes, and he's undoubtedly a psycho, but it's actually Jordan (Jesse Hutch) and his group of hooligans who provoke Rusty Nail (who was minding his business) into a race that ends with Rusty Nail pulled over cursing, and them laughing and lollygagging. So there's actually a good dynamic between characters here, because the victims aren't the type of people you necessarily root for in a movie, but it gets taken way too far by Rusty Nail. Rusty uses the internet to identify the crew of street racers and hunts them down one by one.

But don't judge the movie as a gore-fest just yet, because it actually has a decent plot and it's a really fun watch. While viewing it, I actually thought to myself "this actually isn't boring me. It's actually entertaining." See, after the crapfest that was Joy Ride 2, I didn't go into this one with high hopes and I was pleasantly surprised. When a strange man in a diner suggests that Jordan and his friends don't take a highway 17 (a.k.a., Slaughter Alley), they look at him like he's crazy and take the road anyway. And of course this is where they provoke Rusty Nail and pay for it dearly. There's some inconsistencies, like when Rusty sends Jordan a cellphone video of his girlfriend being tied to his rig. I won't go too far into detail, but what happens is just not logical for the video Jordan receives. It's filmed at a different angle than the real angle would have been if the situation were to really happen. Stuff like this takes you out of the movie and really prevents it from being an overall success. I can't say that I didn't like the movie, but with small details being overlooked that are obvious to the viewer, it hurts my opinion of the feature film overall. Also, there's a twist at the end that's pretty neat, but the ending is weak and doesn't match what the rest of the story built up for. 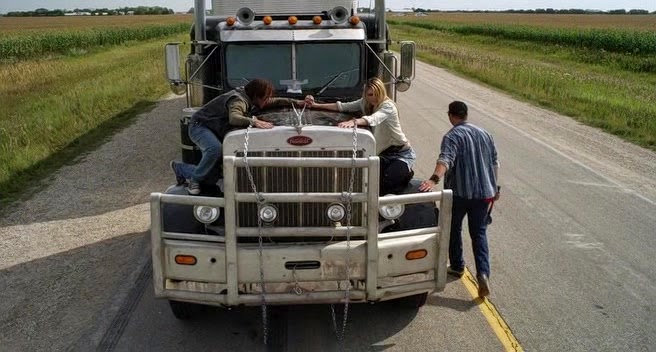 Roadkill by far puts the series back on track and erases the atrocity that was the second film, and it left me wanting more. With such an open ending, I think it's quite clear there can (and will) be a sequel, and I'm actually looking forward to it. Despite it's flaws, I was fundamentally entertained and I recommend it to anyone who liked the first film starring the late Paul Walker. I'd also recommend it to anyone who just likes violent horror films with a likable villain. If you're looking for an entertaining movie involving a big rig, forget the hype train that is the Transformers series and give this one a view!