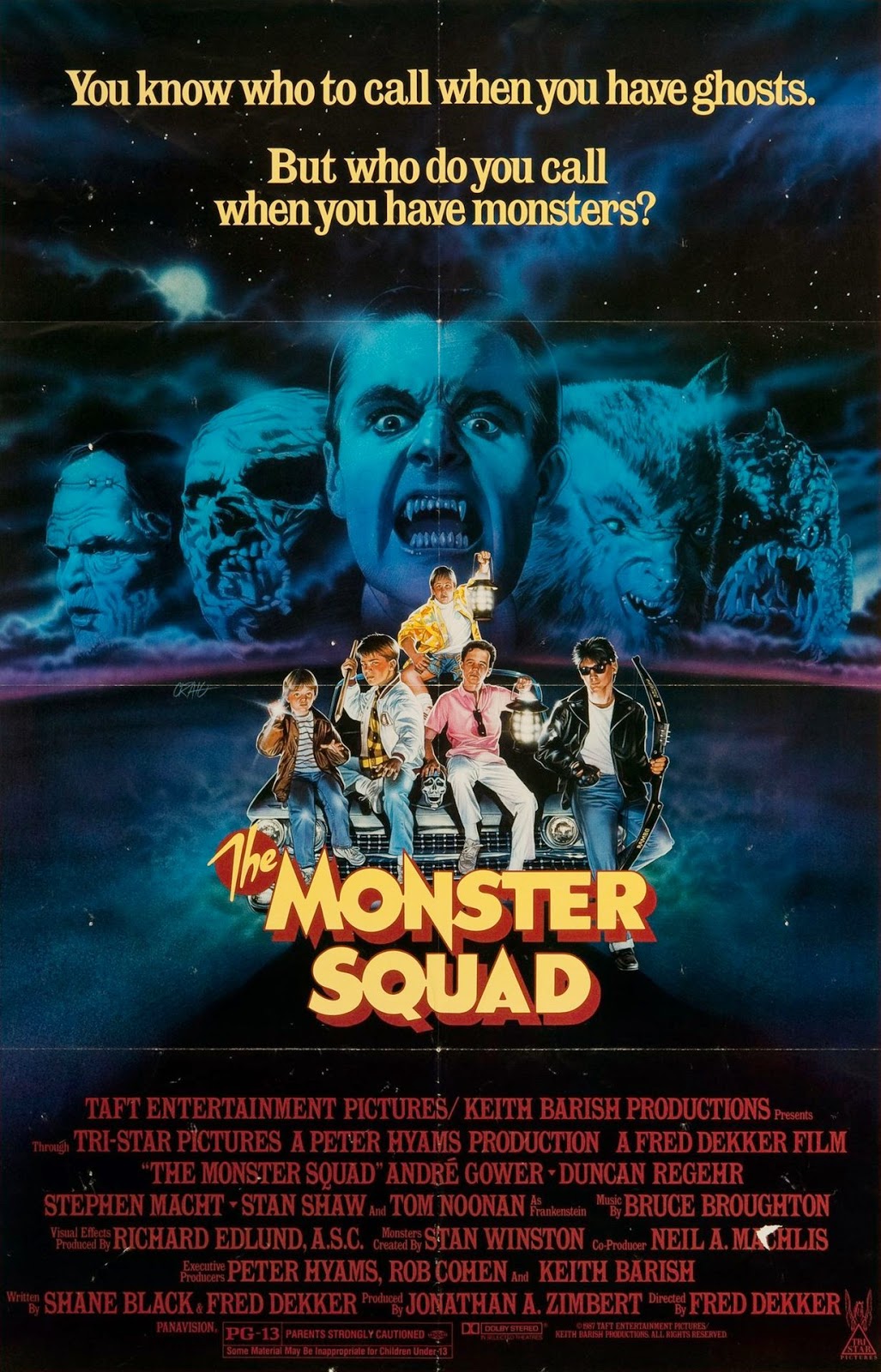 Directed by Night of the Creeps (1986) director, Frank Dekker, and starring Tom Noonan (Heat), Duncan Regehr (Air Bud 3), and Andre Gower (Sweet Deadly Dreams), The Monster Squad is a tale that adults and children alike can enjoy. It's a heartwarming story about a group of children who find themselves in a real life face-off against cinemas most famous monsters to ever grace the big screen.

The characters get all the credit for selling The Monster Squad to audiences. The dynamic angle that the kids bring to the table is really important. You not only relate to them and get a sense of nostalgia, but the in-depth views of some of their personal lives like Sean (Andrew Gower), and how his parents are never getting along and are seeing a counselor. We see how this effects Sean, and it hits a soft spot in anyone because regardless of if you've been in his situation or not, you can still see how awful it is for him and his younger sister Phoebe (Ashley Bank) to be going through such a rough experience at so early on. We also see how some of the children get bullied in school, like Horace (Brent Chalem). The characters are brought down to eye level, so you can sympathize and understand them because they're real people in real situations. That is at least until the monsters show up! The classic Universal Monsters are put to good use, as we see Dracula (Duncan Regehr) bossing around Frankenstein's Monster (Tom Noonan), the Mummy (Michael Reid MacKay), the Gillman (Tom Woodruff jr.), and the Wolfman (Carl Thibault) as a means to fulfill his plan of ruling the world. Although they're fictional horror characters, they're not very scary. In fact, they're adored by audiences for being clumsy and fun to watch. The only technically scary scene is when Dracula has Phoebe and calls her a "bitch" because it's so intense and serious for a movie directed at a young audiences. Frankenstein's Monster is misunderstood as always, but in The Monster Squad you see a new side of him as he befriends Phoebe. Their relationship is very touching, especially at the end when Frankenstein's Monster gets sucked through a portal and Phoebe gives him her teddy bear as a goodbye gift. It pulls at your heart a bit, and it's amusing how a movie aimed at children can have such an effect on those of an older age, such as myself.

The action scenes are compelling to watch both because they're funny (to an extent) and because they're visually attractive. The cinematography is superb. When I think of the more racier scenes, I can't help but think of when the Desperate Man (John Gries) transforms into the Wolfman in the phone booth. It's kind of scary, but never goes overboard on being terrifying. So, children can still enjoy it. But, when talking about the action scenes, it's mandatory that the grand finale is mentioned. It's all out chaos in the streets as the children use weapons to try and stop Dracula, the Wolfman, Gillman, and the Mummy. The Wolfman is actually glad to be put out of his misery which makes you feel a grip on how terrible life was for him, and makes you almost regret for rooting against him. The Mummy doesn't really get to do anything in the final showdown due to his being unwrapped in a hilarious way. His bandages get caught on a moving truck with the children in the bed of the truck, and we see the trucks pace quickly unravel him until he's nothing. Frankenstein's Monster has a conflict with Dracula that doesn't end happy for the blood sucker. Director Fredd Dekker said that there was originally a line that Frankenstein's Monster spoke before he killed Dracula, but actor Tom Noonan swore against it and wouldn't budge on the matter. Now all these years later, Fred Dekker has declared that Noonan made the right call and he's glad that he didn't say whatever the line was that was scripted.

I'd say The Monster Squad is The Sandlot meets Buffy the Vampire Slayer if I had to sum it up. The dialogue is seriously funny at times, like when Horace kicks the Wolfman downstairs and then says "Wolfman's got nards!". It's little lines like that that make the movie so powerful and magical. Add to that the entire crew, antagonists and protagonists alike are very likable and entertaining. Watching Sean and his gang of friends go on adventures is a real treat, and it's exciting seeing them fight their way out of such an over the top situation. It all boils down to friendship and the bonds they all have with one another. The underlying story is how strong friendships can be, and despite the fact that your parents may be getting a divorce or that they're monsters trying to take over the world, there's nothing you can't overcome with the help from your trusted pals. The importance of friendship is key in the storytelling of The Monster Squad. 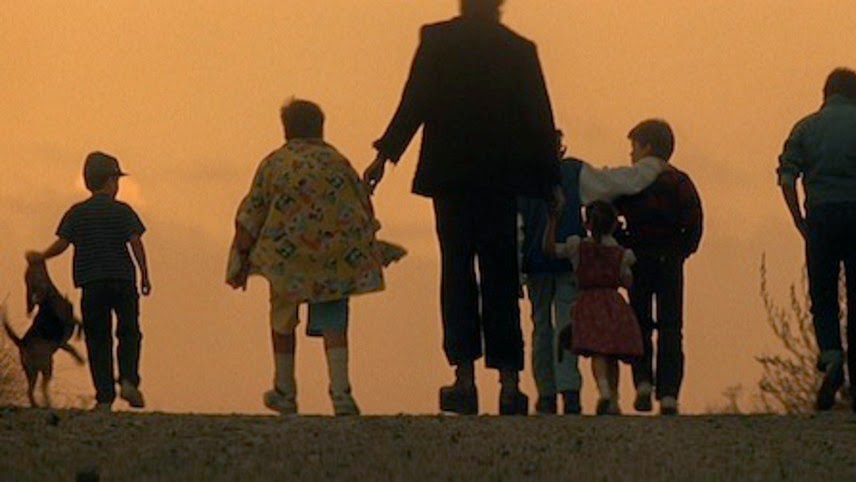 There's plenty of laughs and gasps to go around when watching this one, and I virtually have no real criticism of the movie. The adult in me says that if it were more scary and gruesome it'd be better, but I don't think that's really the case, because then it wouldn't be enjoyable for small children. This is an important movie to me, because it's uplifting and because it puts me in a place of comfortable nostalgia, and because it's a reminder of how good always triumphs over evil in the end regardless of how tipped the scales seem to be. If you've never had the privilege of watching this one, do yourself a favor and watch it as soon as you can. You're bound to love it.

BEST SCENE: For me, it's when the group of collective monsters awaken Frankenstein's Monster. Not just because he's my favorite monster, but because it's one of the most iconic scenes in the movie. It's also one of the most intense and scary moments in the entire film.

BEST QUOTE: Without a doubt when Horace says "Wolfman's got nards!"