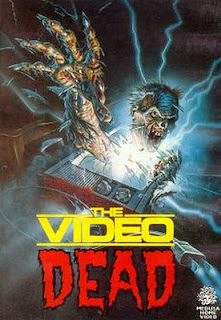 
Synopsis taken from IMDb
An unlabeled crate from an unknown source is delivered to a house in the woods. The homeowner unwisely excepts the delivery, only to discover it contains a TV set that starts spewing giggling zombies all over the place. when a new family moves into the now-abandoned house, the son discovers the haunted television and is soon told what he needs to do to send the zombies back where they belong.  Knowing and doing, however, are two very different things, and the zombies are not likely to go quietly.


I thought that this movies concept was pretty cool. And the movie itself was funny and ridiculous. It's a total beer and pizza flick that you watch with friends. Very far from a great movie but an entertaining one.

The zombies actually came out of the television set The Ring style and it's all chaos from then on out. 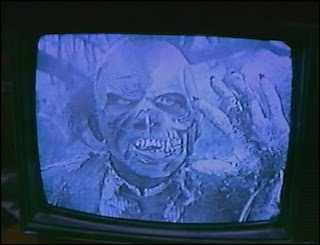 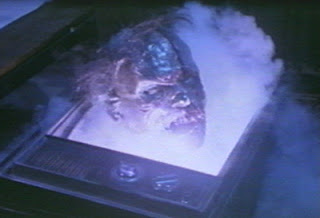 The acting was laughable but it fit with the movies style. This movie didn't take itself seriously, and that wins it points in my book. Nothing's worse than people making an awful film and truly believing it was good. The whole time I just couldn't help but realize how much crap we horror fans can put up with. What other people may call bad movies are the ones we've grown to like for our own ways and reasons. Alot of it is due to the 80's feel for me.

There wasn't too much gore in this movie, some blood here and there but nothing  very memorable. 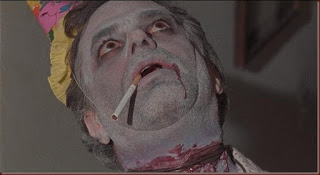 The effects in this movie were to be expected I guess, very cheesy and not scary. Some laughable effects. They definitely aren't the worst zombies I've seen, these just aren't impressive. The bride with the chainsaw was probably my favorite scene. It reminded me of Linda in The Evil Dead 2. Funny scene.

And the zombie with the blue Play-Doh face was a memorable one. 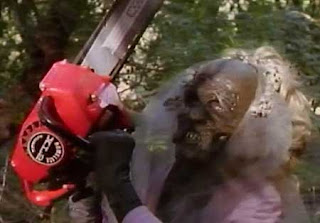 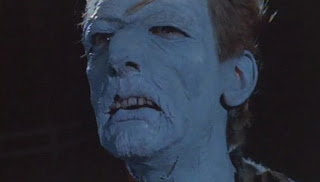 After watching this movie I can't say that I was hooked or even loved this film but I enjoyed it. It did it's job because it was entertaining. I'd watch this again down the line if we cross paths. It won't be at the top of any of my movie lists, though.

If you like 80's horror films then there's not much to dislike about this one. Unless you hold the bad effects and acting against it. But if you like 80's horror you have a forgiveness for that stuff like me. You're used to it so it no longer effects you. You'll still get laughs out of it though, that's part of the fun. 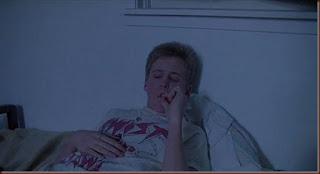 So if you don't mind bad make-up and acting I recommend this film to you. You got nothing to lose but an hour and a half of your life. Check this one out. Have some friends over and have some laughs.