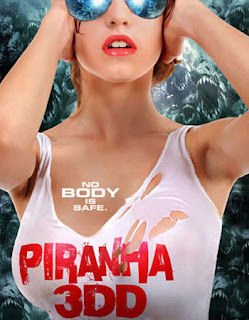 
Synopsis taken from IMDb
Having awoken from their spring break extravaganza at Lake Victoria, the swarm heads upstream where they look to make a meal out of Big Wet, a local water park where when it comes to fun, nobody does it wetter! Though they came to get wet, get loaded and get some, the staff and patrons get more than they bargained for when they must face the fiercest, most bloodthirsty piranhas yet. Lead by strong-willed, studious Maddy and her friends, Barry and Kyle, the trio must dive in and take on these man-eating creatures using every ounce of their being but can they be stopped?


Now if you go into this movie expecting anything but over the top kills, lots of nudity and lots of humor then you're going to be disappointed in this film. This is a fun movie intentionally throwing humorous kills and gory kills, kills and scenes that had you grossed out and laughing. This is a movie you watch with your friends to laugh and be entertained. The female cast was very attractive. What else did you expect? 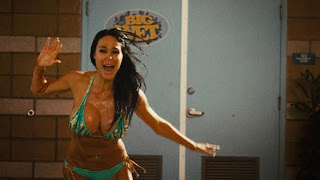 The acting was over the top and hilarious, Ving Rhames was great. He was afraid of the water due to losing his legs in the first Piranha. He finally takes a stand and faces his fear of getting in the water and taking on the piranha's. Danielle Panabaker and David Koechner did good jobs of entertaining us, this particular film had a good cast that fits this film. 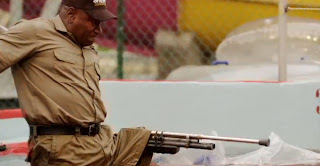 The gore and body count in this move was insane. Just like in the first Piranha, in Piranha 3DD it's a massive slaughter in a big body of water. Everyone attacked at all angles. There's even a scene similar to Jerry O' Connell's infamous scene in the first film that got a laugh out of me. 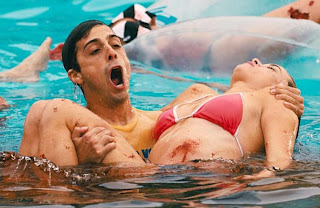 David Hasselhoff's cameo in this film was hands down my favorite part of the movie. Especially at the end where he did his Baywatch run to save a child from the deadly fish. He played an exaggerated version of himself. Gotta love a guy with a sense of humor. I laughed hard at him. 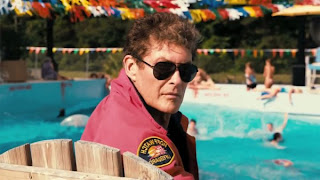 This movie wasn't as good as Piranha 3D but it was a good sequel. Piranha 3D had some seriousness to it and Piranha 3DD doesn't take itself serious, it's more of a laid back funny horror film. The humor made it hilarious at points but it also hurt it because it would have been better if it wasn't ALL humor.

This movie was consistent in its entertainment value, it's a good movie to watch for laughs and to just see people get screwed up.

This film is in theaters and on PPV. Check it out. You got nothing to lose.