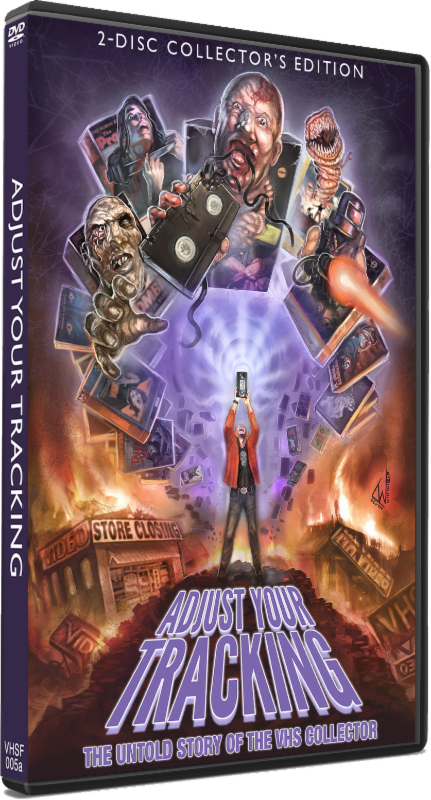 Some see VHS as worthless plastic, but Adjust Your Tracking shows a vibrant world of collectors and movie fans who are keeping the format, and the movies, alive. Over 100 collectors, filmmakers, producers, and video store owners express how VHS has changed their lives. Travel back to the days of video rental stores with those who still buy, sell, rent and trade the format that will not die- VHS.

I've always had a thing for VHS tapes. It's the nostalgic feeling you get matched only by the excitement that comes along with it. I still own a good pile of VHS tapes, but after watching this documentary, I'm pretty sure my collection will be expanding. Just recently, within the last two or three months, I actually finished a special project I was working on, where I made shelving for my VHS' out of old used VHS tapes that I bought at the local Farmer's Market. So now, all I need to work on is filling the shelving unit out with more tapes. Although they aren't very rare, I'm always on the lookout for Night of the Demons and Trick or Treat. Neither of which I've found yet, but that's the thrill of the hunt for ya.

The first thing this documentary brings up, is something that most people forgot about, and that's the prices of VCR's back in the day. What's considered flea market bargains now used to cost the upwards of eight hundred bucks back in it's premiere time. And VHS were expensive too, running upwards of forty bucks a piece. People, including myself, tend to forget about all of these small details, because over the years technology has advanced so much with DVDs and Blu-Rays pushing VHS off of store shelves. But, I remember the pricing being outrageous, but that didn't stop me nor my family growing up from having a pretty sweet collection of movies.

It makes you wonder how with all the money being spent on on Blu-Ray players and all these fancy Hi-Def TVs, what's it all gonna be worth in the end when the new standard technology comes around? Hell, I've heard recently that in a few years we won't even  be getting home video any more, because everything will be on cable or streaming. Both of which are making more money than DVD and Blu-Ray sales, so it makes sense. But to see that one day soon having a movie collection is going to be considered an out-of-date hobby is saddening.

This documentary also touches up on how Blockbuster ruined the VHS craze by being such a large business, and putting smaller video stores that actually had personality out of business. It was just impossible to keep up with Blockbuster because it was such a monopoly. So all of the places that made video shopping fun became extinct. What a shame. Then of course, the DVD format is brought up, and why VHS is still superior in a few ways. Such as, many horror films from the VHS era have been lost and may be never found again.

There's still a large percentage of flicks that have never been transferred to DVD, so that makes VHS collecting actually logical in a way. Without people buying these now-rare films on VHS, a lot of cinema history would be gone forever. Most of the stuff worth buying or collecting amongst horror fans, is the real gory stuff and exploitation features. There's one VHS that runs the upwards of six hundred dollars due to it's rareness. 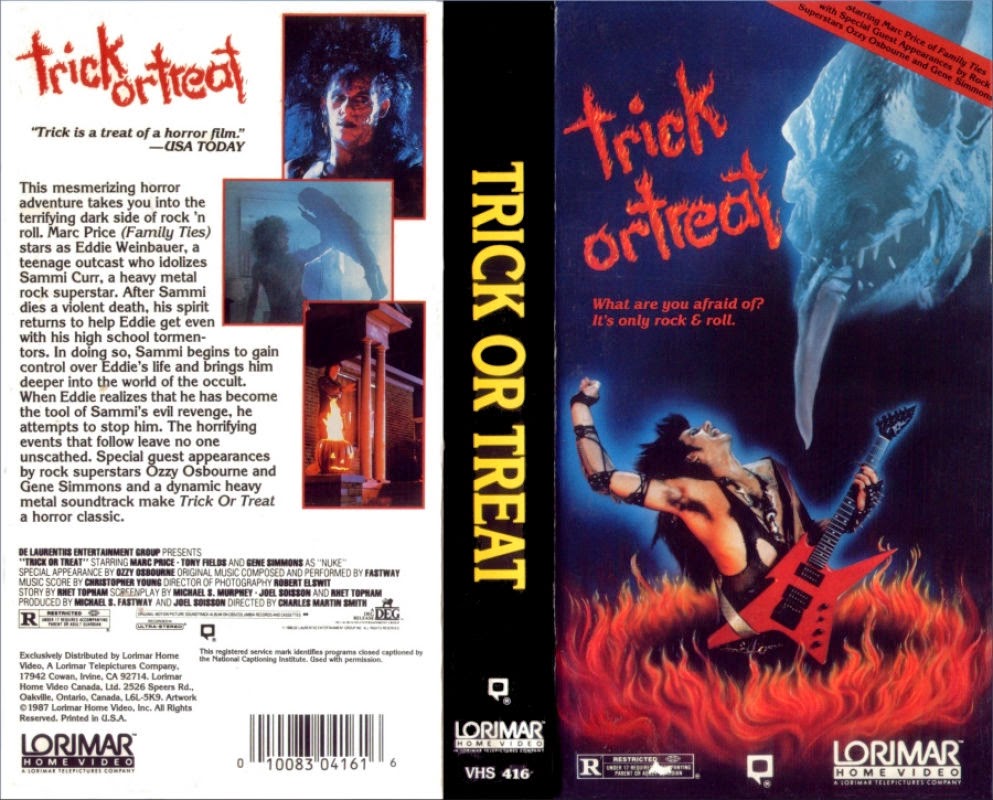 Then there's a segment on the cover art/packaging, and that to me, was a part that I could relate to. The awesome covers VHS used to have would determine whether or not you bought it. They say 'don't judge a book by its cover', well, anyone who was alive during the VHS era knows that we've all judged motion pictures by their cover. Finding awesome artwork on packaging was part of the thrill of shopping for movies back in the day. And, still is today.

There are some collectors featured on Adjust Your Tracking who have 20,000 VHS tapes or more. Some even have more than one room in their house dedicated to their collection. Another guy has so many tapes that he started his own video store in his basement.

And the topic of picture quality is brought up, which I'm glad about. Because, it's brought into light how although VHS aren't as clear of a visual as movies are today, they're still preferred to DVD and Blu-Ray because of the fact that the new home video standard of quality actually shows you things you didn't notice before. Bad/cheap makeup and effects, and even filming sets are made to look obvious nowadays, when back then, on VHS, everything was darker, so you didn't see as much. And it makes you think whether or not you'd like the movies then that now are made to look very low-budget and cheesy. So, this new crystal clear picture quality movement going on today has actually made older films look bad, and it's disheartening.

I think that my favorite part of this in-depth documentary is the segment dedicated to collectors' awkward experiences in finding VHS tapes. It's laugh-out-loud funny. They talk about how usually VHS shopping takes them to some weird places with strange and/or rude people, and it's really entertaining. A few people bring up how they've bought movies from musty old places that have smelled awful, and you can't help but laugh. 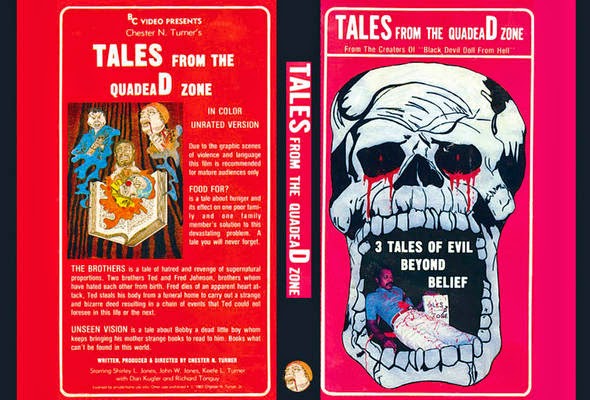 In the end, Adjust Your Tracking is a must watch for those out there like me, who consider themselves movie buffs. Is collecting VHS an old and outdated hobby? Yeah. But, the people who do it own and have seen movies that you've never even heard of, so it's more than justified. Watching this documentary really got me wanting to go find a video store and stock up. This is one hell of a fun viewing, and I'm glad I watched it.