IN THE FOOTSTEPS OF DRACULA (Book Review) 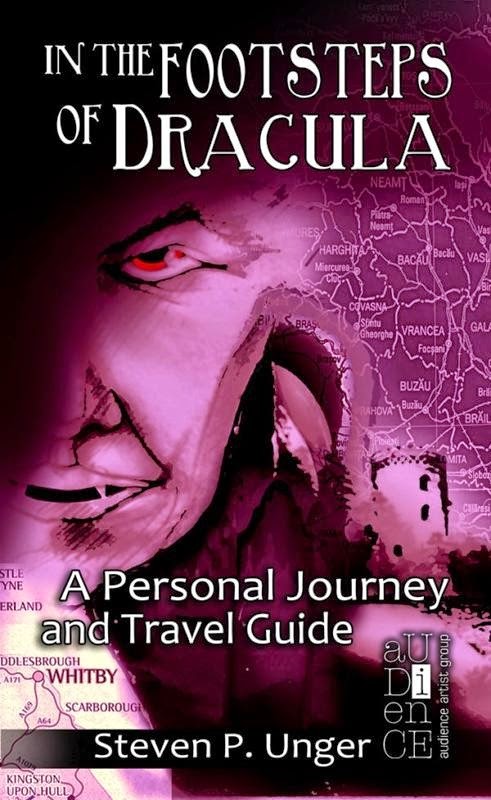 "A journey in text and pictures to Transylvania and beyond"

Author Steven P. Unger, has officially (in my opinion) made the greatest travel book to Transylvania ever. The book is so rich in details and pictures. I really like how there's little excerpts from Bram Stoker's groundbreaking novel, Dracula, and then a text walk through with pictures. Helping to paint the image for you in your mind with such details and photos to back them up, you see where Bram Stoker based his novel, and the specific places he used as inspiration, and how they compare in person to what's written on the pages of Dracula. In most cases it's always identical, but there are some that you can tell Stoker elaborated a bit on.

But the true gem in this book, is reading the parts about Vlad the Impaler. I not only learned a ton of knowledge on Vlad, that I didn't already know, but the book is laced with photos and descriptive text of places that Vlad has visited himself, making me feel like an expert on the topic after reading. I own a ton of vampire books. And not the fiction kind, either. I own encyclopedias, and books on supposed first-hand encounters, and none of them were ever as informative as In the Footsteps of Dracula. From what I've read, the book took years to write and finish, as well as lots and lots of traveling.

There's not a single person in the world that I'd think is more knowledgeable than Unger at this point when it comes to knowing the history of Transylvania, Romania, and a few other choice Gothic locations. I received the 2nd edition of this book, and in some of the opening pages, it mentions that there was a second edition because some mistakes were corrected from the first edition. Well, in my expertise, I didn't find a single thing in the pages that was false, or not correct. And I know a lot about vampires. In the Footsteps of Dracula is definitely a love of labor by the author. There's actually a 3rd edition available now on Amazon (see link at top of post), which is filled with even more details than the one I read.

What I did learn is, where to stay if (when) I ever travel to Transylvania. There's not only name dropping of select restaurants, hotels, and bed and breakfasts, but the location is even included. Screw a map, bring this book with you if you intend to travel to Transylvania, it's got about everything you'll need, and more details than necessary. I'd still bring a map though, just in case...

I also discovered how kind everyone is for the most part, as well as how cheap everything is. As a matter of fact, I'm currrently in the process of trying to get my fiance to change our honeymoon plans so we can travel to Transylvania instead of Las Vegas. I've been to Vegas, and I loved it, but don't you think taking up in a castle in Transylvania for your honeymoon is more romantic? I do.

In the Footsteps of Dracula takes its rightful place beside Bram Stoker's Dracula on my book shelf. And it's an absolute must-have for vampire fans who like true history, and not prefabricated stories. There's a lot of reasons to own this book, because it's an easy read and very enjoyable. But mostly, you should check this book out to gain the knowledge it offers.

I'd like to thank Steven for reaching out to me and asking me to read his book. He's officially got a fan in me.