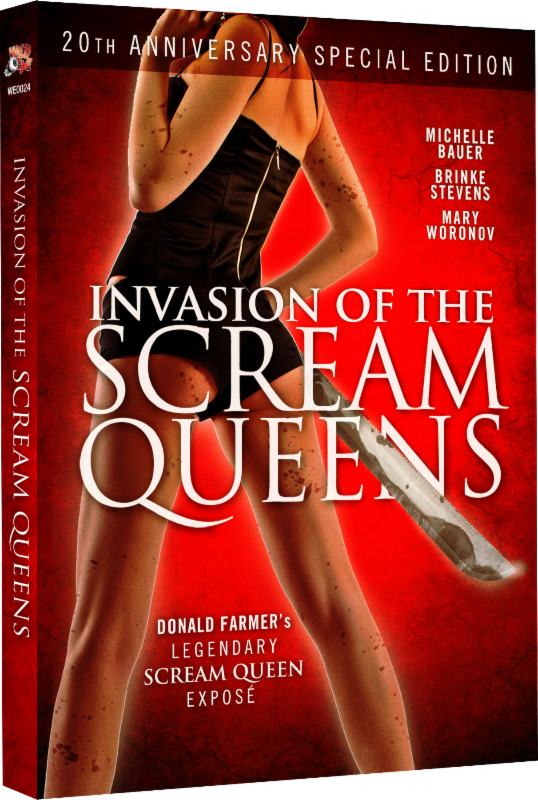 Get an inside look at what it takes to be a scream queen and hear the behind-the-scenes stories including The Hills Have Eyes, I Spit on Your Grave, Slumber Party Massacre, and many more. Invasion of the Scream Queens takes you back to a time when the term "Scream Queen" was brand new and promised the hottest actresses in the most outrageous low budget horror movies.

With this documentary, comes good news and bad news. I'll start with the bad news. The footage featured in Invasion of the Scream Queens was shot in the early 90's, and now it's being released onto a 20th Anniversary Special Edition, this coming Tuesday, the 17th of June. What irks me about this, is that none of the footage is transferred to a higher grade of picture! Wild Eye Releasing found this old documentary, threw it on a DVD, and added in an interview with Donald Farmer (Demon Queen, Savage Vengeance) along with some deleted/extended scenes as bonus features and called it a day. The picture quality is literally that of a VHS.

The screen gets fuzzy, the audio drops at times and becomes inaudible, and there's that old buzzing sound VHS tapes make when they're old and used, and causes some dialogue to be washed out. I can't/won't ever understand why they didn't transfer it to Blu-Ray quality, or at least upgrade it to DVD standards. The bonus features make it hardly worth it. I think if they were going to cheap out like this, it would have been better to just release it on a special edition VHS. There are still people out there who collect them, and this would be a cool revamp to add that many horror fans would want. It's just not logical to put something out on a fancy edition and not put the effort forth to make it watchable. 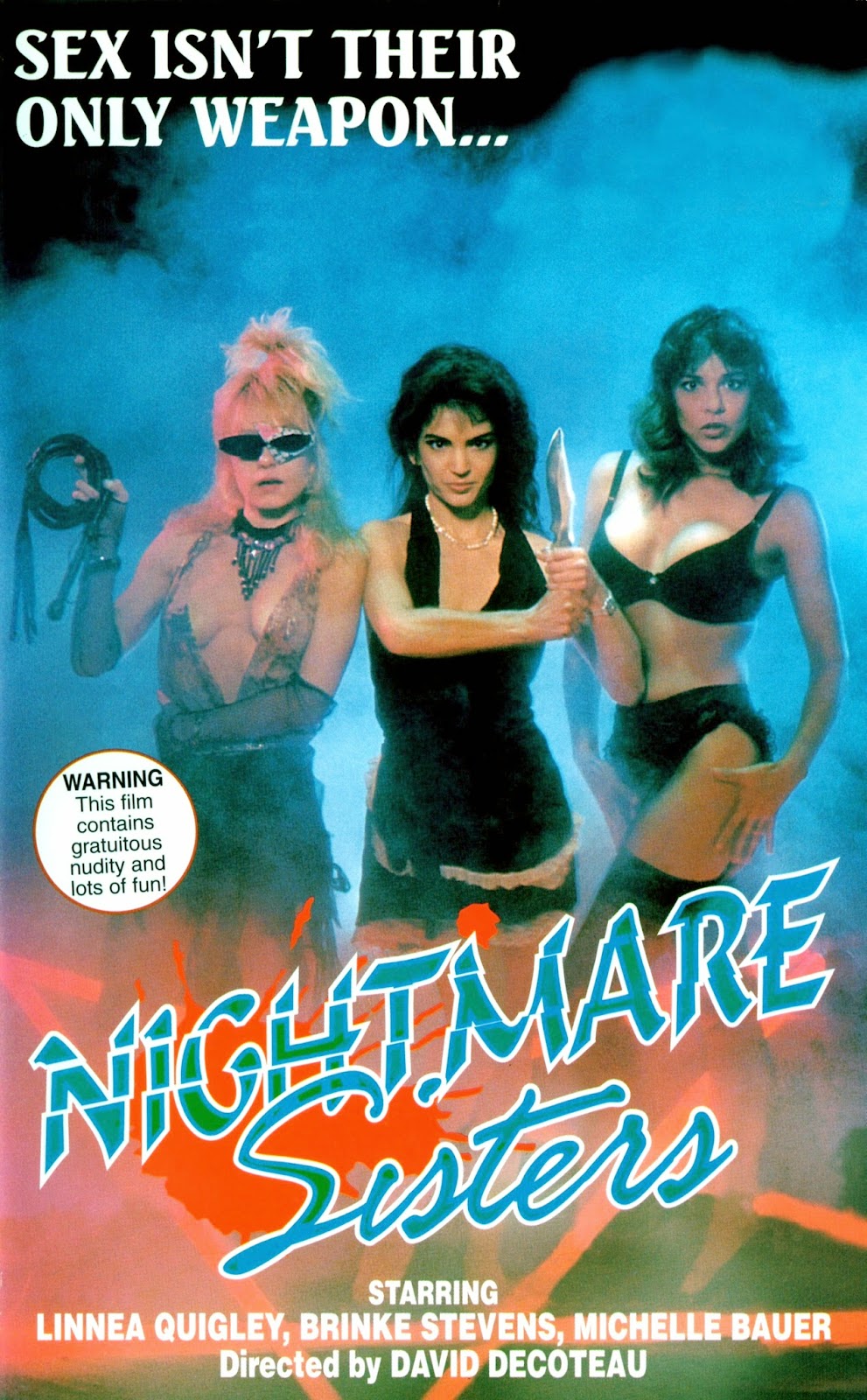 The good news is, that if you can get past the aggravating lack of effort put into putting this on DVD, it's a very easy watch. You can just relax and watch it. It focuses on fan favorite horror divas, like Brink Stevens (1313: Cougar Cult), Mary Woronov (House of the Devil), Melissa Moore (Sorority House Massacre 2), Michelle Bauer (Hollywood Chainsaw Hookers), Elizabeth Kaitan (Friday the 13th Part VII) and more. The documentary takes you in-depth, allowing you to hear from the actresses own mouths how they feel about being scream queens, the attention they get, their stand on nudity, and things about their personal lives. The camera basically sits idle, and the Scream Queens just talk until there's a random editing cut, and we move on to someone else. It's very informative, and what I took from watching it, is that really, they're all just common average women who love being doted over, and love the attention they get from staring in 80's and 90's schlock films.

It's an entertaining documentary, I cannot deny that. It places you in the golden age of Scream Queens, and brings back memories of that time that you've probably forgotten. My biggest issue (aside from the half-cocked transfer) is that it's very cheaply made. The editing cuts, the music, the random movie clips that play for minutes at a time, and the abrupt ending make this look like it's in the rough stages of being finished and never was. I would have loved to have seen it fixed up, not just with high-grade picture quality, but with smoothing out the rough jump cuts, and making it a bit more presentable. I just feel that this is a 'take it as is' situation that's glorified to make you think it's something truly special. 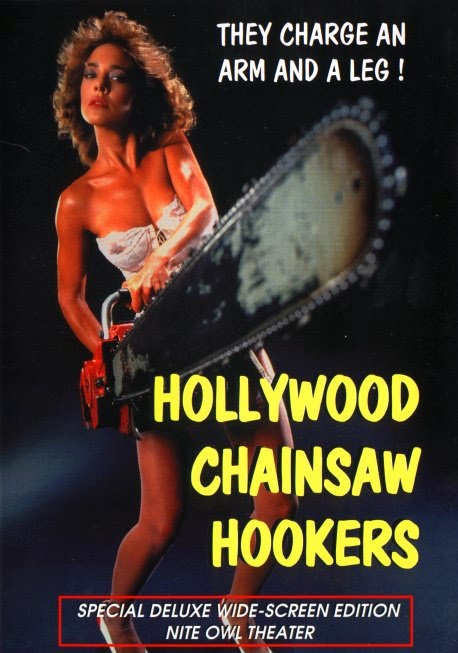 I liked the documentary, but the standards from back in the early 90's to now are completely different. I feel like this would be more of a treasured find if I found it on VHS at a flea market. Then I could at least understand why it's in such bad shape.