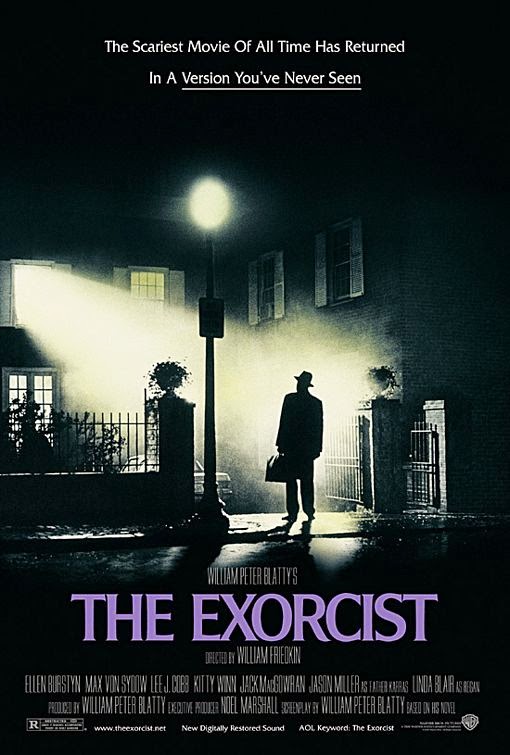 Synopsis taken from IMDb
When a teenage girl is possessed by a mysterious entity, her mother seeks of two priests to to save her daughter.


The Exorcist is one of the few movies that I refuse to mess around with. I limit my watching it because it still scares the hell out of me. No movie has ever had the effect on me that this one has, nor as long lasting. Maybe it's because I grew up in a religious household, maybe it's because Regan MacNeil (Lina Blair) is just downright scary looking. Maybe it's both. Either way, I reserve watching this every year until sometime in October, right around Halloween.

There's not a more perfect time to watch it, and I don't plan on watching it more than once every year. One time is all it takes. It's not necessarily the movie itself as much as the feeling I get while watching it. In my opinion, this motion picture got as close to how I imagine evil as possible, and that's just terrifying. I've never met a possessed girl before, but I don't picture it being very glorifying. My spiritual beliefs aside, I still won't watch this in the dark, alone. And I probably never will.


I count The Exorcist as my 4th favorite horror feature not just because it's a great movie, but because it's the only film to ever truly frighten me. And that wins mega points. If there's one film that can make my 6'2" ass scared and have me grabbing my fiances hand, it's this one. The same flick that had people leaving the theater crying, throwing up, or fainting. People even went to see shrinks after viewing this, and at an early age, I thought I would need a psychiatrist too. I saw this movie way too young and didn't sleep for almost an entire summer.

When I did sleep it was in small bursts during daylight hours. True story. I'll never forget not heeding my parents advice and watching it behind their backs. They were right, and I paid for it. I crept down the stairs of our old home and watched from afar so they couldn't see me. The moral of this story is, sometimes it's really a good idea to just listen to your parents.

There's a tallied nine people who were associated with The Exorcist in one way or another who have died, and actress Linda Blair had to be guarded for six months by bodyguards due to threats on her life by religious zealots who claimed the film glorified Satan. Blair also had to seek psychiatric help after filming, and it's been said that the movie ruined her young life. One thing a lot of people don't know, is that the demon face that pops up from time to time is actually that of Eileen Dietz, who is known for her work on Happy Days and General Hospital. While the movie seemed undeniably cursed by those who believe in superstition, it didn't stop the films success.


It all starts with Father Merrin (Max Von Sydow) finding a small amulet that resembles that of a demon he defeated a long time ago. He sees this as an omen that he may be forced to face-off against the evil entity once again. Then, we meet Regan, and her mother, Chris (Ellen Burstyn). Regan tells Chris that she has been chatting with a Captain Howdy via Ouija board, and soon after they begin hearing noises in the attic, a scratching that makes them believe it's rats.

Then, Regan starts acting weird by urinating herself in front of company. When Chris makes her go to the hospital for testing, they give her nothing but ludicrous accusations and treatments. Soon after, Chris is forced to look at it from a spiritual standpoint, and calls in the help of two priests, Father's Merrin and Karras (Jason Miller). Upon arriving, the priests start the exorcism, but to no avail at first. We see things like masturbation via crucifix, projectile vomit, levitation, head spinning, "help me" being scratched into Regan's stomach, scratches, and vile and offensive language. We also see that Father Merrin in his old age, can't take all the stress of another exorcism, and dies at Regan's bedside.

Father Karras, having struggled with his faith the entire movie and thought about quitting being a priest, takes the demon into himself. He throws himself down the stairs killing himself and saving his soul, and ridding Regan of the evil inside her. Regan, doesn't remember anything about the entire possession, so she and her mom move away, in hopes of starting anew, and putting this nightmare behind them.


Four years later, in an attempt to cash-in on the craze created, a sequel (Exorcist II: The Heretic, 1977) was made, but opened to critically negative reviews. They weren't able to capture that lightning in a bottle again. Then, in 1983 the third film was made titled Exorcist III which starred George C. Scott (Firestarter,1984) and Brad Dourif (Child's Play, 1988). Based off of William Peter Blatty's novel, Legion, the third installment picked the series up off the ground, and has the opinion of a lot of genre fans that it's the best Exorcist movie. Then,  Exorcist: The Beginning, a prequel was released in 2004, with lackluster results. One year later, Dominion: Prequel to the Exorcist  was released.

Turns out, two films were made as prequels, and The Beginning was chosen over Dominion. I still haven't seen the latter, but I'd really like to get around to it at some point. From what I've heard, it's better than The Beginning, and was a "stupid" call for it to have not been the one chosen for theatrical release. I still think it's cool that both got released though, even if one overshadowed the other.

In the end, the cash cow has been milked dry, trying to regain the greatness once achieved in 1973, but falling too short. I only own the first and third feature. No use for the others, personally. But regardless of the sequels' receptions, there's only one film that's said to be the most terrifying movie ever made, and that's the original.

BEST SCENE: I've gotta go with the puke. It's nasty as hell, and in a sickening way, iconic. 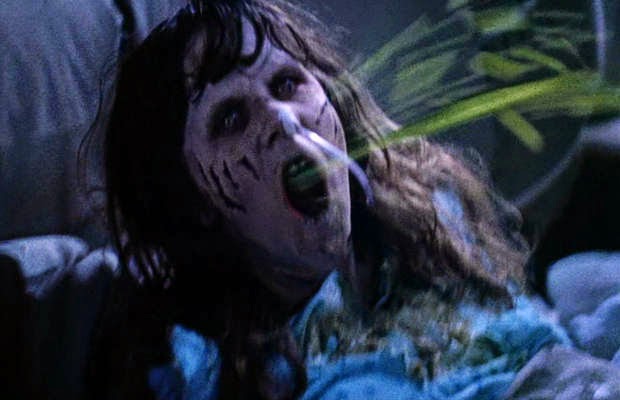 But, if we're counting the unrated extended version, I'm going to give it to the "Spider Walk" scene. Creeps me out. Big time.

BEST QUOTE: Father Merrin takes this one. "Especially important is the warning to avoid conversations with the demon. We may ask what is relevant but anything beyond that is dangerous. He is a liar. The demon is a liar. He will confuse us. But he will also mix lies with the truth to attack us. The attack is psychological, Damien, and powerful. So don't listen to him. Remember that- do not listen." 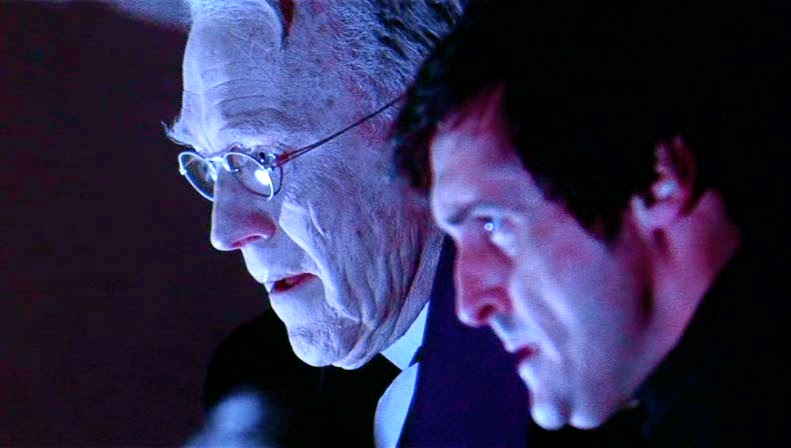