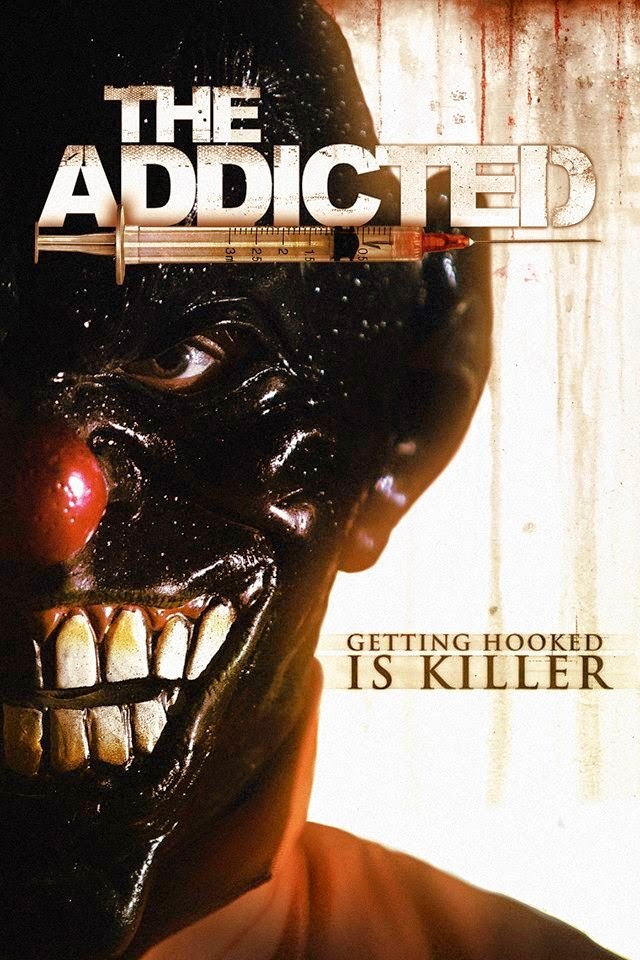 "25 years after a patient in a drug rehab clinic commits suicide, 4 friends decide to to spend a night in the abandoned clinic to try and film some of the reported paranormal goings-on. Shortly there after, an up and coming TV journalist is persuaded to spend the night in the clinic with 3 of her friends and try and film some of the spooky activity that is rumored to be going on. In the course of one night, Nicole, her boyfriend and their 2 friends discover the sickening truth about the history of the clinic and have to face a very real possibility that they may never leave."

The first thing that popped into my head when viewing this, was the lack of inspiration. I swear, almost every horror film nowadays takes place in an old rundown asylum of some sort. But, this low-budget feature starts with four brutal deaths that get you in the mood to continue watching, and see what happens. Then, the main cast breaks into the clinic to stay the night, and set up equipment like cameras all around, in hopes of recording something paranormal. All sounds good at first, but nothing of true significance happens for a while. So, we're left in the grasp of the main cast. All of whom aren't very good actors and actresses.

So, we're reduced to watching a group of young adults drinking and smoking and having fun, all the while paralyzing the film from moving forward in a productive fashion. There's too much camera time on things of minor importance, and we dance around eventfulness for a long time. Then, we see a ghost on camera while the group of friends are partying and acting like fools and not paying attention. The catch is, the ghost isn't scary at all, and the makeup is flawed. At this point, I knew I was in for a long ride that I wasn't going to enjoy very much.

One of the things that irks me, and I honestly don't know if it is due to budget or just bad writing, but some of the friends partying in the clinic use duct tape to hold cameras in corners. That is extremely unlikely to really happen, and just looks bad on film. It begs the question of whether the or not the amateurs are those on screen, or those behind the camera.

Then, we see the guy on the cover of this flick, wearing the creepy black clown mask. And he starts off by using a nail gun to one of the people staying overnight in the creepy building. Then, he uses heroin to inject his victims with. All the while, he speaks and sounds just like Tobin Bell as Jigsaw from Saw. This ruined the effect of the villain for me. Again with lack of inspiration.

The group of friends basically start getting dragged off one at a time, and there's no suspense or even as much as cheap thrills or scares. There's some decent brutality though with people being stabbed in the face and eyes with needles, and being injected with heroin in the eyes. Really, what it boils down to is that the antagonists in The Addicted are ruthless, but the protagonists are idiots doing everything they shouldn't to try and survive this type of situation. And, soon enough it's just down to the lead character Nicole (Jenny Gayner), to fight and try to escape the hospital alive. There's plot twists midway through, and at the ending. Both of which are meant to jar you, but instead have no impact due to lack of environmental scares and intensity. When it's all said and done, The Addicted is a one time watch. It's not the worst film you'll ever see, but it's also not one you'll need to view more than once. There's a million other movies like it, and if you've seen one, you've seen 'em all. This does have a few touches of originality to it, but not enough to make it a stand-out effort.

Email ThisBlogThis!Share to TwitterShare to FacebookShare to Pinterest
Labels: drug use, Screener, torture