The horror-punk band, The Misfits, were founded in 1977, and are mostly known for their outfits, crazy hair, and ghastly makeup. And despite their disbanding, the popularity of their gimmicks and music keeps growing and growing. It seems everywhere I go, I see someone wearing a shirt with the Misfits logo; the crimson ghost skull face. The band are mostly known for their songs "Dig Up Her Bones", "Last Caress", and "Die, Die My Darling", and were never scared to push the envelope in terms of disturbing-yet funny lyrics. Over the years, The Misfits have become somewhat of a pop culture craze. And like all good things, the popularity comes after the point of their success. They're more popular now then they've ever been. 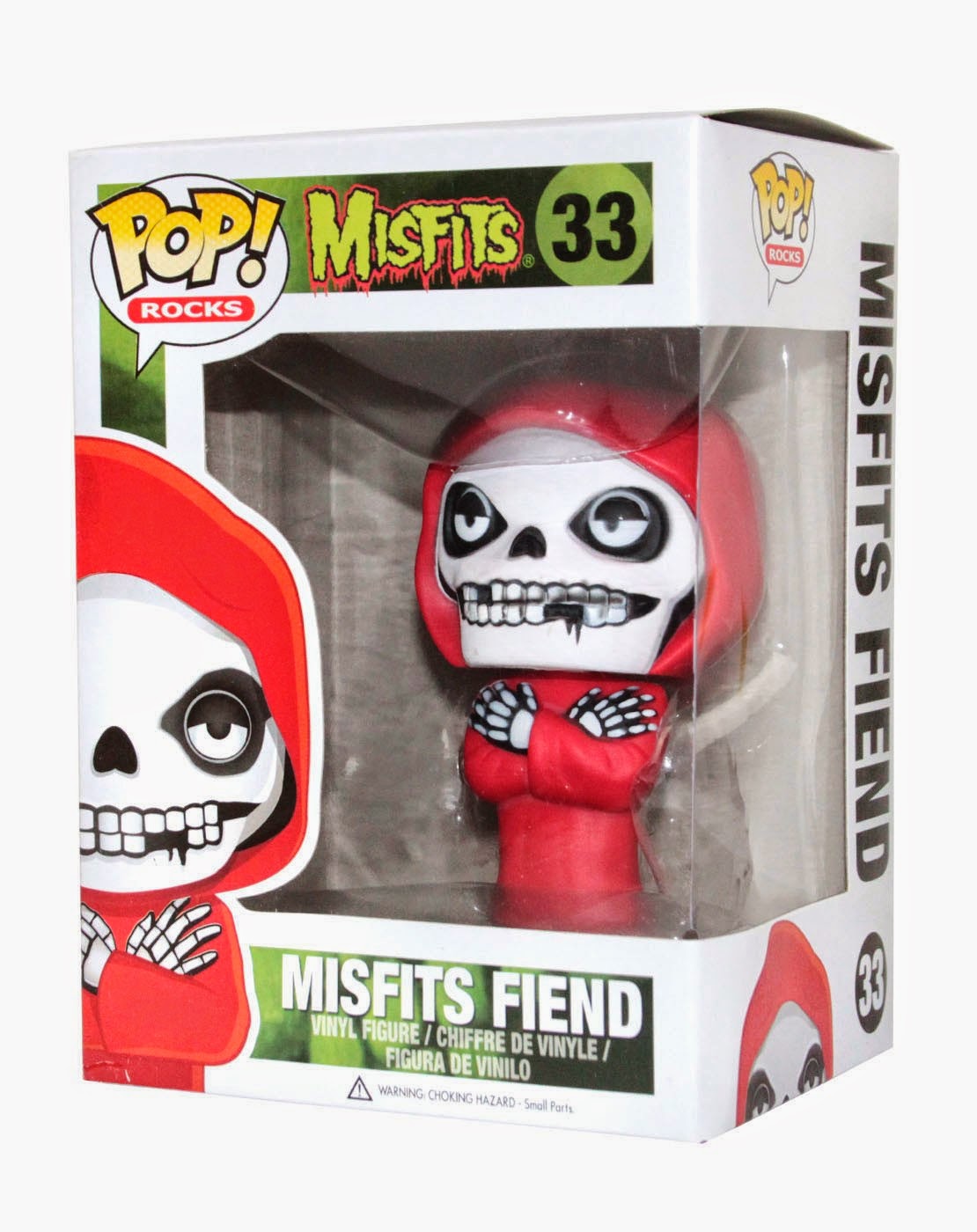 There's been 1/6 scale action figures made of some of the band members before, but now the band is honored through toy manufacturer Funko, with a 3.75 inch tall POP! Vinyl figure. This is the 2nd time I've posted a POP! Vinyl product since starting Horror Toy Tuesday, which shows you that there's some good stuff out there being made. And I'm sure this isn't the last post you'll ever see me do about Funko either. Now, you can jam to your favorite Misfits tunes with this little guy on your stereo at home, or dashboard in your car. There's also the option of having him decorate your work office space. Regardless of whether people recognize the band's mascot or not, it's a compelling piece.

Just look at it. It's going to start a chat when friends and/or co-workers see it. It's adorable in a macabre sort of way. And like all POP! Vinyl figures, it's extremely affordable (see link at top of post). I haven't ordered mine yet, but I intend to very soon. There's no reason why any fans of The Misfits out there shouldn't own this piece of pop culture history. Not to mention that although they're cheap in price, they can go for hundreds of dollars once sold out, as Funko's stuff often does. So don't miss out on this awesome piece!