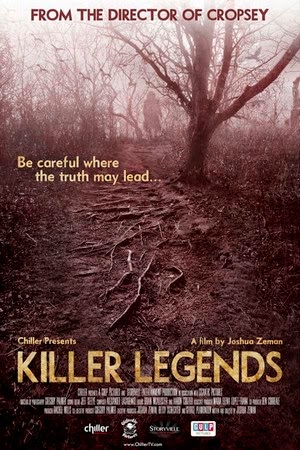 Synopsis taken from IMDb
Delving into our collective nightmares, this horror-documentary investigates the origins of our most terrifying urban legends and true stories that may have inspired them.


This was a screener that I was really looking forward to. If there's something I love, it's a good horror-based documentary. I love learning, and there's nothing better to learn about then anything horror. In this case, Killer Legends, takes you all over the place, from Texas to Missouri, to Chicago investigating and finding the truth behind some of the cruelest urban legends. I've seen a lot of narratives before, but never one that dug to find the ugly truth that inspired some of the most chilling stories ever told. So this was a treat, and it's incredibly well made.

Joshua Zeman (Cropsey 2009) and Rachel Mills (American Pickers 2012) take you on a journey that makes you face the harsh reality that real life is far worse than any scary story made up. Also, that any tall tale is always based on some truth, which is always more horrifying. When watching, I couldn't help but reflect how screwed up we are as a species to do the things we do. Killer Legends shows you that you don't have to be scared of the monster in your closet, or the creepy clown doll under your bed, because human beings and what they're capable of, trump all else.

We learn about The Hookman, and the danger of sex amongst teens. In 1946, a killer known as The Phantom murders four couples on Lover's Lane, claiming five victims. He was never caught, and the incidents have been dubbed the Moonlight Murders. These killings are what inspired the motion picture, The Town that Dreaded Sundown, because The Phantom always wore a mask. 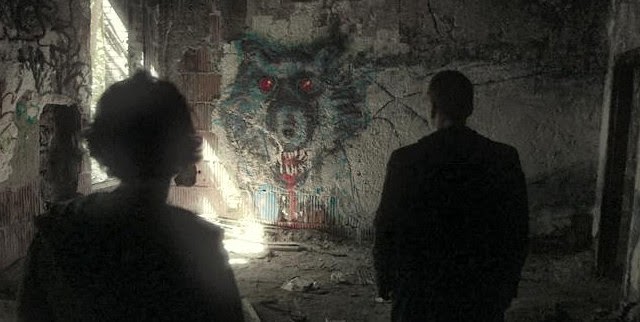 Then we get schooled about the Candyman urban legend, where a man gives poison to children in Halloween candy. The sickening truth behind this involves a father poisoning his son's pixie stick, in order to claim the child's insurance policy. Though some still believe him to be innocent, he was given the death penalty via lethal injection.

The Baby-Sitter is one of the most disturbing urban legends by far, as this documentary will teach you that in Columbia Missouri 1950, Jannet Christman was strangled to death with an iron cord. We learn there was a similar strangulation in 1946, only two blocks over from where Chistman would be killed just four years later. Both are said to have probably known the antagonist, because there aren't signs that there was a struggle.

The clowns are possibly the most unsettling of all the stories told. We delve into the psyche of why clowns are so creepy, and how it's the perversion of innocence. I didn't even know there was a name for those afraid of clowns, but now I do. It's called coulrophobia. We learn about random kidnappings and sightings all involving men dressed as clowns, to lore children in. And of course, John Wayne Gacy, and his 29 victims are mentioned.

There's no point in me ruining all the specific details, so I'll stop there. But, I sincerely liked this feature. The time and effort that went into making it is undeniable. Joshua and Rachel did their homework in this eye-opening docudrama. If you like finding the grit and dirt behind scary stories, there's no reason not to watch it. It's very knowledgeable and informative, as well as unsettling. 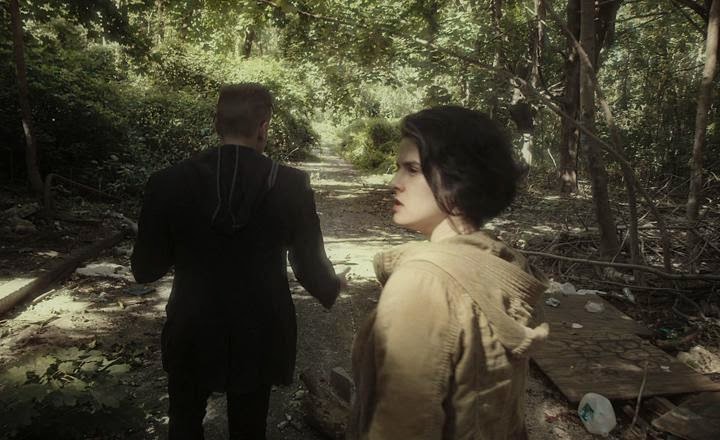 Killer Legends hits DVD July 1st, so check it out. And beware of the truth.