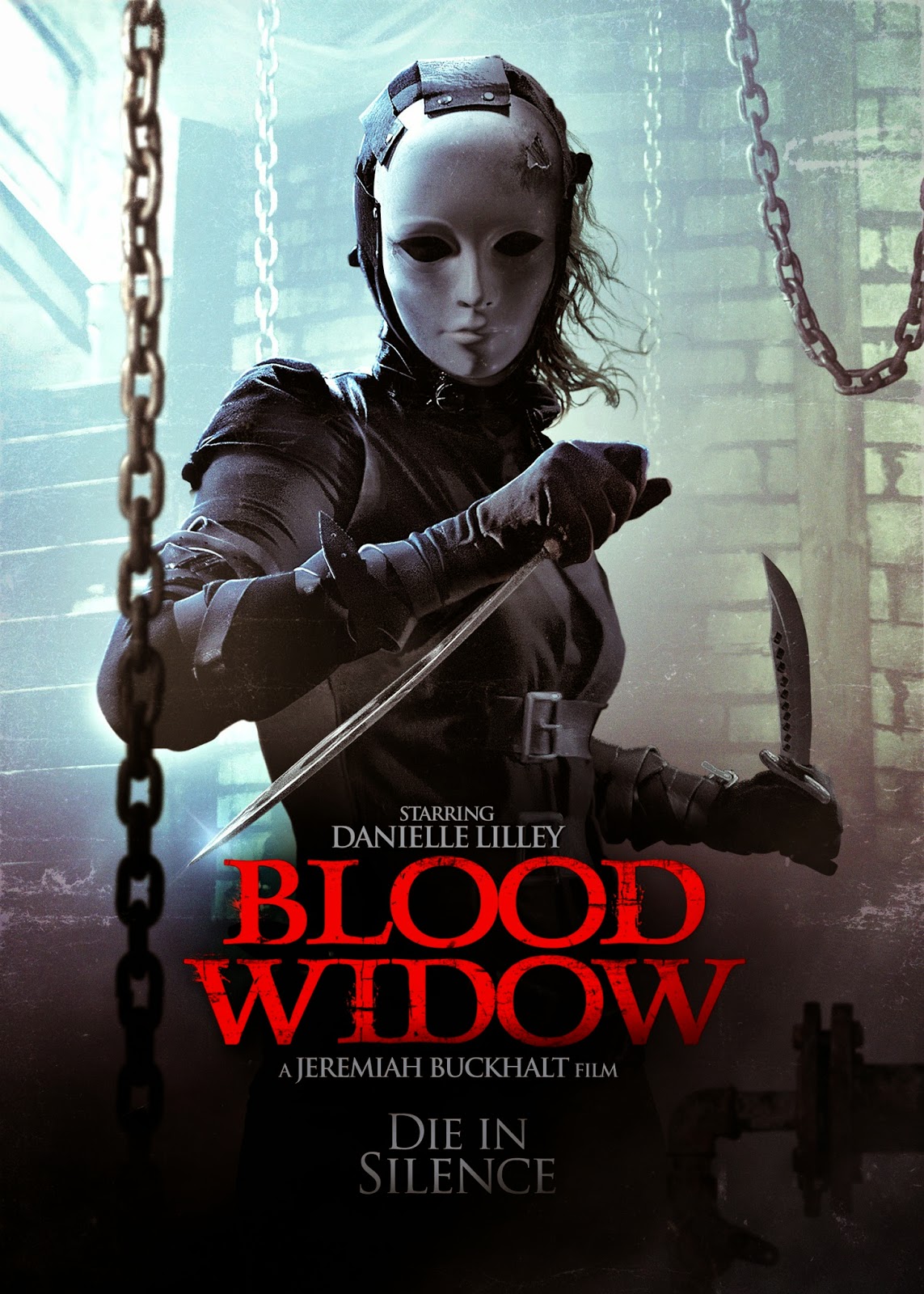 "After buying a nice house in the country, Laurie and Hugh, a successful young couple, throw a party for their friends. During the wild night a few friends decide to explore the abandoned and decaying boarding school next door, only to wake an emotionally broken killer: The Blood Widow"

I'm at the point now (like most movie-freaks) where I can tell within 10-15 minutes into viewing a feature, rather it'll be any good or not. And I knew that I was going to be sitting through this one through the duration. Even though some of the acting from the supporting cast is really bad, it wasn't enough to stray me away from the story.
"Blood Widow" starts off with a quick off-screen kill that sets the tone nicely. Then, we meet new homeowners, Laurie and Hugh. While happy to be moving, her mood suddenly is turned upside down when Laurie finds out that Hugh invited friends over to their new home, and intends on throwing a party. And of course, Hugh's friends have to be total jackasses, and decide to go to the boarded up boarding school next door, just for kicks. At this point in the movie, I knew that I was going to like it. I was surprised myself, by how much I was into it. 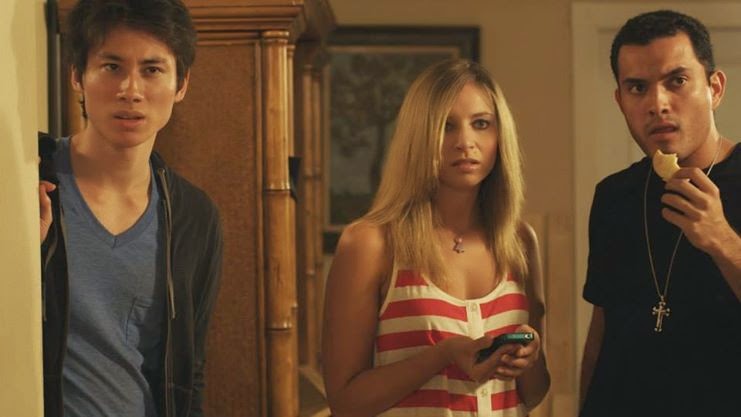 Upon breaking into the boarding school, aside from making fools of themselves, Hugh's mischievous friends find themselves in the wrath of the Blood Widow, who has a very troubled origin. I personally like the way the Blood Widow looks. Although it's a bit stylized, and perhaps it ruins the realness of everything, her outfit is pretty sweet, and the mask is nothing less than creepy. It's a very iconic look. It's feminine with a touch of serious danger. And once she gets a hold of Hugh, Laurie, and their buddies, she goes a major killing spree full of blood, brutality, and creativity.

Someone gets gutted in a violent and downright gnarly fashion, and there's even a double beheading! Again, some of these kills get away with murder (no pun intended) because, although they're not very realistic all the time, they're enjoyable and entertaining as hell. The Blood Widow is not shy on gore either, there's plenty to go around. And there's an overall gritty feel and setting in the movie, that keeps everything seem so much more intense. 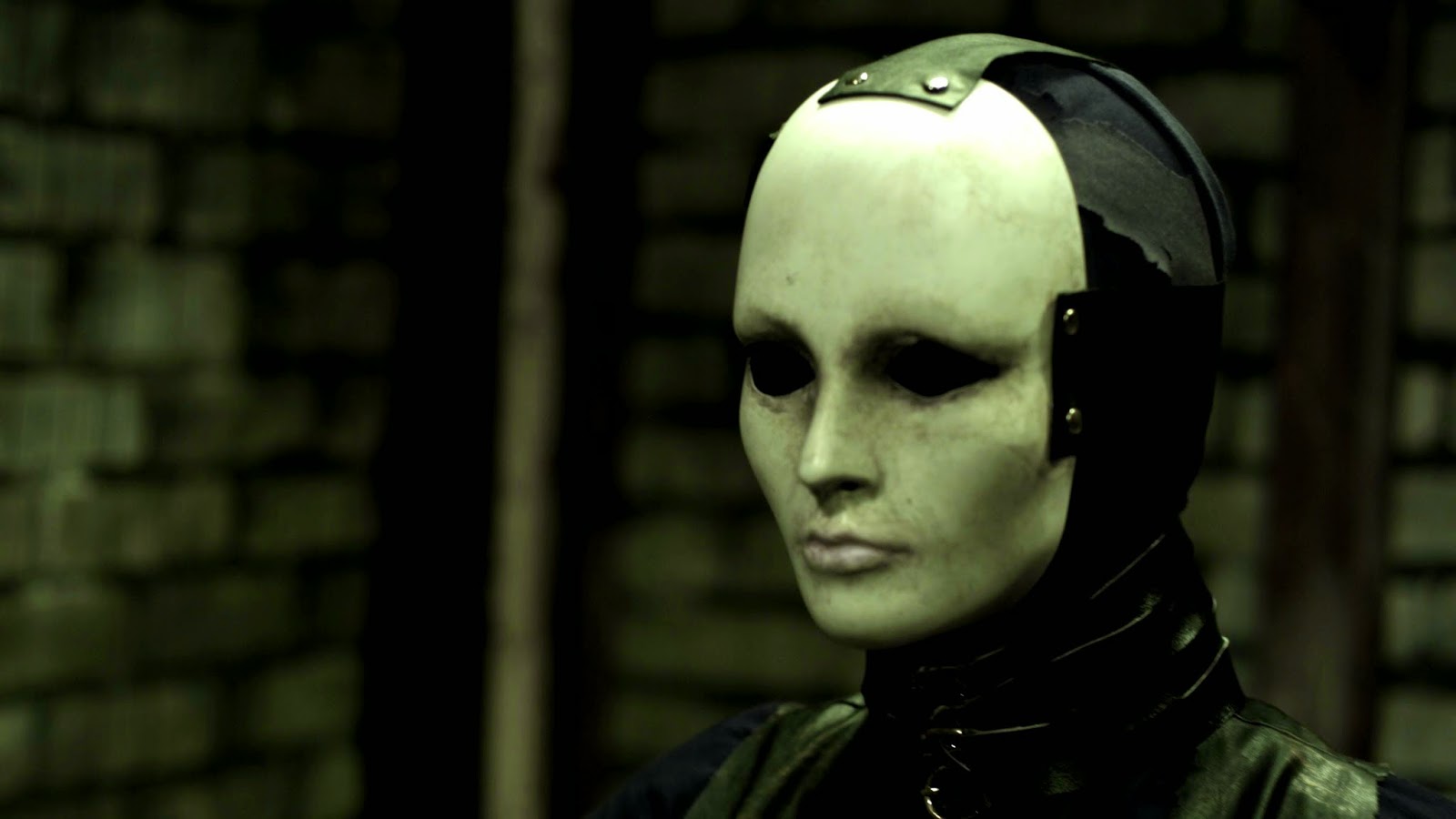 Things get crazy towards the end, when the Blood Widow captures Laurie and ties her up. We see some serious sadomasochism, and some surprising unexpected deaths. The movie ends very dreary and dark. And bloody. "Blood Widow" hits shelves this Tuesday, June 3rd. Don't miss it, especially if you're prone to like your horror a bit dark and gruesome.