Synopsis taken from IMDb
There is more in the darkness than you know...Mind-full host Spencer Knights puts his crew in peril whilst trying to win his own series as part of the paranormal competition Dark Vision. Find out what manifestations lay in wait for his team inside Baylock's Folly- a place where a dark history and possibly a darker present. Who is it's mysterious caretaker Clem and what are the twisted motivations of the producers at the "Dark Vision Hub"? Step into the darkness and find the answers in this new wave Gothic horror from Stray Spark productions.


Five teams start off in a contest, competing against one another. Who ever wins the ratings war, gets their own series. Seems pretty simple right? Well, it is. That is until some real paranormal activity starts to occur. As the films go on, we're updated on how many teams are left. But, one of my biggest flaws with this feature is that we don't actually see any of the other teams.

The entire duration, we're focused on one team, lead by Spencer Knights (Bernie Hodges). Now, this production works well with its limited budget, but there are still certain things that would have given it that extra edge, like having shown some of, if not all of the other teams competing. I think it would have bumped things up a bit. And seeing as how the movie has an outstanding sense of humor, I believe showing other teams would have been great to cash-in on the laughter aspect.

Perhaps there could have been a split-screen type of approach like in video games, where you see what's going on with two different teams at the same time. But, it carries on just fine as is. I just think it would have been a more dynamic take to show more characters. But, as I mentioned, with a limited budget everything is really professionally handled, and that's impressive in my book.

One thing that I'm really happy about is that although they're recording a show, we don't see the events from their cameras. So, this doesn't turn into another found footage movie, like the countless others out there. That's a good thing, because as it is right now, I can't stand the found footage sub-genre. So, Dark Vision holds onto some creativity, and doesn't go with the popular trend of shaky camera angles and random ridiculous jump-cuts in editing. 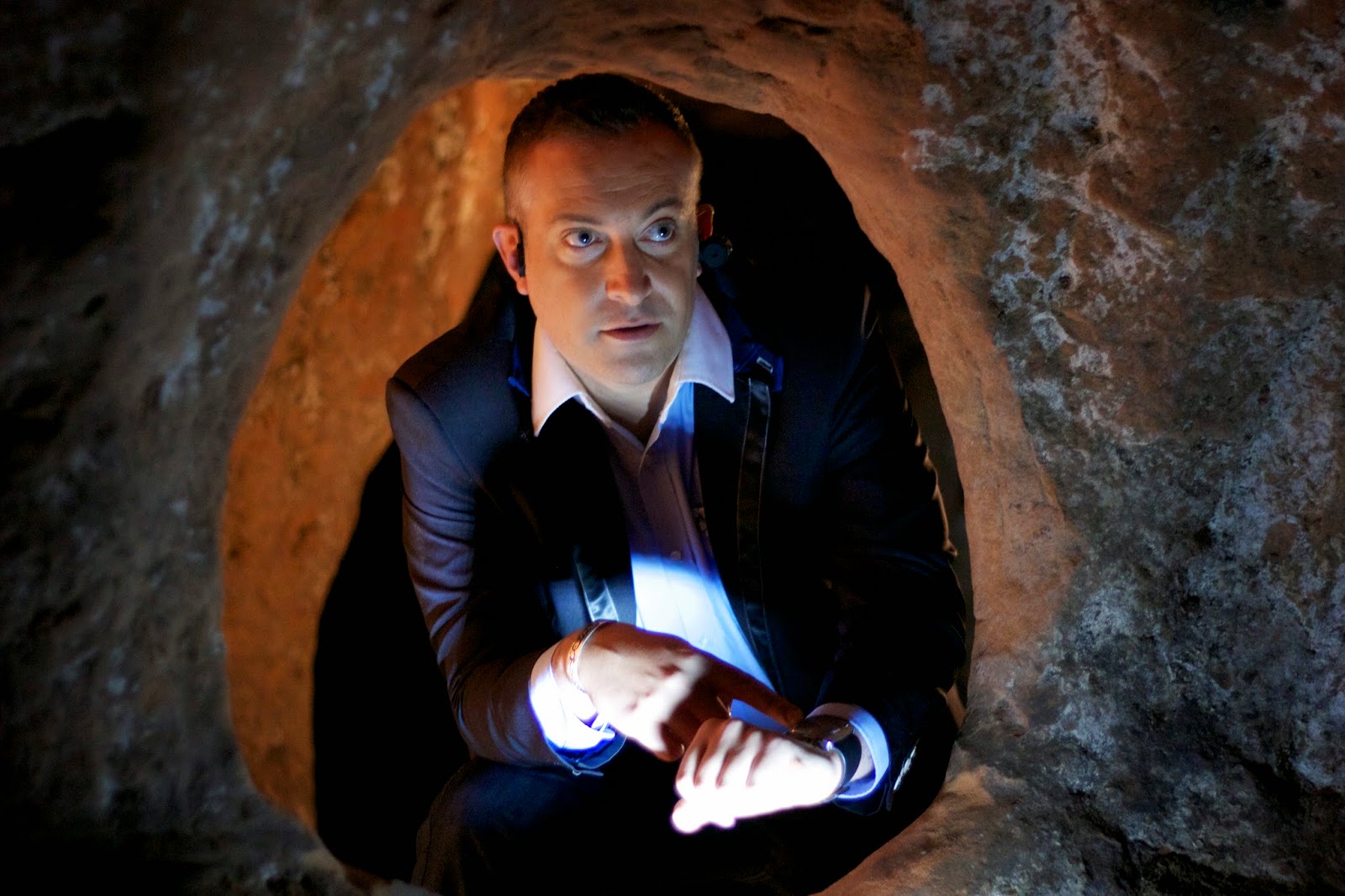 When Spencer Knights crew decides to do a satanic ritual in order to contact spirits, they soon realize that it's not all fun and jokes anymore. I tend to hate jump scares, but this film has several that I not only don't mind, but they actually worked and caused me to react a few times. They're well timed, and used wisely. There is one part in particular that I jumped so hard at that I was vocal (laugh) and I can't say that happens often to me, at all. And, there's a good, heavy amount of suspense.

Turns out, the doorway to hell was opened by the ritual performed, and that human souls feed the demon beneath. If it gets enough souls, it gets strong enough to enter our world. Really, the concept isn't entirely original, but it uses things we've seen before and does them better, allowing the non-inspirational aspects to be easily forgiven. And honestly, the films overall sense of humor is the saving grace for this indie movie. Because, there are some weak FX both in makeup and CGI, but the fact that this flick doesn't take itself seriously, and is intentionally goofy, changes the feel for the better. If this were trying to come off as some horrifying experience, this would be a completely different review.

Sometimes, you've gotta know how to work with what you've got, and the crew behind Dark Vision rocked it, as far as I'm concerned. It unfolds well, and actually is pretty scary at parts, but overall, it's entertaining, and keeps you watching. It's not all around predictable, so the element of surprise is present, and that's a good thing. Always is.

So basically, you've got a good indie effort of a movie that kept me paying attention, had me laughing, and had me jumping. This isn't the best movie out there, but with all the crap floating around, it's not bad at all. It's not going to blow you out of your seat, but you won't regret watching it. The cast does a stellar job at keeping things exciting on screen, and any flaws are overlooked due to the sheer entertainment value that's present. It's well-made, and worth a watch by anyone who's a fan of the genre and loves a good horror-comedy mix. Watch out for Dark Vison, it's currently in the works of being aired at festivals, and is currently being look at by a few distributors.

When this one hits, grab some beers or soda, or both, and sit back and let yourself be entertained. The craftsmanship the film is made with is impressive, and you can tell it's handled by professionals. I currently have been given several screeners, most of which have let me down, but not this one. I was actually surprised by how entertained I was. If I were to give any advice on how to better this flick, I'd say that it needs a score to help build up some suspense. 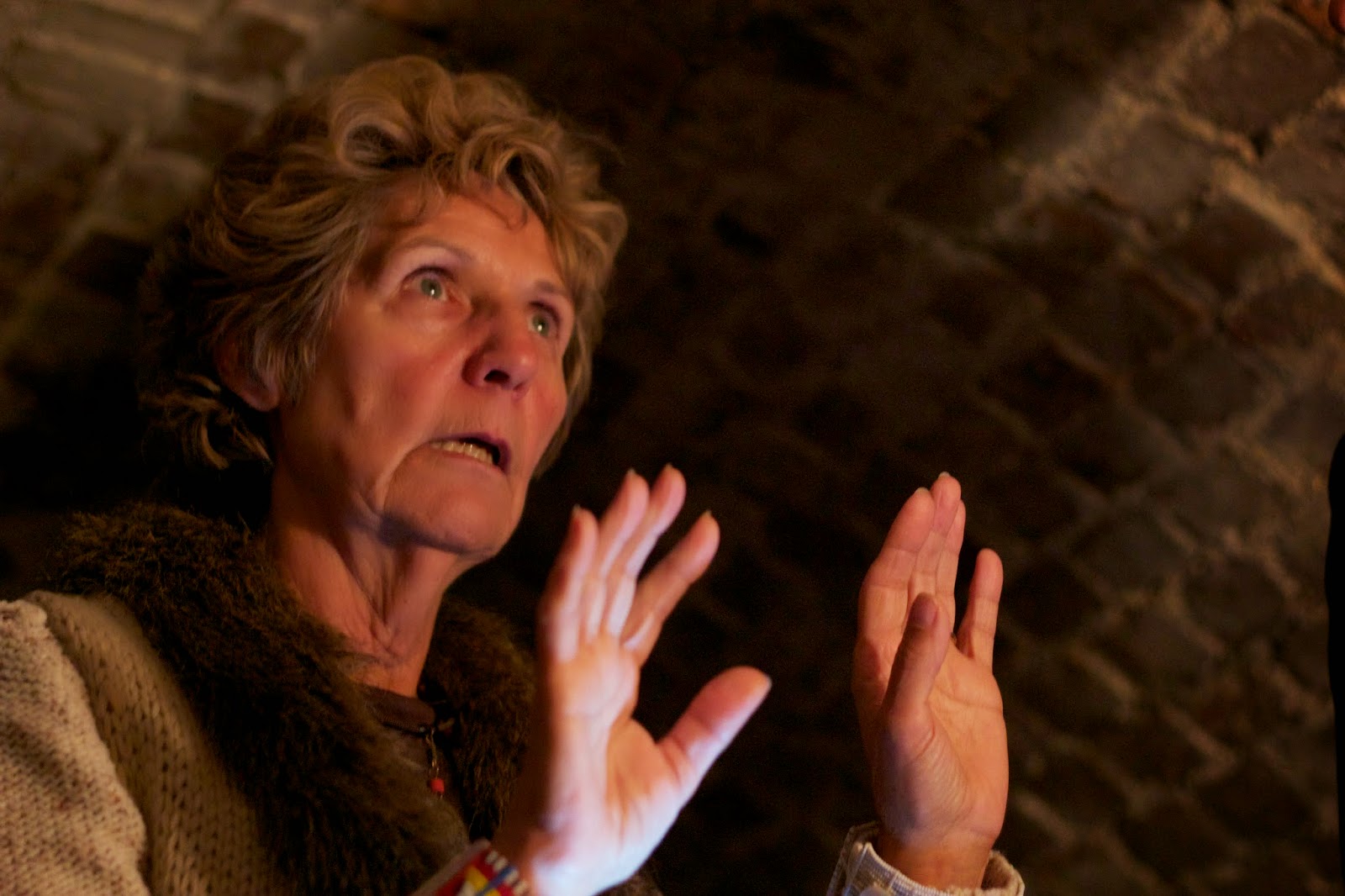 And, while I did absolutely like it overall, it's not perfect, so I'm not going to over-praise it. But I will give it it's due and say that I'm a fan.