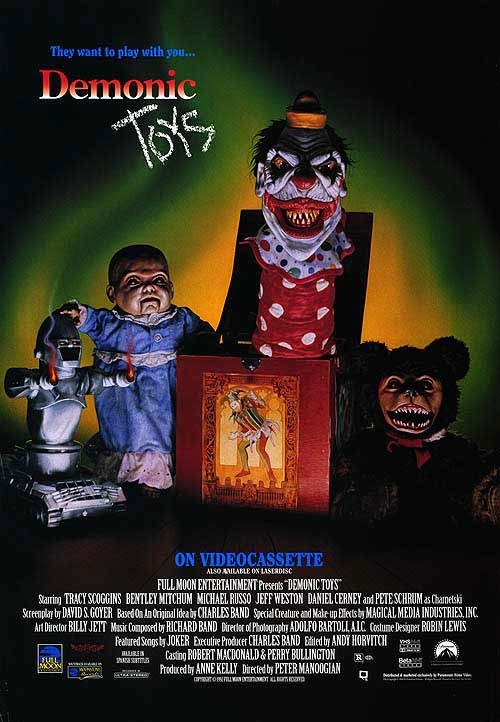 Synopsis taken from IMDb
A police woman, her quarry and an innocent delivery boy become trapped in a haunted toy warehouse.

I've actually only seen this film twice. I've always wanted to see the Demonic Toys films, but never got around to it. Then, about three weeks ago, I found a killer Full Moon combo pack at my local Walmart for just five bucks! The set includes three Killjoy movies, three Gingerdead Man's and three Demonic Toys features. And, seeing as I've already seen all the Killjoy and Gingerdead Man's, I jumped right into watching the Demonic Toys flicks. I instantly became a fan, and that's what inspired this review.


The movie starts off with two boys playing a game of "war" with a deck of cards, but it's obviously a dream. Then, we see police officers Judith (Tracy Scoggins) and Matt (Jeff Celentano) sitting in their unmarked cop car awaiting company to arrive. They chat about their dating and moving in together, marriage even comes up right before Judith spills the beans that she's pregnant. But, before they can celebrate, the arms dealers they're waiting on arrives. Lincoln (Michael Russo) and Hesse (Barry Lynch) have a trunk full of knockoff guns from Indonesia, but before they make the sale, Matt exposes he's a cop and is shot dead after shooting Hesse in the side. Judith chases Lincoln and the injured Hesse inside of an old toy factory.

The security guard in the factory, Charnetski (Peter Schrum), orders "legs and breasts" from The Chunky Chicken, which he does every night. Mark (Bentley Mitchum), a disgruntled employee who has no respect for his job or his boss, is a friend of Charnetski, and delivers him his food every night. He takes the company vehicle and drives to the old toy factory to give Charnetski his order. 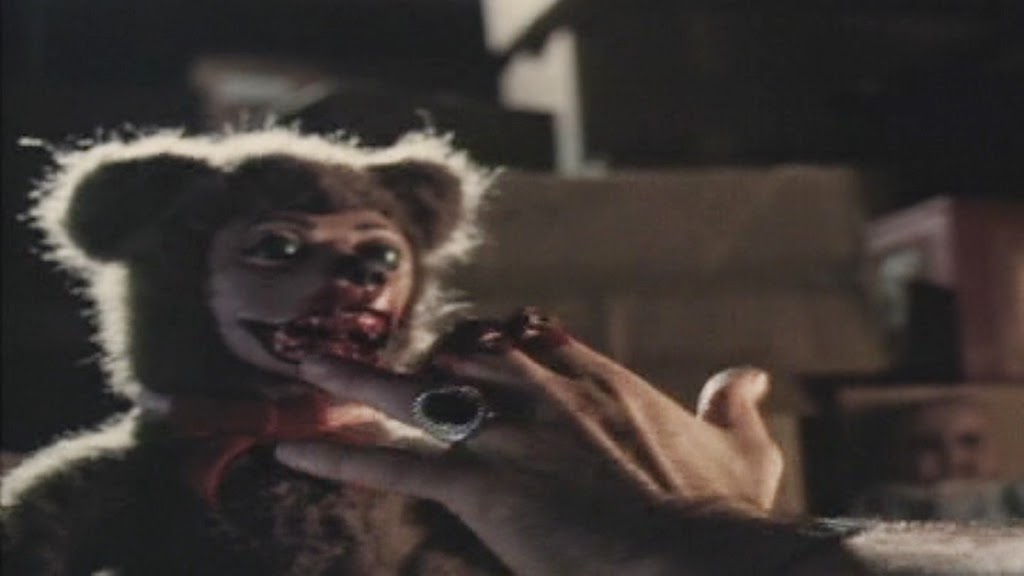 Then, Hesse is bleeding out in the toy factory. He's so weak he has to resort to crawling instead of walking. He sees a light glowing in the center of the warehouse behind some old boxes full of toys and crawls into it out of curiosity. Hesse's blood drips into the light and awakens the toys.

Meanwhile, Judith and Lincoln have a stand-off involving a shootout and fist fight. Judith eventually beats Lincoln down and handcuffs him.

Hesse sees a Jack In The Box winding itself, and rather than get the hell out of dodge, he goes over to it. What pops out is an evil clown named Jack Attack who eats a chunk of his face off. Only to then have his fingers eaten off by a vicious Teddy bear named Grisly. While in pain and dying, Hesse sees a little boy appear from nowhere and mention how he's "been sleeping a long time" and intends to "raise hell". Hesse is then shot to death by a toy robot called Mr. Static.

Then, Judith tries to phone her backup, but the lines are dead, and she's stuck there with Lincoln until the morning. But, Jude sees Mark delivering Charnetski his food and screams for help. Only Mark's radio is too loud and she goes unheard. Once inside, Mark and Charneski chat and have a beer until they hear gunshots fired by Judith, who knew that'd get their attention. When Mark and Charnetski show up, Judith identifies herself and catches them up on her current situation with Lincoln. 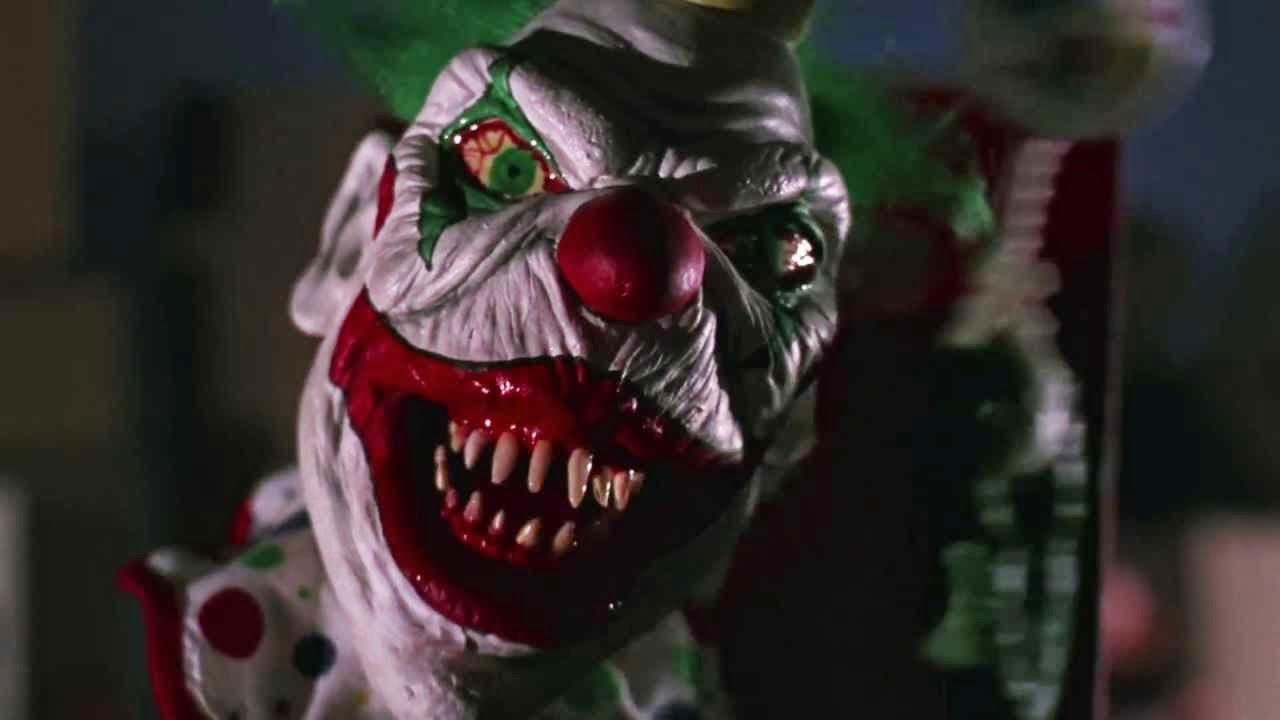 We're then introduced to a character named Anne (Ellen Dunning), who is a runaway teen due to her dad beating her. She reveals that she's been sleeping in the factory a few days now, and tells Judith, Mark and Lincoln that the toys are alive. Of course no one believes her, until spelling blocks start moving on their own on the floor spelling out that they're all wanted dead. Lincoln, then gets possessed by the demon at work, and talks about how he needs bodies to gain strength. For a brief moment, Lincoln appears as a little boy known as "The Kid", and Judith recognizes him as one of the two boys in her dream at the very beginning of the movie.

Mark and Anne make a plan to crawl through the vents in hopes of finding a way out, and Lincoln uses a small pocket knife to pick his handcuffs while Judith has a conversation with "The Kid" on an astral plane. The boy says that he can take any form he wants, but likes being in child form. He's a demon who is weak and is animating the toys, which is taking most of his draining energy. He was born dead, and his carcass was given out to trick-or-treaters who were disgusted by him and threw him into a ditch. The toy factory was then built on top of his body, trapping him inside for over 60 years. He tells Judith that he intends to be born a human so he can be strong. 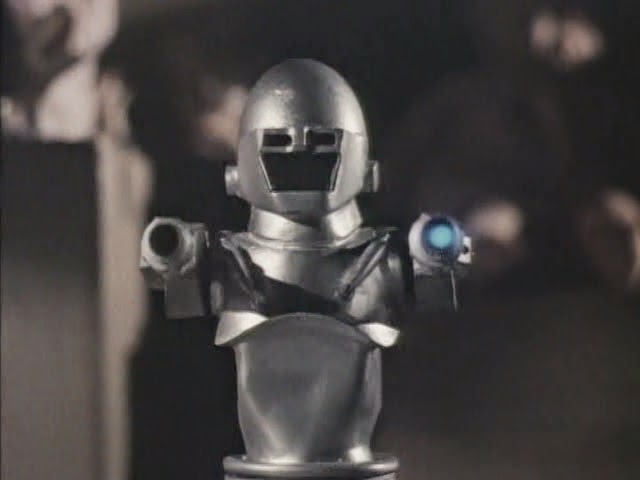 He plans on doing this through having sex with her (in an adult form) and then infesting her baby, so she'll give birth to him and not her actual baby. "The Kid" also mentions how her pregnancy with him will speed up the process, and he'll be born before the night is over.

Judith wakes up from her dream on the astral plane and discovers that Lincoln has escaped. Mark finds this out by having Lincoln knock him down and take his gun. But, Judith is quick in her pursuit and shoots Lincoln dead. Mark explains to Judith how the dolls got into the controls and they're stuck until morning. They then start massacring the toys like Grisly and Baby Oopsy Daisy, but Grisly grows to human size and becomes a huge threat. Judith runs and locks herself in a room and is ready to commit suicide when a little drummer boy toy signals for her to follow him. 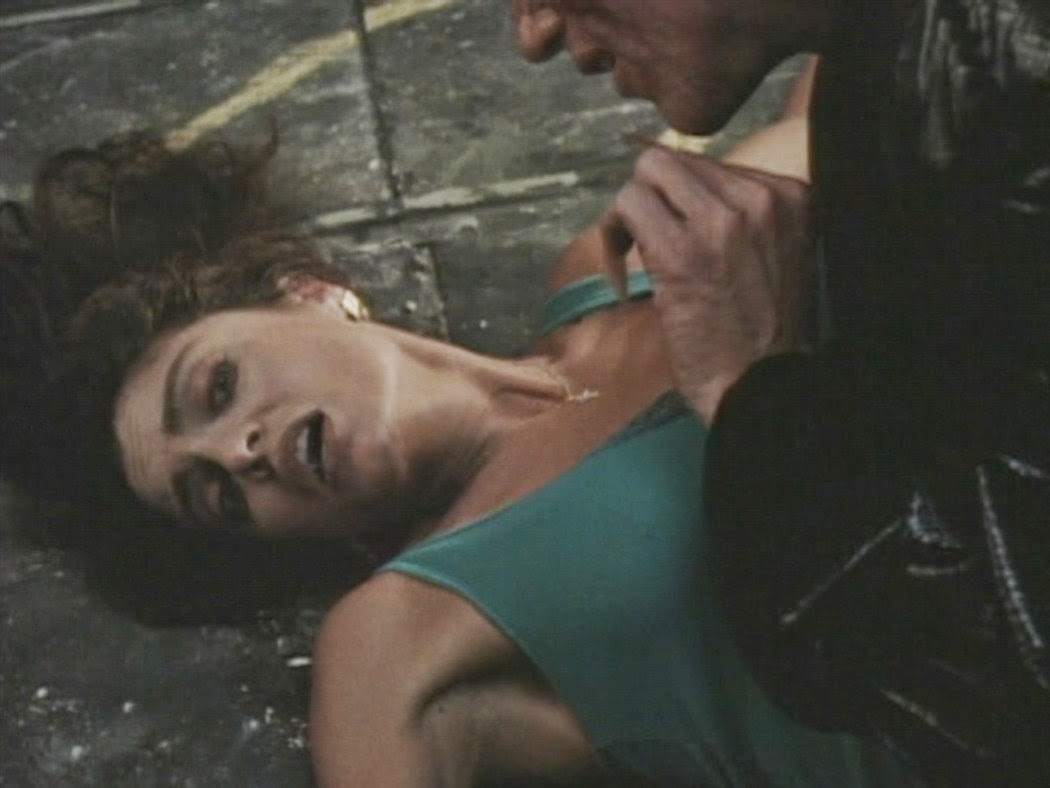 Once out of the room, Judith is dragged into a pentagram on the floor by "The Kid" and tied down. He then appears as an adult and is about to rape her after telling her that she won't survive the birth. However, the drummer boy who guided her away from the giant Grisly comes to her rescue and shoots the demon in the eye. He then turns into a boy himself, and Judith recognizes him as the other child in her dream- her real son. He beats "The Kid", and unties Judith as Mark sets the factory on fire. After Mark asks what's up with the drummer boy toy, Judith tells him that it was her son, and he saved her.

Unfortunately, I didn't grow up watching Demonic Toys, but, you can bet I'll be watching them regularly now and probably for the rest of my life. I love cheesy horror films, especially ones involving toys and possession. Nowadays it'd be a terrible movie, but you can forgive a lot of material that came out back before all the modern technology took everything over. A lot of people today would watch Demonic Toys and say it's stupid, and  I can see that point of view too. I just prefer to have a more open mind, and enjoy a good horror flick. These just add to the pile of Full Moon features that I like.

BEST SCENE:  I'd have to say it's when Jack Attack first shows up and attacks Hesse. It lets you know what you're in for the rest of the film. 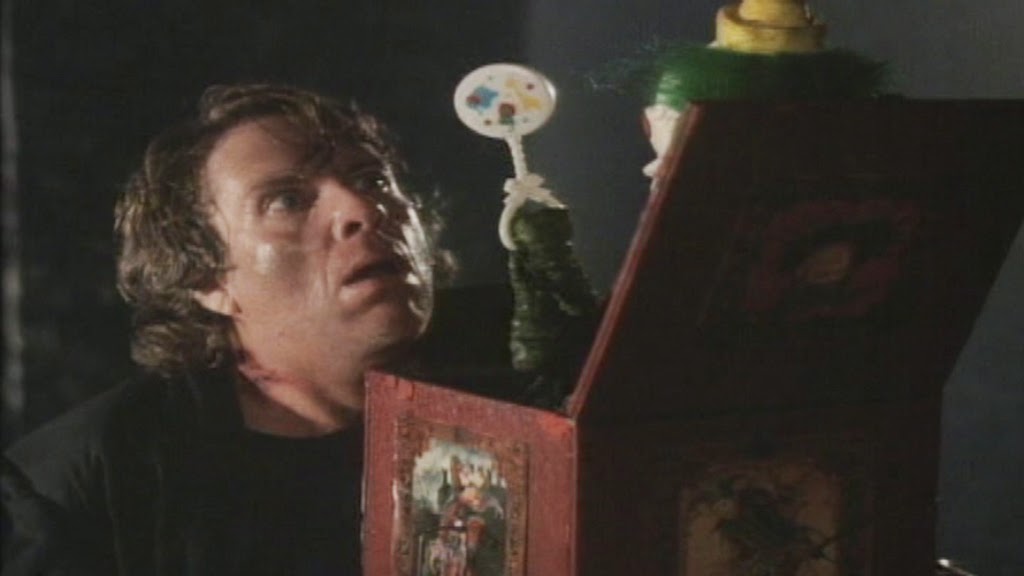 BEST QUOTE: Definitely Baby Oopsy Daisy saying "I can walk, I can talk, I can even sh*t my pants." It's very funny, and the humor makes the movie go over even smoother. 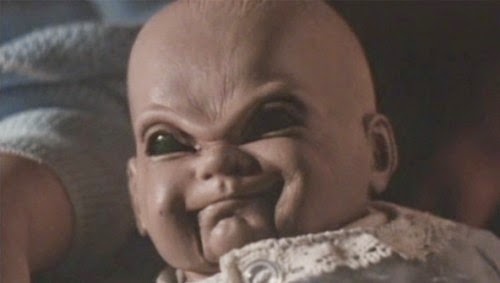