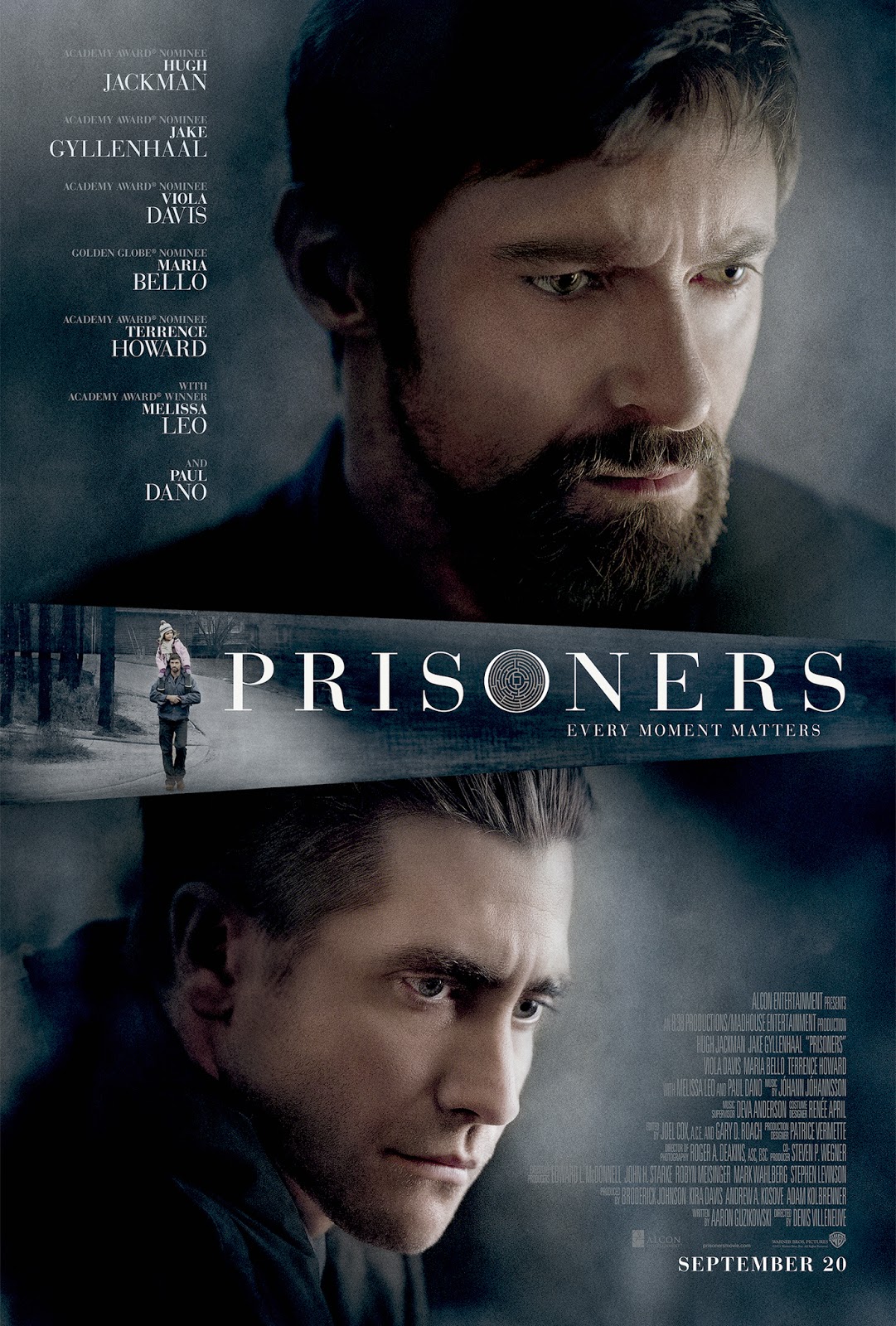 Synopsis taken from IMDb
When Keller Dover's daughter and her friend go missing, he takes matters into his own hands as the police pursue multiple leads and the pressure mounts. But just how far will this desperate father go to protect his family?


First, let me start this by saying that this is definitely one that you need to watch twice to get the full effect. Due to how well you're mislead the whole film, you miss a lot of details and clues that are actually important, and end up coming into play. Once you've seen it a first time, and know how it ends, going into it a second time allows you to see the things you might have missed. That is the case with me, anyway.

It's been a long while since I've seen a really good revenge thriller outside of the 2010 Korean masterpiece, "I Saw The Devil". So, having my interest piqued with the television commercials, I decided that I'd give this one a chance. I didn't get around to seeing it in theaters, and only just saw it for the first time a month ago. But after viewing it and seeing what a powerhouse of a movie it is, I knew it was going to go on the slab for reviewing.

The story to this is a lot more psychological and deep than other recent kidnapping movies such as "Megan is Missing" (which I thought was completely tasteless). Anyway, "Prisoners" takes a look at things from the parents point of view, instead of the person(s) kidnapped. And in order to pull off such a feat, you have to have a good convincing cast, which this movie provides perfectly.

What would you do if your child was kidnapped? Would you do the right thing and wait around for the authorities to handle it, or would you take matters into your own hands? How would your marriage suffer from having a child stolen from you? Or, how would it effect your everyday life, including work and sleep? Well, all of these questions are touched up on and shown to us in a very believable manor. Which is why the film hits so hard, because it has real character reacting to a terrifying situation. 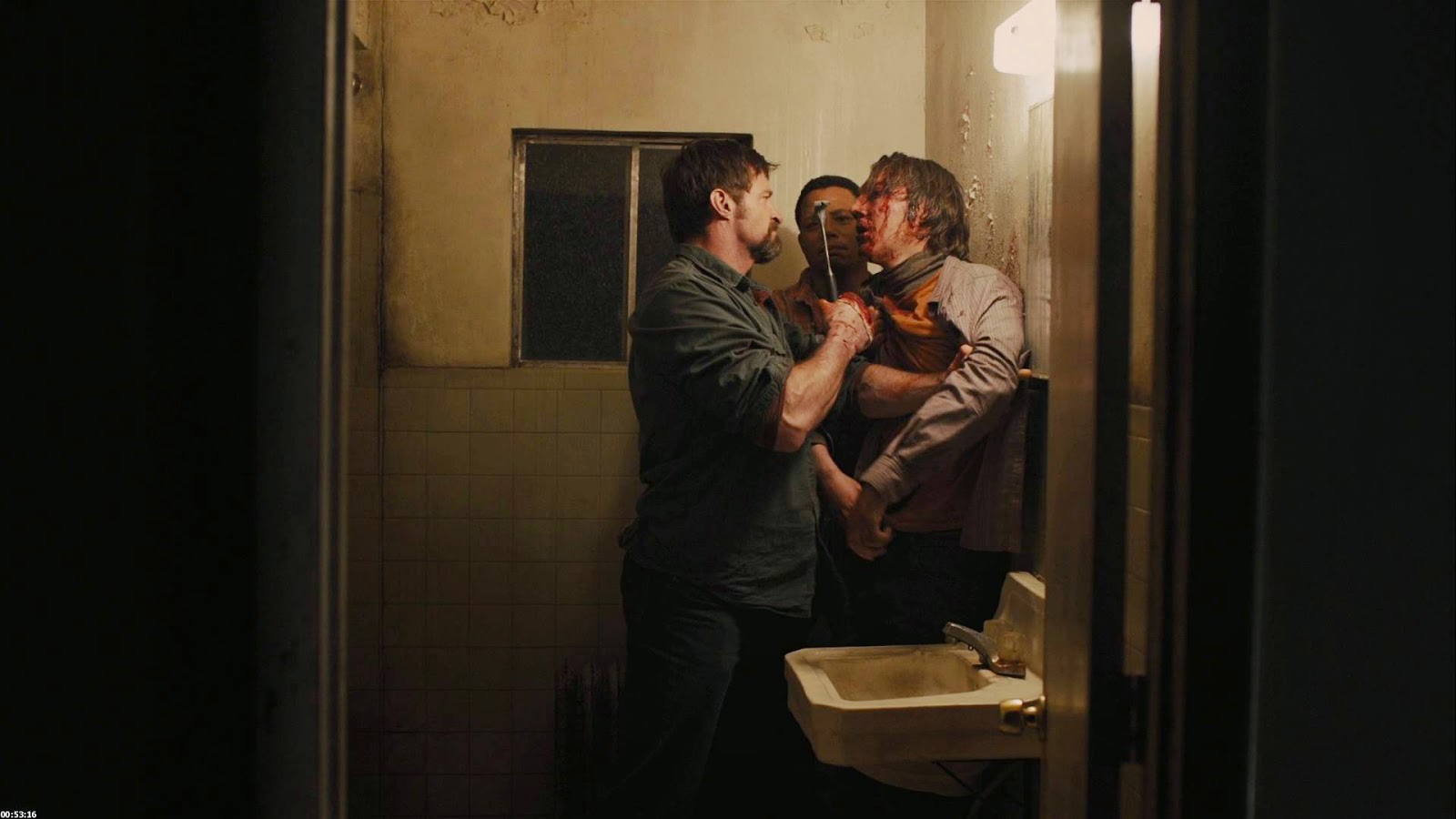 And the thing that I think I liked most about this picture, is that it isn't predictable. Most films like this you can see through and pick apart within 30 minutes, but such was not the case for me with this one. Everyone is a suspect, and because you have certain people you're weary of as a viewer, it kept me on edge. I didn't trust a single person in this one. And I was blindsided by the twist at the end.

The cast is on point in all aspects. I personally thought that Jake Gyllenhaal was awesome in this, and I don't really like a lot of stuff that he's in. But the crown on this film is Hugh Jackman's acting. That guy delivers. Jackman plays the guy that does what anyone'd want to do in his situation. Most of us would never have the guts to do what he does, but that doesn't mean we wouldn't want to.

So, even though he takes things a bit far, there's a lot of people out there who'd go even further, which makes his character easily likable and easy to relate to. As violent as he is, he's justified as far as I'm concerned. You steal someones child and you deserve all the hell in the world to come down on your head in my book. As a matter of fact, the movie actually received an NC-17 rating due to the torture, gore, and violence. So it was edited to tone down the graphic nature of it all.

For such a heavy topic, director Denis Villeneuve does a great job at exposing the realness and rawness of the situation. Very good movie. The ending left me high and dry, wanting more answers, but I really believe that it was the best way to end a near perfect picture.

So just for the sake of keeping track, you've got a good, strong story, great acting, good plot twists, lots of suspense, and a solid ending. As a matter of fact, I'll swear to the Lord that midway through the movie, I was so anxious to find out who the protagonist was that I almost pulled my phone out to Google spoilers (laugh). 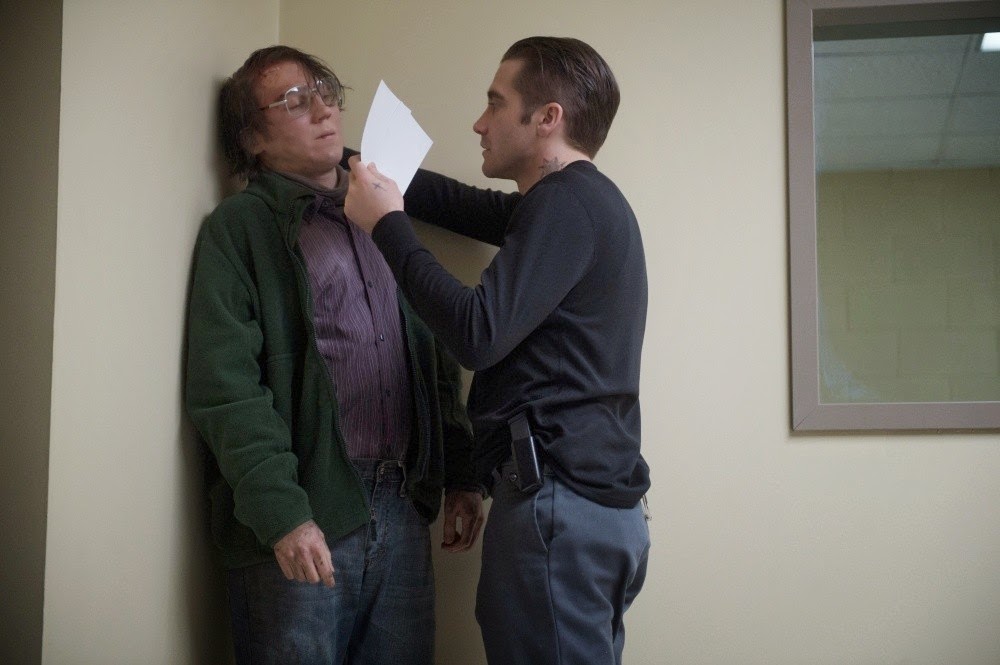 If you haven't checked this out yet, do yourself a favor and give it a viewing. It's hard and has some bite to it, but it's a rewarding experience, and a very serious movie.