PROXY is a deranged piece of cinema 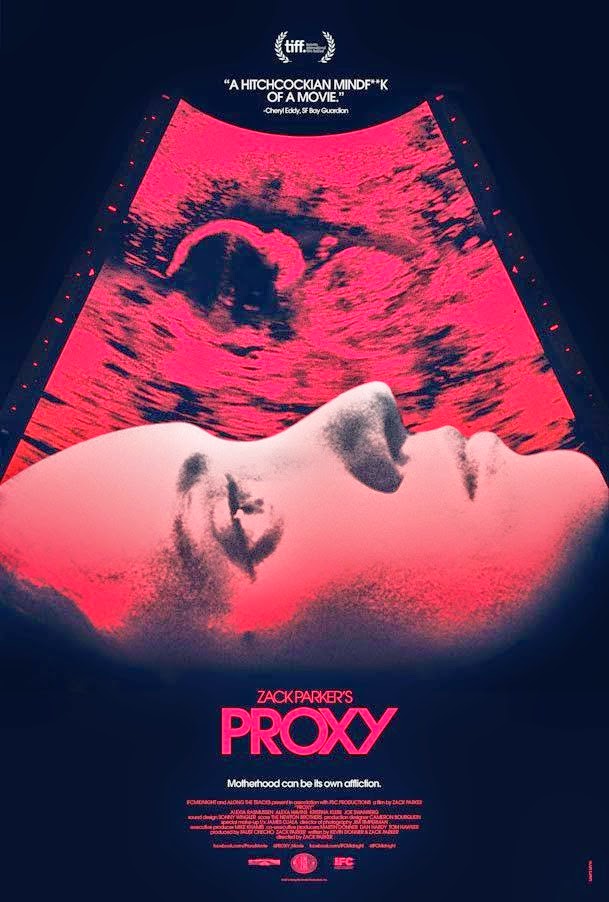 Synopsis taken from IMDb
While walking home from her latest OB appointment, a very pregnant Esther Woodhouse is brutally attacked and disfigured by a hooded assailant. This horrible event seems to be a blessing in disguise when Esther finds consolation in a support group. Her life of sadness and solitude is opened up to a friendship, understanding, and even acceptance. However, friendship and understanding can be very dangerous things when accepted by the wrong people.


Starting almost immediately, we see a very pregnant Esther (Alexia Rasmussen) ruthlessly attacked. What follows actually made my jaw drop, and I almost had to look away. This is that kind of movie that instantly tells you what you're in for. The attack is so heinous and traumatizing to watch, and it caught me off guard. My first thought was: who would do such a thing? Pushing the boundaries within just a few minutes, I was ready to stick around to see how far it would go.

We see the impact the vicious attack has on Esther, and she's extremely lonely. She joins a support group and starts to socialize, which seems to make her feel better. As the first act of the film dragged out and was kind of slow, I was intrigued to stay tuned and see where this all was leading. Never would I expect such a sick and unforgivable twist. And we see Esther sleep around, making the viewer realize she's not who we thought she was.

Esther becomes completely unlikable instantly, and we find out things about her, like how she never wanted to be a mother. She's a nasty, heartless person. But, it isn't just Esther that is unlikable, it's almost the entire cast. Joe Swanberg shows up and puts on a good performance, but he's kind of stiff. I don't feel that he let it all out in this film. I guess his performance while good, felt held back. His character Patrick, undergoes a traumatic incident that changes him for the worse.

What follows Patrick's misfortune is a shocker. I didn't see any of it coming, but it shows you how unpredictable this flick is. It's completely unconventional. There's an unnecessary slow motion scene that irked me, and it just didn't go as I expected it to, so I was left compelled to watch, so I can see how it would end.

There's some good gore that looks realistic and painful, and there's nice dialogue that doesn't feel forced. It goes over smoothly and naturally for the most part. Some of the music is kind of quirky, which is unnecessary, and takes you out of the movie.

The masturbation-choke scene is pretty disturbing and gross, again pushing boundaries. And we see that due to recent events, Patrick is now going to a support group. When he discovers a secret about his wife and her relationship with Esther, things get crazy. There's another kill towards the end that I did not see coming, and caught me off guard. I think what this movie is best at is being completely random and unpredictable. 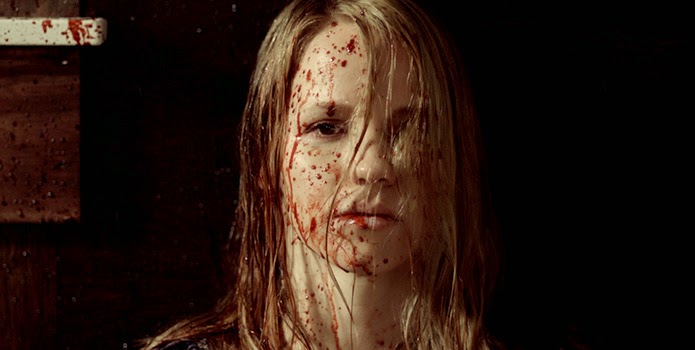 The film ends very deranged, but good. I feel that after viewing the film that it has a lot of good things going for it, but it's far too slow, and fails to build any true successful suspense. It turns into a movie that's only subsidence is shock value. Overall I was entertained, but I wasn't impressed. It gets too many things wrong, and it gets in its own way of being a great good movie due to some boring writing and drawn out scenes. I like it, but it's nothing worth praising.