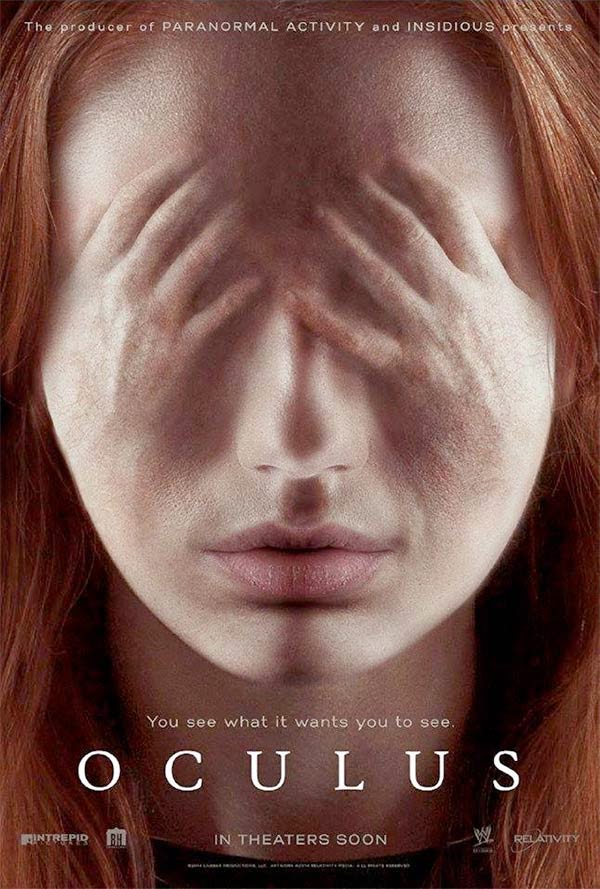 Synopsis taken from IMDb
A woman tries to exonerate her brother, who was convicted of murder, by proving that the crime was committed by a supernatural phenomenon.


My first impression of "Oculus" was that it's a WWE studios picture, which tend to be hit or miss. I can't say I've been too impressed with their releases. But seeing as how bad-ass  "No One Lives" was, I had some faith stored for this one.

The opening is instantly intense, and throws you into the moment. There's a few cheap jump scares towards the beginning that I'm not a fan of, but it's all in setting the atmosphere of the film and keeping you on edge. There's some good back story between the two lead characters, brother and sister, Tim (Brenton Thwaites) and Kaylie (Karen Gillan) Russell. There's not very much character development, but there's some good on screen chemistry for sure.

After Tim spends 11 years of his life in an institution for murdering his father, he's released only to have his sister bring him to the mirror that put him in the hospital all those years ago. With Kaylie obsessively rigging the house and taking extreme precautions, she swears to end what had been started all those years ago. Although her brother, now brainwashed and psycho babbled to death by doctors doesn't believe in what happened anymore, Kaylie stays on track and swears that she's right, and the mirror is still, and always has been evil. I thought the back and forth between the siblings was interesting, and I like how it weighs out both sides of the story, making you wonder who's really telling the truth.

Over 45 deaths are being blamed on the mysterious mirror in it's four centuries of existence. The first murder dating way back to 1755. And, all of the mirrors victims die in strange, unnatural ways. For example: someone died of dehydration while sitting in a full tub of water, just for owning the mirror. But, all the weird deaths that follow the mirror through the ages still aren't enough to convince Tim that it's all really the mirrors fault. He now has a 'logical' explanation for everything, and insists that his sister needs help like he's received over the last 11 years.

Dogs don't like the mirror either, it "eats them", and plants can't seem to avoid dying when exposed to the mirror. It seems to seduce whoever looks into it, and cause them to do some pretty crazy stuff. It's unbreakable, and you can't make outgoing calls while around the mirror. You may not know who you'll be talking to when you do... 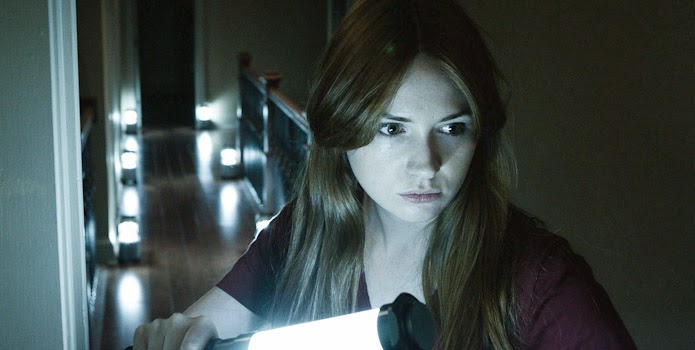 The story flips between two timelines: when they were kids 11 years ago, and now, present day. The whole film you just get small hints that build up to the unveiling of the unsettling truth behind that night many years ago. It plays out so it coincides with what's going on currently, thus the timeline switching is done in a very clever way. Though, I'll admit that for the first half of the movie I found the past events more engaging than the current ones. But, by bouncing back and forth between then and now, the film creates an atmospheric suspense that makes you expect anything to happen at any time. It takes its time setting a pace, which I appreciate.

It all started with buying an old antique mirror for a new home the family just purchased. And from there we see how it all started to unfold. The mirror created a jealousy between Kaylie and Tim's parents, Allen (Rory Cochrane) and Marie (Katee Sackhoff), and we see their relationship/marriage go down quickly following some weird behavior by Allen. After Kaylie sees a woman in her father's office and questions him about it in front of their mother, Marie starts to unwind. After searching Allen's office and looking for evidence of his cheating, she comes face to face with the mirror, his true mistress. And things go from bad to worse as it eventually leads to Tim killing his father and being institutionalized.

The family's tragedy is worse than that depicted in 1979's "The Amityville Horror". It's not lighthearted, it's very serious and demented. Both in the back story and the present time, there's some good quality gore. And it's not overused, and is used very appropriately to the story, which is important to me.

Towards the climax of the film there's a plot twist that is unexpected and has an impact, but it's not profound or long lasting. But, then at the end there's another twist, this one brutal and almost expected. But that one has a lasting impact and is unnerving.

Probably the thing that I like most about "Oculus" is that it really plays around with your head. You don't know what's real and what isn't, just like the characters! Using this tactic, it proves to make the film unpredictable, and that's never a bad thing. The mirror likes to play tricks and make you see and do things, only problem is that you can't tell if it's reality or them being toyed with. So your along for the ride with the characters. There's several parts where I tried to predict what was real and what wasn't, but to no avail. So I'm pretty satisfied with how it turned out. 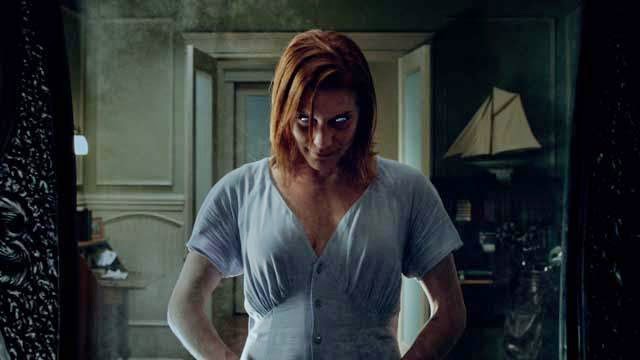 I tend to like mystery in my movies. I'm a firm believer that everything doesn't have to be explained. And while no explanation is given for the mirror or it's reason for being cursed, I found that to be the reason this movie isn't a home run or a slam dunk. Although the film comes full circle in the end, there's something missing that I can't quite put my finger on, like a missing piece to a puzzle. It just felt kind of hollow. I think that some origin story for the mirror could have helped the movie climax in a stronger way. But by leaving the history of the antique mirror unknown, there's a layer of eeriness, and I think that's the reason for leaving out any description.

In the end, "Oculus" reinvents fear towards mirrors like the urban legend of Bloody Mary once did. And, while I didn't find it very scary, it's a very creepy and suspenseful flick that still gets a grasp on you. Regardless of if you like it or not, no one can deny that it's going to live on for a long, long time because it's about a mirror, and we don't have very many horror films focused around mirrors. So, if only for that reason, you'll be hearing this movie brought up for the next 10 to 15 years, I guarantee.