MAN OF STEEL from the perspective of a non-Superman fan 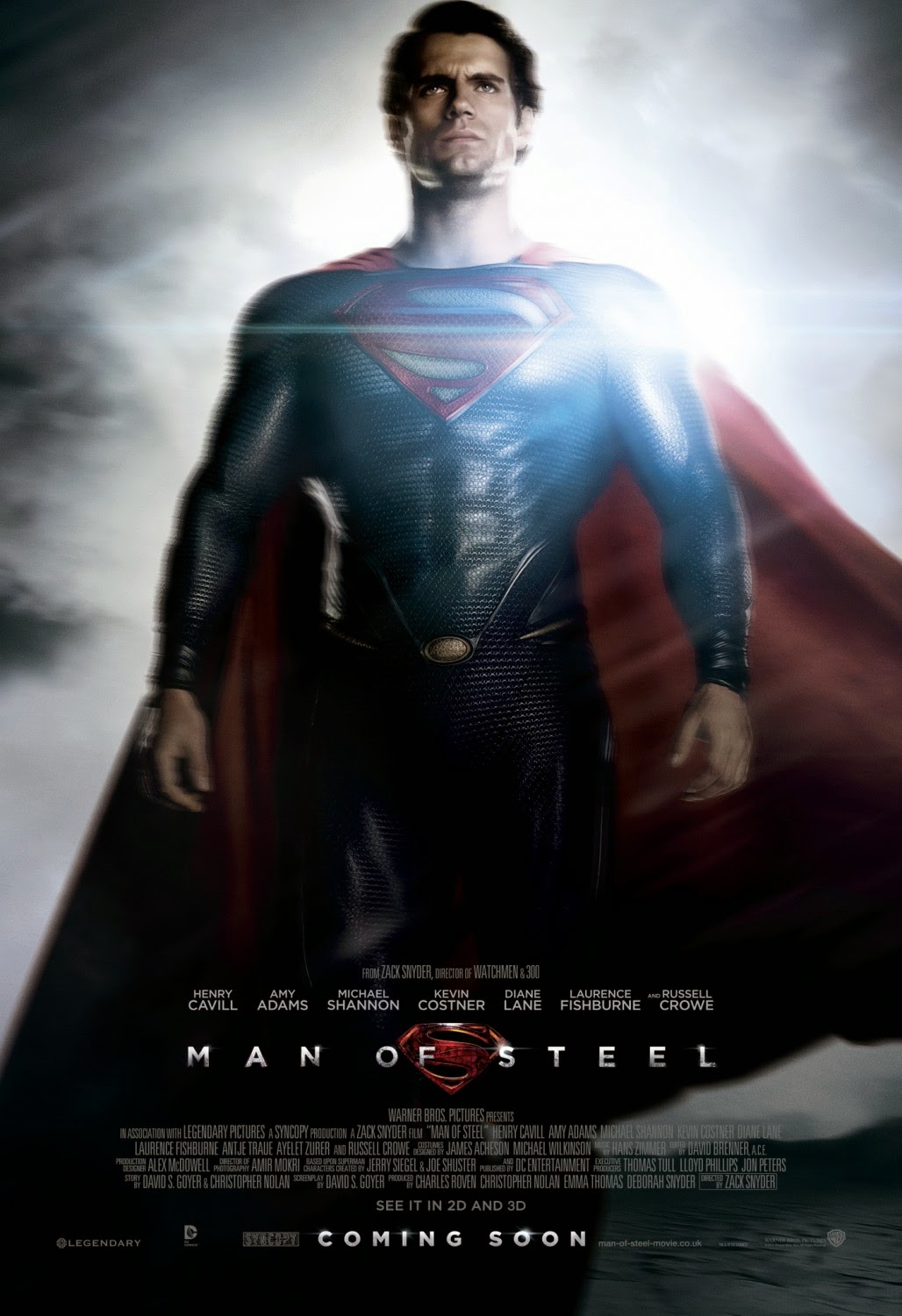 Synopsis taken from IMDb
A young itinerant worker is forced to confront his secret extrastellar origin when Earth is invaded by members of his own race.


Having never been a very big Superman fan growing up, it's easy to say that when I heard there was going to be a new film, that I wasn't impressed. Zack Snyder is a hit-or-miss director as far as I'm concerned. Some of his movies are great like "300", and others tend to disappoint, such as "Sucker Punch". So, I knew that just his name on the project wouldn't pull me in and make me eager to see it.

However, things slowly changed when I found out that Christopher Nolan was involved, and writing the story. I knew then, that there was going to be some merit, so I started to look into it. Then I saw the trailers for the film, and my opinion towards the movie was officially changed.

Now, as far as I can tell, those who dislike this motion picture are all really big Superman fans. I can see that a lot was changed about the character and the story, and apparently that got all the Super-fans' panties all up in a bunch. Truth is, I loved the movie. And if anything, it's made me become somewhat of a fan of Superman. Again, I wasn't a fan growing up, so all the changes made for this film didn't bother me in the least bit.

I enjoyed it from beginning to end. Most of the people I know who've seen it liked it a lot, but they're none fans of Superman. Infact, despite how they aren't fans of the character, they all seemed to say that the film is "amazing". But, those who are fans of the character and read the comics, seem to have a bad taste left in their mouth after watching it. I can understand, but in my personal opinion, it's just logic that they'd update the character and story to make it realistic in today's time. And now more than ever we have the technical ability and technology to go far with this character and do something that couldn't be achieved until now. 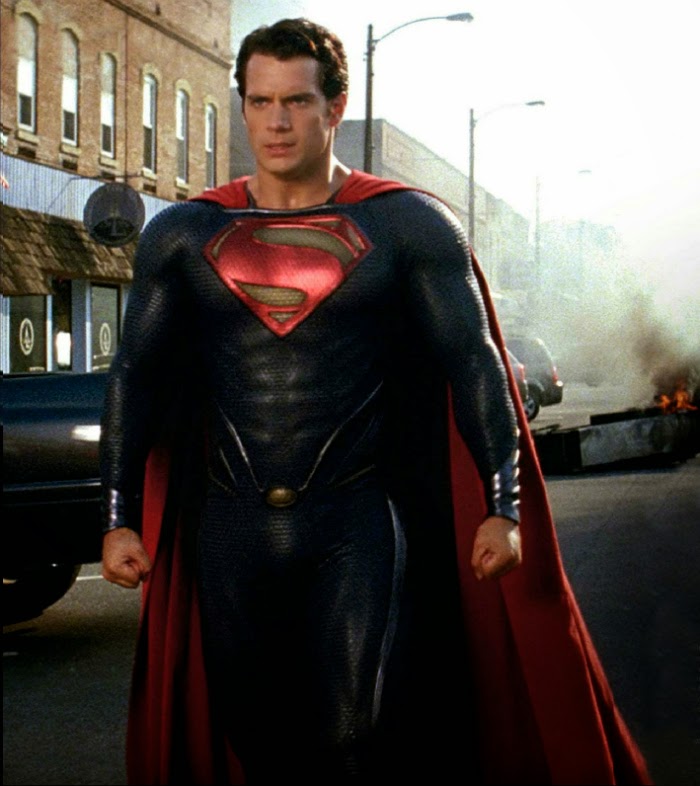 The back story they give Clark (Henry Cavill) both as a young boy and adult is what I think I liked the most about the film. It seems that for once, someone finally thought out the realistic side of things, and asked the question of what if Superman were real? How would things change, and how would he survive? This is a much better approach than having everyone welcome him into open arms with big ol' smiles on their faces. And for once, the fact that he's an alien actually takes a part in the story!

Russell Crowe does a really good job at playing Jor-El, Superman's father. I'm glad to see that his appearance in the film isn't short lived like I had expected. However, doing films like this, it's easy to see that Crowe isn't the actor he once was. But doing "Man of Steel" is the least of his worries, and is the best film that I've seen Crowe in in a while. Besides, Christopher Nolan has the ability to bring an all-star cast to his films, and it's what makes them better. His movies don't win MTV's best kiss awards, they win Oscars and other prestigious awards.

I also really like the flashbacks of Clark with his mother (Diane Lane) and father (Kevin Costner). It goes in-depth on how raising an alien child takes it's toll, and how even Clark can be a total prick when going through puberty (laugh). But I find the parts with his parents to be the heart of the film, and Costner and Lane do amazing jobs at playing the down to earth farmers.

One thing that always bothered me about the character of Superman was that no one ever seemed to care that he was an alien, and that he answered the question of are we alone in the universe. Well, this movie touches up on all these basics that everyone else seemed to disregard in past films. For once there's consequences for Clark to be Superman! 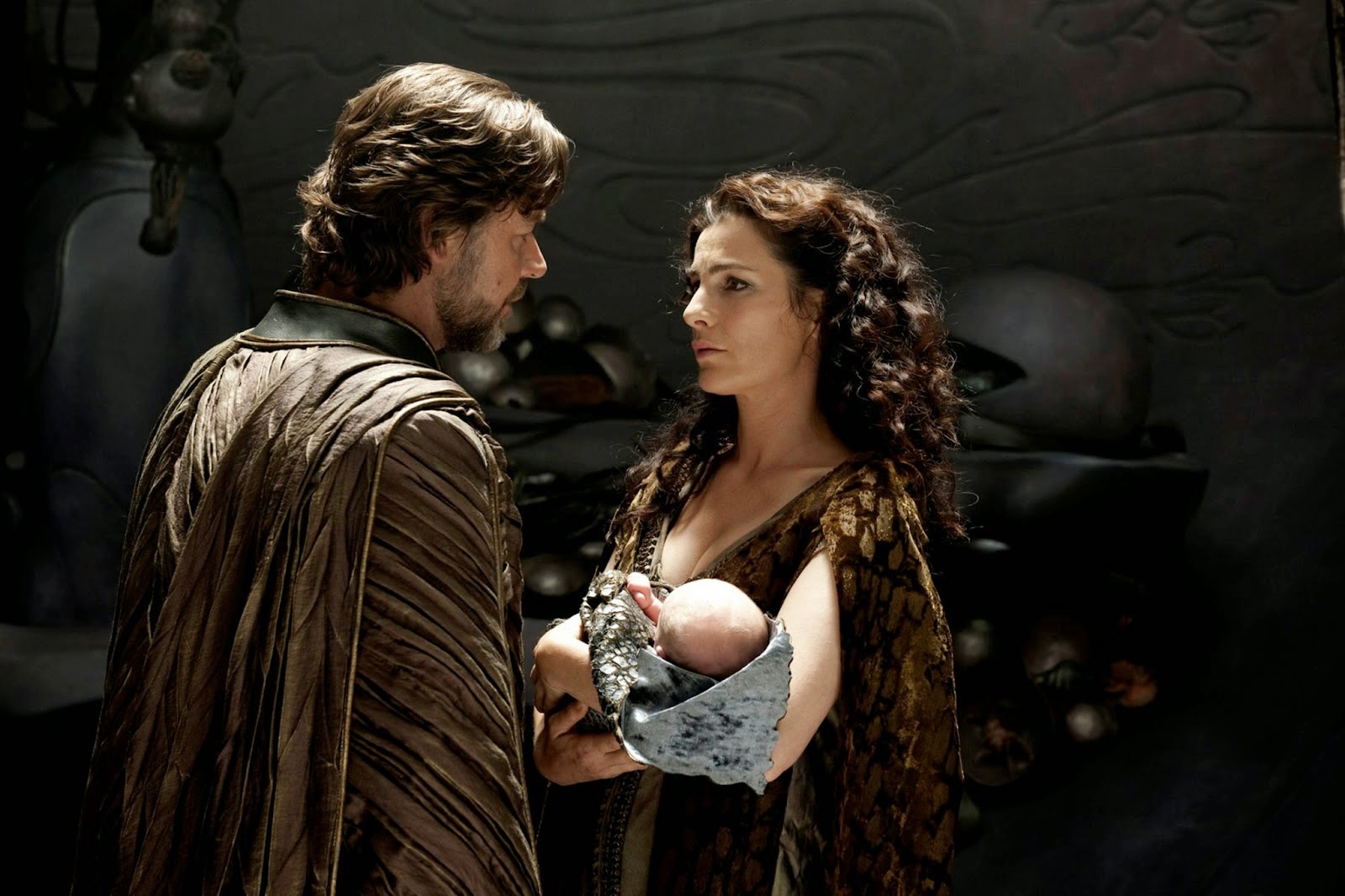 The overall story and the reactions from the people in the story is extremely well done and about as realistic as possible. After watching this flick, it's hard to imagine that if Superman were in fact real, that he'd be any different from this. The character and overall premise is a lot more grounded, yet has a huge scope.

Lois Lane, Clarks love interest, is played perfectly by the lovely Amy Adams. Adams has made quite a name for herself lately that would leave anyone impressed. She's done "American Hustle" and "The Fighter". She's getting to the point now in her career where she's being added to all-star casts for award winning movies. That's never a bad thing. And she does a great job at portraying a new take on Lois Lane, and makes for great on-screen chemistry with Henry Cavill. I like their relationship, and I usually hate the love stories in comic book films. This one however, wasn't overbearing and a total cheesefest.

The lead villain, Genral Zod (Michael Shannon) does a good job at keeping the suspense up and lingering. And he actually has character growth, which is a really nice touch. Because although you still side against him, there's some sympathy there that allows you to not just dismiss him as another super villain, but actually care somewhat for his character.

But I find that "Man of Steel" doesn't really become a comic book movie until Zod shows up towards the middle of the film. Up until that point, it's all very sincere and real. Then the fight scenes and battles remind you that it's a fantasy movie, and not just a movie about an alien learning to live among humans. While I enjoy the action scenes, it seems to take away from the story. But, if it didn't have long and drawn out fight scenes, it wouldn't be a comic book movie. 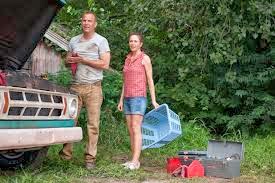 I do enjoy the fights, it just takes you out of how grounded it all was prior and reminds you that this isn't, nor could it ever be realistic. I like how although totally unbelievable, the action scenes are well developed, and are unlike anything you've seen before. Hell, a lot of the fight takes place in the air! It's easy to see  that now they're able to make Superman have fights that are true to who he is and what he can do. Even if an abundance of cgi is needed to pull it off...

Despite what critics and comic fans alike think, I liked the movies ending. I like that he killed Zod. I understand that that's not common behavior for Superman, but if you think about it he didn't have much of a choice. It's not like he kills Zod and it means nothing, he knows it's a big deal and it tears him apart to do it as you see his breakdown after. With everything done up with such realism, and the circumstances in which the film takes place, and taking into consideration that it's a completely modified story to fit in with today's times, and I think the ending was very fitting. It puts the new face on the character that the filmmakers wanted, and that's what's important.

Remember, this is a whole new Superman. This is the film that shows you how Clark becomes the Superman everyone knows him to be. And I'm happy with this origin story. I find it very impressive. If it can make this non-Superman fan into a fan, then they did their job as far as I'm concerned.