PARANORMAL ACTIVITY: THE MARKED ONES misses its mark 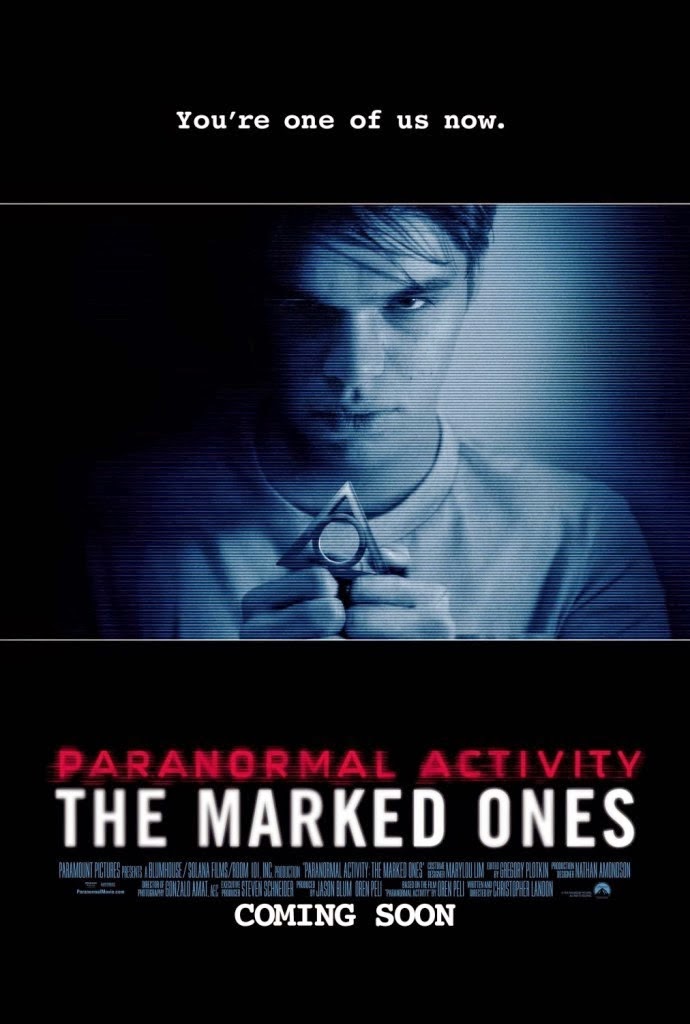 Synopsis taken from IMDb
Jesse begins experiencing a number of disturbing and unexplainable things after the death of his neighbor. As he investigates, it isn't long before Jesse finds he's been marked for possession by a malevolent demonic entity, and it's only a matter of time before he is completely under its control.


Oh boy, where do I begin. This spin-off and fifth installment in the "Paranormal Activity" series is directed by Christopher Landon. Landon only has one other film to his credit directorial wise, and that's "Burning Palms" from back in 2010, which didn't get favorable reviews. This mark in the paranormal franchise is just plain weak. I was really hoping that they'd pick it up a bit after the mess that was "Paranormal Activity 4", but they dropped the ball again, and this time it's even worse.

"The Marked Ones" isn't scary at all. There isn't a single scene where I was the slightest bit scared or even amused. It's not suspenseful, and it relies on quick and cheap jump-scares even more than the previous films. It's the same recycled stuff over and over again. It really makes me wonder if they're honestly even trying anymore. I mean, it's totally amateur looking.

I know that these films aren't made in a lot of time, and I know that they aren't too costly. But, you can really start to see it now. This movie looks like it cost $100 to make. The whole concept is dead, and if they're going to try and keep this thing going, they're gonna have to reinvent the entire concept and get real creative. In my honest opinion, this installment in the series pulled the plug on a series that was surviving off life support. It really begs the question of how are they not straight to video movies by now?

The makeup effects and cgi are honestly laughable. I receive screeners for some independent films with almost no budget that have better makeup effects than the work done in this. Overwhelmingly underwhelming FX to say the least... 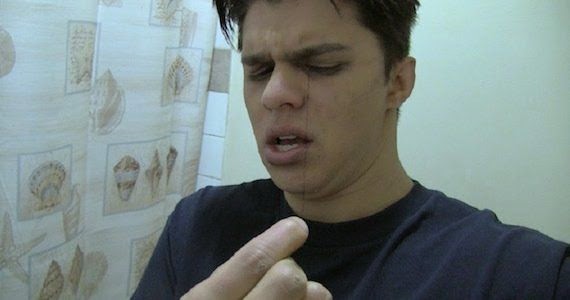 And the characters aren't even likable. The lead characters are total morons and annoying. Stupid characters doing stupid things. What do you do when a demonic entity is catching you when you fall backwards? Apparently, according to the idiots in this movie, you make a great time of it and have jolly good laughs.

When briefly discussing time travel, Hector, the lead character Jesse's best friend, says "I'd time travel to the Bahamas." What the hell? I'm pretty sure genius Hector was thinking of teleporting. This whole ad libbing mess has got to stop if this is what the actors are saying. Again, were they even trying?

The Ouija board is out, and Simon Says is in, didn't you hear? Yeah in this flick the source of contacting the demon is through a Simon Says. Stupidity at its finest. Lame. I'd be ashamed to have my name on this movie.

The ending makes sense, and ties in with the ending of the very first "Paranormal Activity" film. However, it leaves a lot of questions unanswered. So I predict we'll be getting some answers in the next film, but I honestly don't care enough anymore at this point to find out the answers. They say you've jumped the shark once you cross a line, well this film just takes you to the ghetto and possesses one dimensional characters. 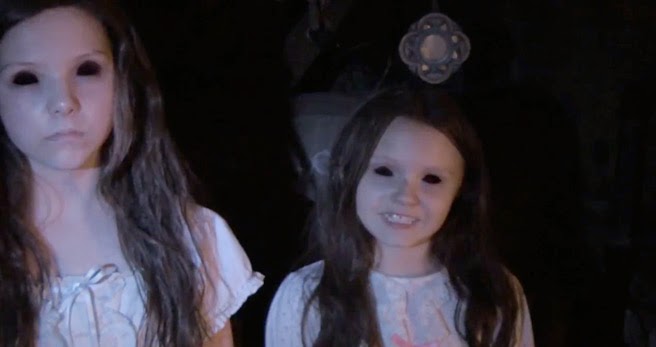 I'm gonna steal a line from Elvira here and say that this flick is "about an hour and a half too long".