SCREAM PARK takes you on your final ride 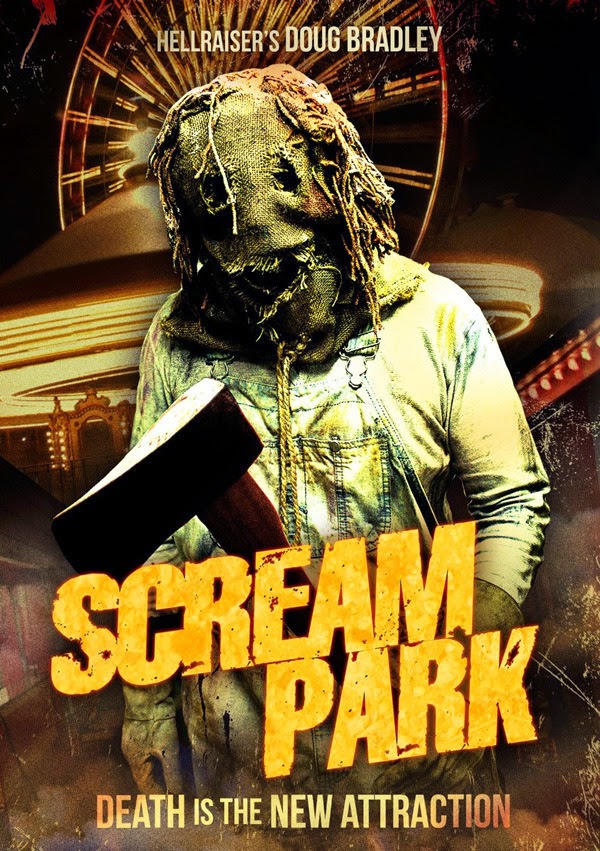 Synopsis taken from IMDb
A failed amusement park owner devises a plan to commit gruesome murders in the park as a publicity stunt to sell tickets.


From the jump, I liked the opening music. It told me all I needed to know about the movie. The music has an eerie undertone to it, and a little dash of camp. This lets the viewer know that they aren't just in for a scary movie, they're in for a fun time being scared.

After watching just the first few minutes, I knew that due to it's "fun" vibe that it could go either way in terms of being a good movie and a bad movie. Gladly I can say that it wasn't the latter. It takes you into the non-glamorous life of working at an amusement park, and lets you see the real side of things- how miserable the young adults who work there are, and what they're lives consist of. To my surprise, there's some genuine dialogue between the characters that feels neither forced, nor acted. It comes off like your really watching the characters hanging out in real life. The characters themselves seem like real, everyday people that you'd bump into down the street. They seem completely real, and aren't exaggerated for the screen.

One of the things that caught my eye instantly is that the amusement park in which the film takes place is called Fright Land. Now, being a boy from Delaware, I can't help but nod because one of the only things there is to do in Delaware is go to Frightland every year around the Halloween season. So the fact that I know of an actual fun park that goes by the same name is cool to me. 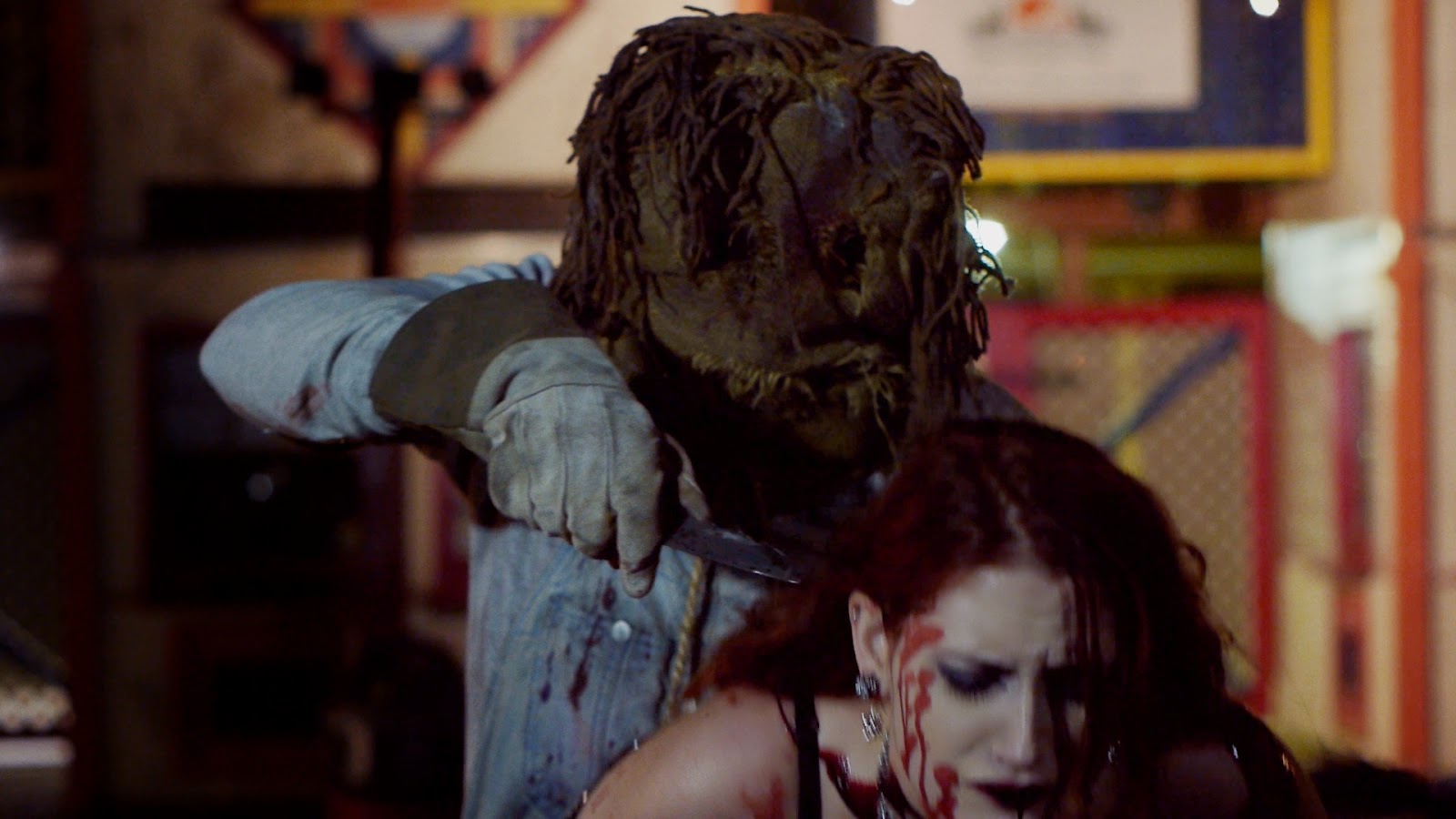 After their shifts, the staff is told that the park will be closing due to lack of sales. After expected moaning and groaning, the cast decides to do a little partying and drinking after hours at their work place. This obviously goes unadvised by the viewer, because by now any horror fan knows that partying in a horror movie results terribly for the ones getting their freak on.

About a half hour into the film nothing happens but character development. So I was really eager to see where this was all leading to. Especially with weird prowlers appearing here and there and going unnoticed by the cast. Wearing strange masks that are reminiscent of "Beetlejuice" and "The Town That Dreaded Sundown", it's all a matter of patience to see how and when the murder spree begins.

Once the hillbilly psychos come out to play, the cast gets picked off one by one in some brutal and mean ways. Not to mention, there's some gnarly gore. Though the kills aren't anything that we haven't seen before, they're done very well. There's even a jump scare that got a reaction out of me, and that I didn't feel was overdone like most movies have the habit of doing.

Doug Bradley, mostly know for his role as Pinhead in the "Hellraiser" series, makes a very brief cameo as the park owner who devises the devious plan leading up to all the chaos that ensues. It's really a shame that this film has to get by using Bradley's name to get noticed. Because honestly, he's hardly in it and the movie is a really good watch on it's own. I wish "Scream Park" could get by on its own reputation. 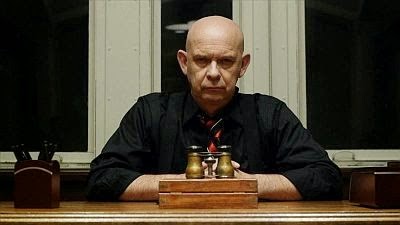 Towards the end of the picture, some of the acting does suffer. And while the overall plot isn't creative or original, it's solid. And, it fits for the kind of movie it is. It's an obvious nod to throwback horror films, and when done right, copycat films can be pretty good. Such is the case with "Scream Park". I appreciate the ending, and love it's campy twist. It's a pretty cut and dry film, very easy to comprehend and overall a good, entertaining watch for fans of the slasher genre.

Don't miss "Scream Park" on VOD and DVD tomorrow! I dare you to take a ride...