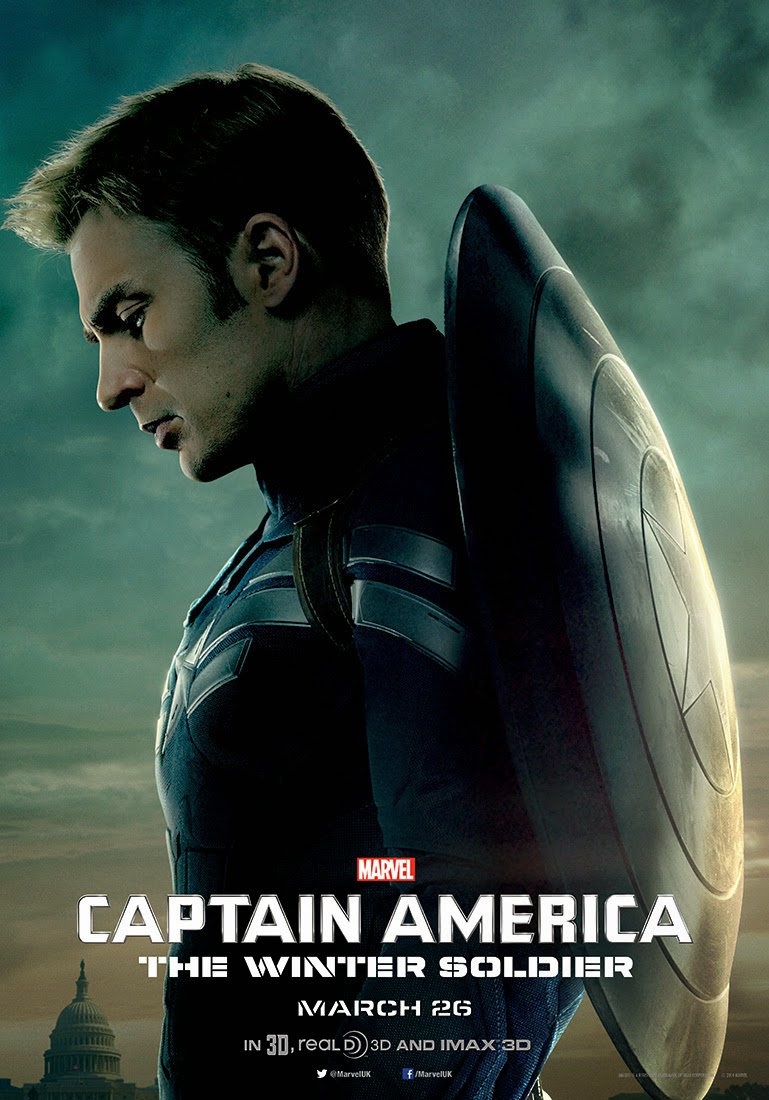 Synopsis taken from IMDb
Steve Rogers struggles to embrace his role in the modern world and battles a new threat from old history: the Soviet agent known as the Winter Soldier.

I've never been a Captain America fan. Something about the character just never drew me in. I'd honestly consider him one of my least favorite heros in comic books, but that doesn't mean a good movie can't be made about him! After being rather critical towards the first film back in 2011, I'm glad to see that they stepped it up a notch for the sequel. Not only did I really enjoy this one, but I actully liked Captain America (Chris Evans) as a character.

The action/fight scenes are borderline incredible. The movements and speed shows you that the prep time for these sequences had to be strenuous, but it paid off in the end. It was great to see ex UFC Welterweight champion, Georges St-Pierre on the big screen as a villain. In real life I would not want to tango with that guy, but if I was Captain America, I probably would try for the hell of it (laugh).

The acting isn't anything memorable, but it's not really a performance based film. Most comic book films aren't. No one's getting nominated by the Academy or Oscars for what they've done in this film, although it is damn entertaining and thrilling. It's good to see that they still have a bold and healthy cast, full of big names. I actually think Chris Evans did a really good job this time around. If I were to give anyone credit for good acting, it'd be him. He really surprised me and brings a new feel to the character that shows how comfortable he's become in the role.

The plot was very deep and symbolic for what's really going on today in the world. It touches up on terrorism, our security, and how our freedom is at stake. It actually goes a lot further into politics than I expected, but it's done in a way that doesn't bore you because they put the icing of cool stunts and funny dialogue on top of it. Sugar coating it, if you will. I've recently been critisizing newer comic movies for being too light hearted and child-based. This flick keeps its appeal to children, but reaches deep into the guts of adults too by making us face a realistic situation that may not be far from what's to come in the future. 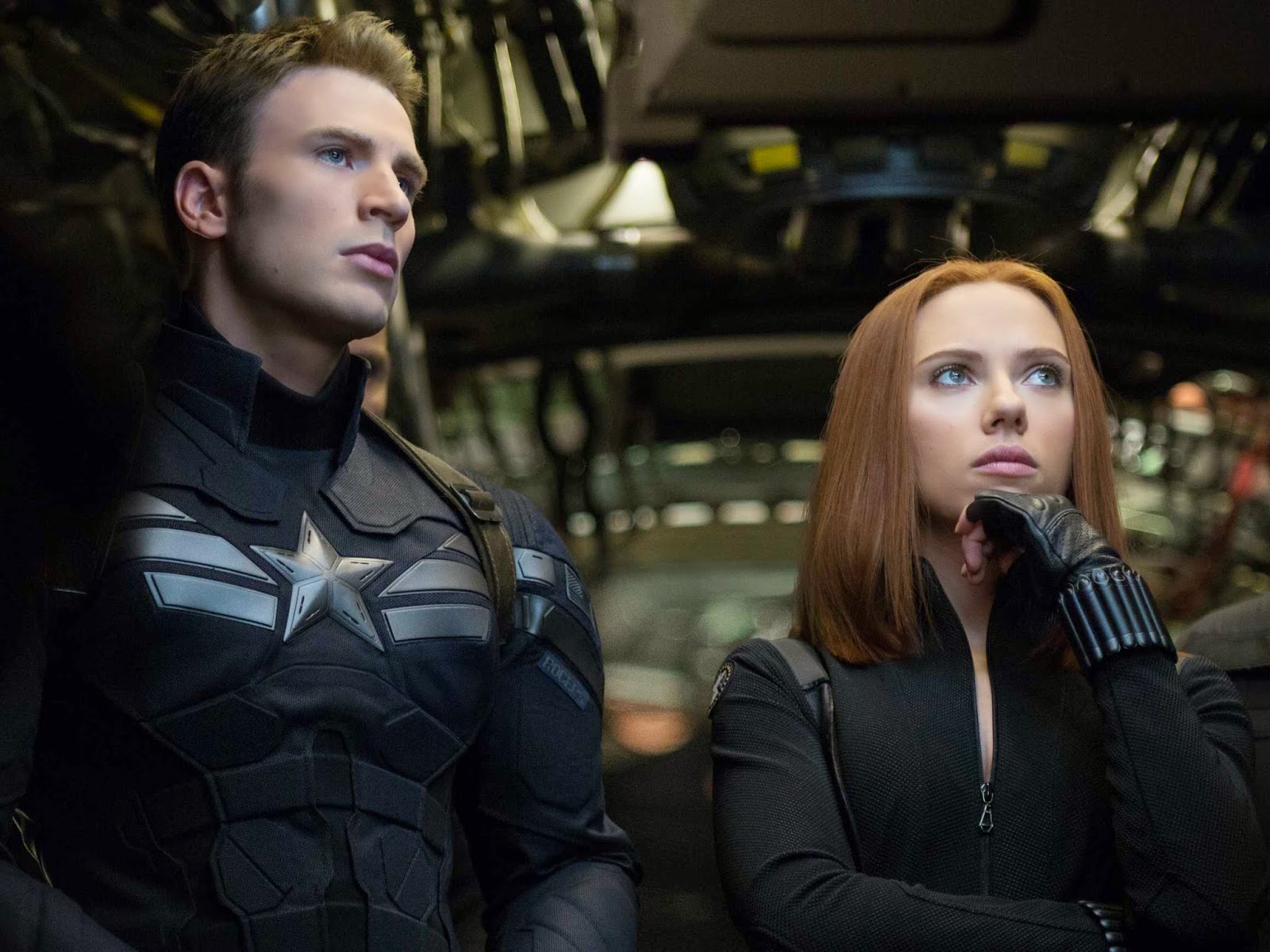 Scarlett Johansson is back as the sexy and devious Black Widow, and  Samuel L. Jackson  still plays Nick Fury. One can only assume that after workinig so much together that they've all become really close off the screen. The fact that none of them have been replaced yet is a blessing, and I hope that it continues until all the innevitable reboots happen. There's also the introduction of a new character into the franchise, Falcon, played by Anthony Mackie. I really liked the addition of him and the character. It gives the story more life and dimension having more colorful characters emerge into the story.

The villian, the Winter Soldier (Sebastian Stan) is what really makes the movie's overall quality step up a notch. He's a force to be reckoned with and proves to be a damn near impossible foe for Captain. Once he gets on screen, something serious always happens. However, I found the twist about his character to be completely predictable and lacked any thought. I've never read the comics, so I'm assuming they're keeping it correct, I just think it could have been done in a less obvious way.

That goes for the entire film and characters too. There's some things that are downright easy to predict and very common. Such things take away from the overall story, because it's hard to get over watching a movie that you've never seen before, yet you've predicted it. And there's a lot of (near) deaths that didn't bother me in the least. I knew that everyone would be safe and that they'd make people appear to die, but we all know by now they never do pass away. And because of that fact, the thrill gets taken from the picture.

When no one ever dies despite how great the danger is, it really does invoke the yawn factor and is very disappointing. But hell, it's still a lot better than I and a lot of other expected. It's one of the best Marvel films easily, but it's not at the top of the pack. 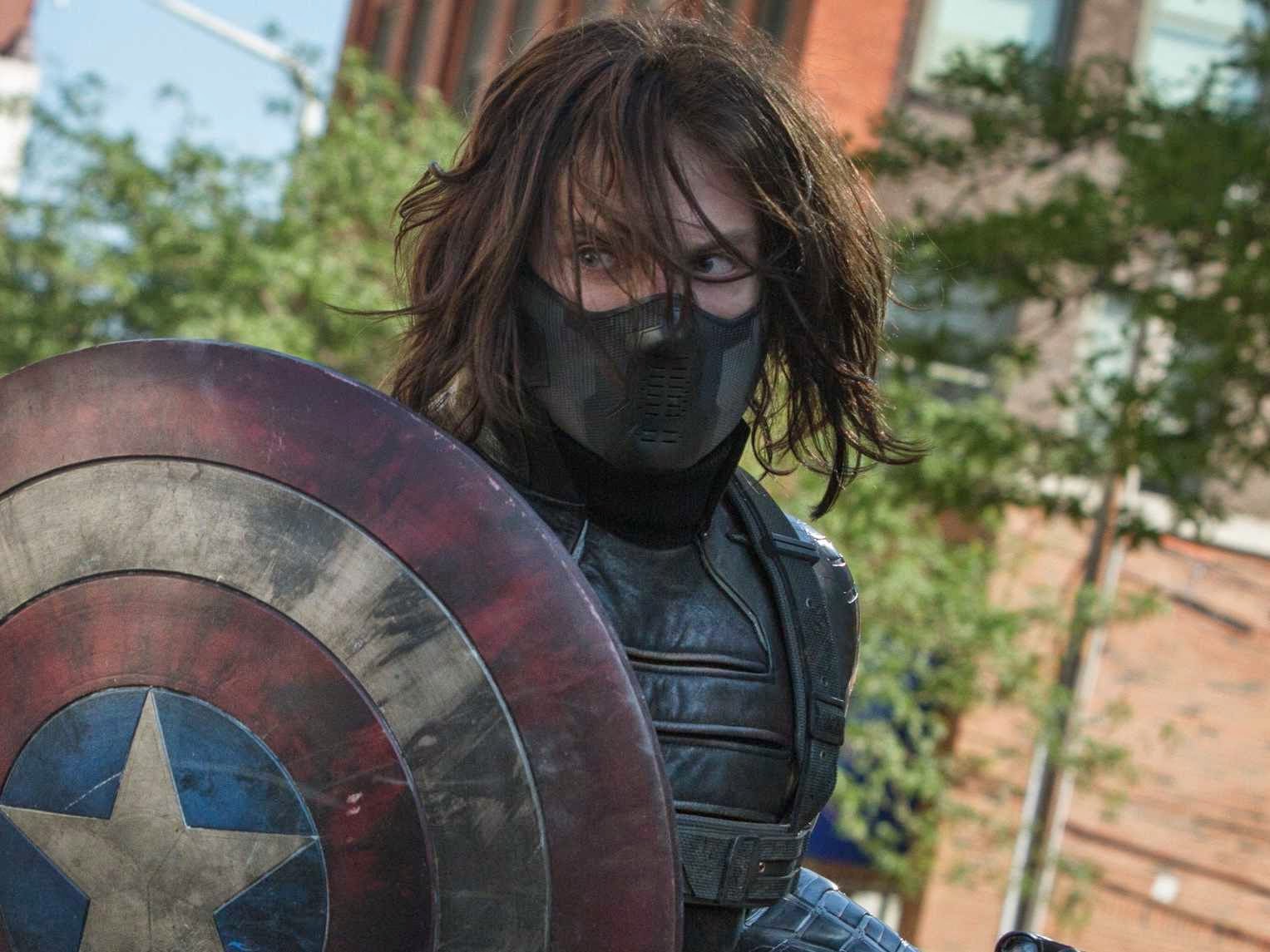 Whatever you do, make sure you sit through the credits!