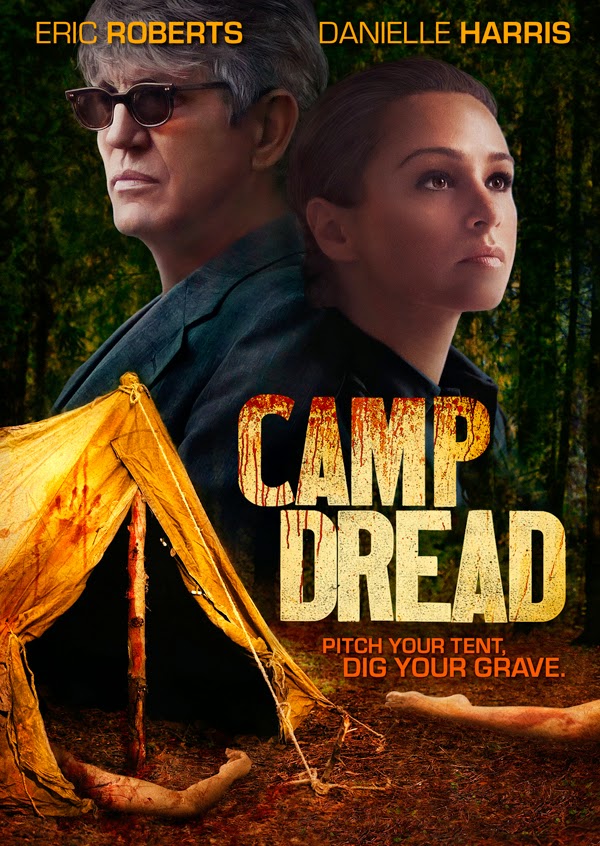 Synopsis taken from IMDb
The "Summer Camp" horror trilogy was one of the most popular franchises of the 1980's. However, the decade ended and so did director/writer Julian Barrett's career. Now Barrett has a plan to resurrect "Summer Camp" in a modern reboot that entails using a reality show as its template and source of fundraising. Should it succeed Barrett would once again be at the helm. Bringing together an eclectic group of young "contestants" as well as his former stars Rachel Steele and John Hill, Barrett seems to have put together a sure fire recipe for success. Then people start dying. For real. And "elimination" takes on a whole new meaning as "Dead.tv" clearly shows the slasher film has grown up.

Starting off with tryouts to be on "Dead.tv", we meet some of the cast immediately, and can see that the so-called "contestants" are troubled, all in their own way. And, there's some definite suspicions about them. However, even though they're rehab bound, they all agree to participate on the reality show in which the winner is promised one million dollars.

We're also introduced to the man behind the madness, Julian Barrett (Eric Roberts), and his associate Sheriff Donlyn (Danielle Harris). Both Roberts and Harris are credited as the main cast, but they're hardly in it. You can tell that this was a plea to get the movie noticed by using their well-known names as the selling point.

It doesn't hurt the movie that they're not in it much, but the film is left on the shoulders of a young and fairly inexperienced cast. And, being quite frank, Roberts stands out compared to everyone else, because he's such a good actor. It's clear that he's leaps and bounds ahead of everyone else. While some acting from the main cast is questionable, it's actually not bad. 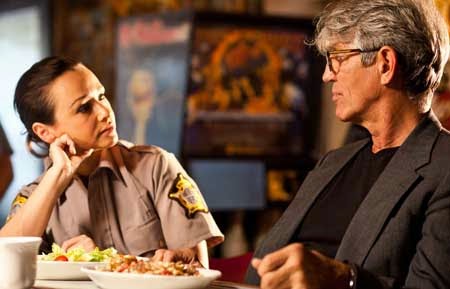 Felissa Rose who's best known as Angela Baker from 1983's "Sleepaway Camp" plays a somewhat vital role in the film. She plays the former star of the "Summer Camp" movies, Rachel Steele, and is helping Julian Barrett with all the preparations for the reality show. It's always a pleasure seeing Felissa on screen, and she has become an even better actress.

Before the show begins filming, the "contestants" are given a rundown in front of one another by Rachel Steele. It becomes apparent to the youths that somehow Rachel and Julian have some personal info about them that they shouldn't. Such as, how one of the teens killed her brother. This shows the "contestants" that this show isn't all it's cracked up to be. And that they need to watch their backs.

From the jump it's easy to spot that this is obviously a low-budget project, and some of the characters are downright unlikable. This of course, leads to letting us know who's safe and who isn't when the inevitable chaos ensues. There's some good deaths, like someone choking on a sandwich. But my favorite death has to be when one of the cast gets beaten to death with his own fake leg, classic stuff. And there's a scene involving a lip ring that I almost had to turn away from.

The storyboards from the "Summer Camp" trilogy are exact with recent deaths that are occurring, and it becomes obvious that someone's up to some foul play, and there's more than meets the eye. About midway through the film, we start to see that some of the "contestants" are straight up unstable and even psychos. This adds to the mystery of who the killer could be, and the film does a good job at making almost everyone feel like a suspect. However, overall the movie isn't very scary or suspenseful.

The gore is good, and in supply. The makeup however, isn't up to par with what you'd expect. But in the end, "Camp Dread" has an almost tragic feel to it, especially the end when the twist is revealed. Not what I was expecting. With the worse leg shaving scene since "Cabin Fever", this film proves to be entertaining and a good watch. If I had to sum it up, I'd say that this flick is "Cabin in the Woods" meets "Sleepaway Camp".