A HAUNTED HOUSE 2 falls short on the laughs 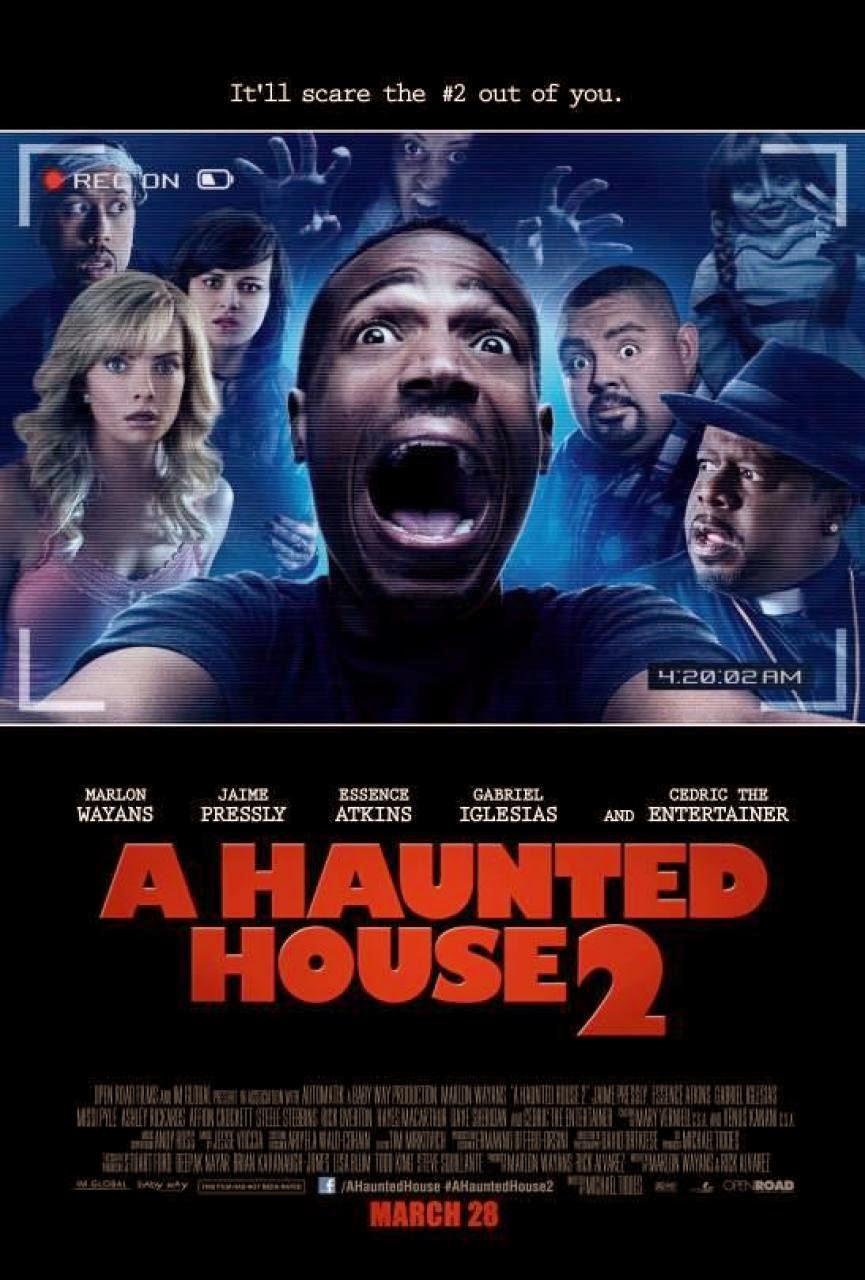 Synopsis taken from IMDb
Having exorcised the demons of his ex, Malcolm is starting fresh with his new girlfriend and her two children. After moving into their dream home, however, Malcolm is once again plagued by bizarre paranormal events.


This second installment in the "A Haunted House" series starts immediately where the first film left off, and packs in the laughs. Within the first five minutes I laughed several times, it opens strong and goofy. I've always been a sucker for stupid humor, and I've liked the Wayans brothers for a long time. Their movies are usually right up my alley.

Once Malcolm (Marlon Wayans) and his new girlfriend move into their home, it's simple things like ad libbed dialogue that gets the giggles out of you. Such things as referring to his new dog as Shiloh the sequel (since his first dog, Shiloh, died in the first film) got laughs from me. It's intentionally dumb, and that stuff usually gets reactions out of me.

Once Malcolm and his girlfriend Meg (Jaime Pressly) discover a weird doll's in their house by the name of Abigail, things get really out of hand, leading to an elaborate but funny sex scene between Malcolm and the doll. Once again, Marlon Wayans pushes the ratings barrier with raunchy and downright explicit humor.

Then if that isn't enough, the doll becomes obsessed with Malcolm, and sends him a friend request on Facebook. Again, the stupid things like this are what I find to be ridiculously funny. There's another scene that takes a page from "The Conjuring" where the infamous wardrobe scene is imitated. This also resulted in my laughter. 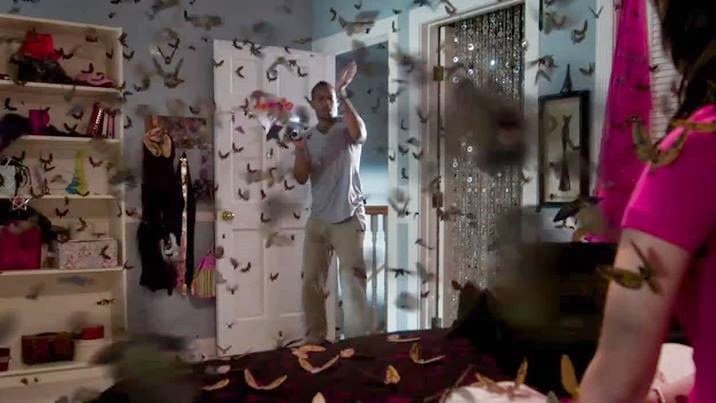 Malcolm's ex, Kisha shows up and disrupts the new life he's build since splitting on her in the beginning of the film. Once Malcolm has to explain his relationship with Kisha to his new girl Meg, we see some more raunchy humor and a hilarious head spin referring to "The Exorcist". And this is where things go from bad to worse for Malcolm, and leads to an exorcism scene.

Basically, although the first and second act are amusing and downright funny at parts, it's really just more of the same. It's just a lot of parodying cliches along with other films such as "The Conjuring", "The Possession", "Sinister", "Paranormal Activity", and the "Evil Dead" reboot. There's also an abundance of racist jokes that are stereotypical, and just aren't that funny. The movie almost becomes a mockery of itself for the third act.

At about 50 minutes into the film, I knew that I liked the previous movie more. Although I was laughing here and there, I wasn't laughing as hard as I had in the first film. And I wasn't enjoying myself as much. I even found myself getting bored and checking my cell phone, increasingly losing interest in the film as it neared its end.

This movie just seems so recklessly put together and sloppy. A lot of scenes drag on far too long and rely on ad libbed babbling to be funny, and it's just senseless and a waste of time. There's usually a lot of deleted and altered scenes in spoof films like this, so I'm sure there's a lot of stuff that didn't make it into the movie. But it makes me wonder if they really couldn't have used some of that footage instead of relying on so much randomness. What a waste. 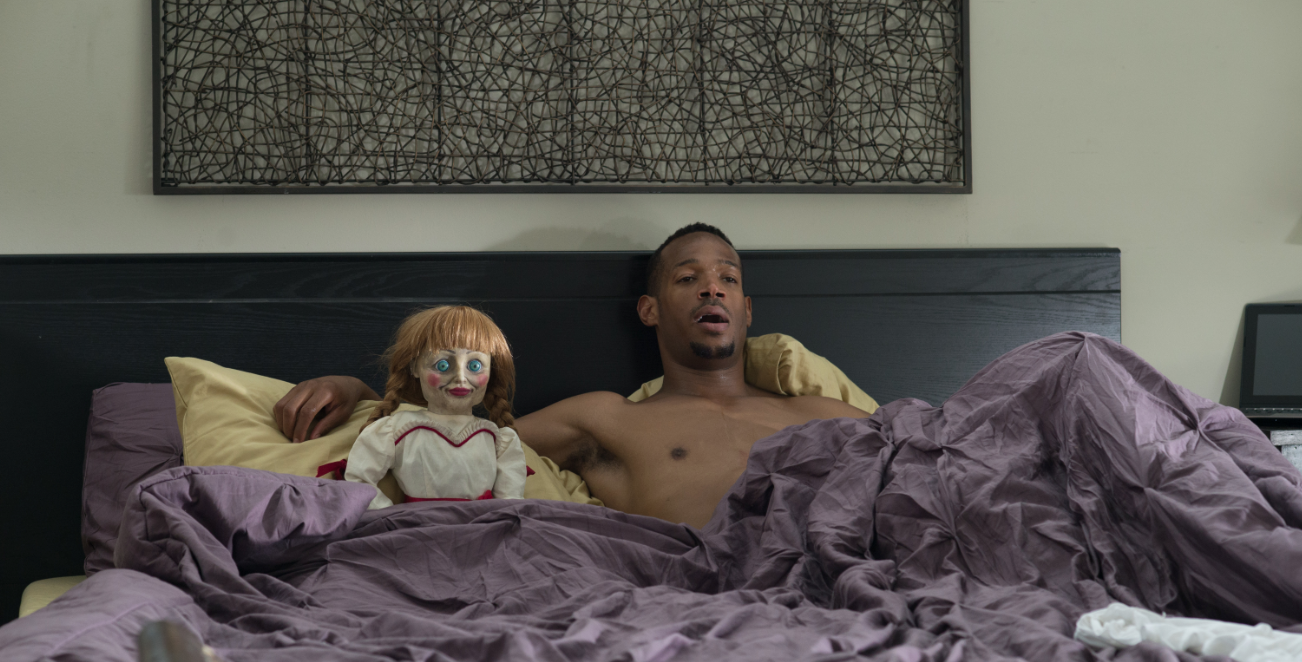 Not even bringing back Cedric the Entertainer and adding Gabriel Iglesias is enough to save this flick, which is a shame. I was one of the few people who backed the previous film up, and argued its humor. But there's nothing to defend on this one. I am completely let down. I can only hope that if there's a third film, that it rebounds with a big win. Otherwise, this series is about as useless as the "Paranormal Activity" films. I've seen a lot worse, but I expected a lot better.