BLOOD GLACIER is the Austrian answer to THE THING 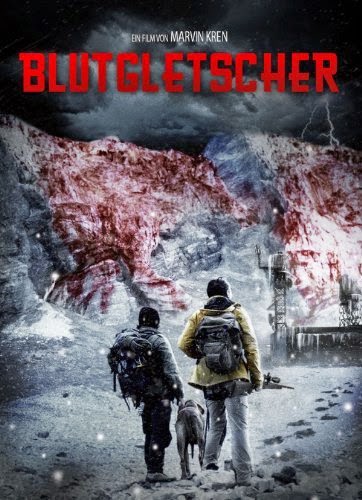 Synopsis taken from IMDb
Scientists working in the Austrian alps discover that a glacier is leaking a liquid that appears to be effecting local wildlife.


From the opening, I could see the global warming messaging in this feature. So my spidey-senses were going off, and I was praying that this wasn't a movie wasted on more political messaging. And I wasn't let down. I was glued to my seat from the opening credits, and I could tell that this was going to be something unique.

The actual blood glacier reminds me of the ending of the 1988 remake of "The Blob", so I like the way it looked, and it had a screen presence that made me feel uneasy. It doesn't take a rocket scientist to understand that this thing is not good news. And there's some really nice creature effects that under the circumstances, have to be heavily influence by "The Thing". The fox-beetle, or whatever you wanna call it is nasty, and is sure to creep out anyone who's afraid of insects. Though there's gross elements throughout, this isn't a gross-out fest, it's a serious horror/sci-fi motion picture.

Some journalists arrive unprepared for the situation ahead of them, and once they're introduced, the acting in the movie really pops. Good story and acting, and it's definitely creative. My favorite scene is probably the autopsy scene, it really showcases the special fx, and gives you an understanding of what's going on. Upon the autopsy, we discover that this creatures' cells make new cells, and it's a single-celled organism. The lead character, Janek's (Gerhard Liebmann) dog gets attacked early on by the organism residing in a semi-lifeless fox. The dog progressively gets sicker as the film rolls.

Courtesy of the autopsy scene, we also learn that these organisms could make werewolves, vampires, and Egyptian myths true. And when wildlife gets infected with these organisms, they become vicious and infectious. Despite how serious the conditions are, the group of scientists and journalists have to try and avoid this incident from leaking out and avoiding mass panic. But the group is tested when they start losing their patience both with one another, and their current predicament. As the movie went on, I remained to be entertained.

However, there is one of the most idiotic deaths I have ever seen featured when one of the characters attempts to get one one of the bug-like organisms off of a female characters face by beating her face in with the rock. I understand that people get confused in quick-panic type of situations, but that was just plain stupid, and the character responsible gets his just desserts.

Probably the most impressive creature-effect is the mutated Ram charging at them. You only see it for seconds at a time, and it's amidst chaos, so you don't really get to focus in on it. I like that a lot because it leaves a lot to your imagination while also putting you on edge and looking for close-ups. While the overall pace slows for a time, it picks back up in the last half hour, delivering the goods, including copious gore. 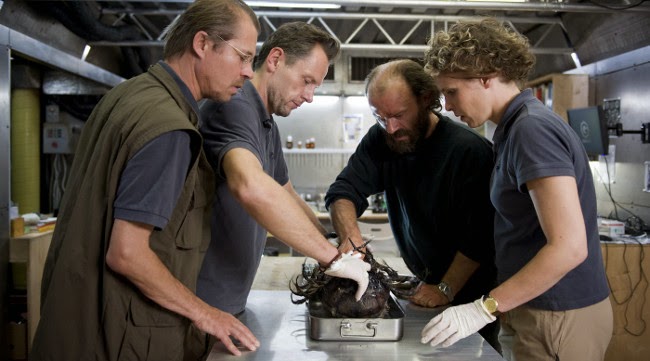 We haven't seen a film like this since "The Thing" remake, unless you count that worthless 2011 prequel. There's an attempt at a love story, but not a lot of character development to back it up. And in the end, you're left with an open ending, that in my opinion isn't eventually going to end well for the characters. The characters were smart and calculating up until the end, but by keeping a certain specimen, they're just asking for future trouble. You don't get a full explanation of what went on, but that doesn't bother me as much as the dull ending. It didn't climax as strong as I'd have liked it to, but it's still good.