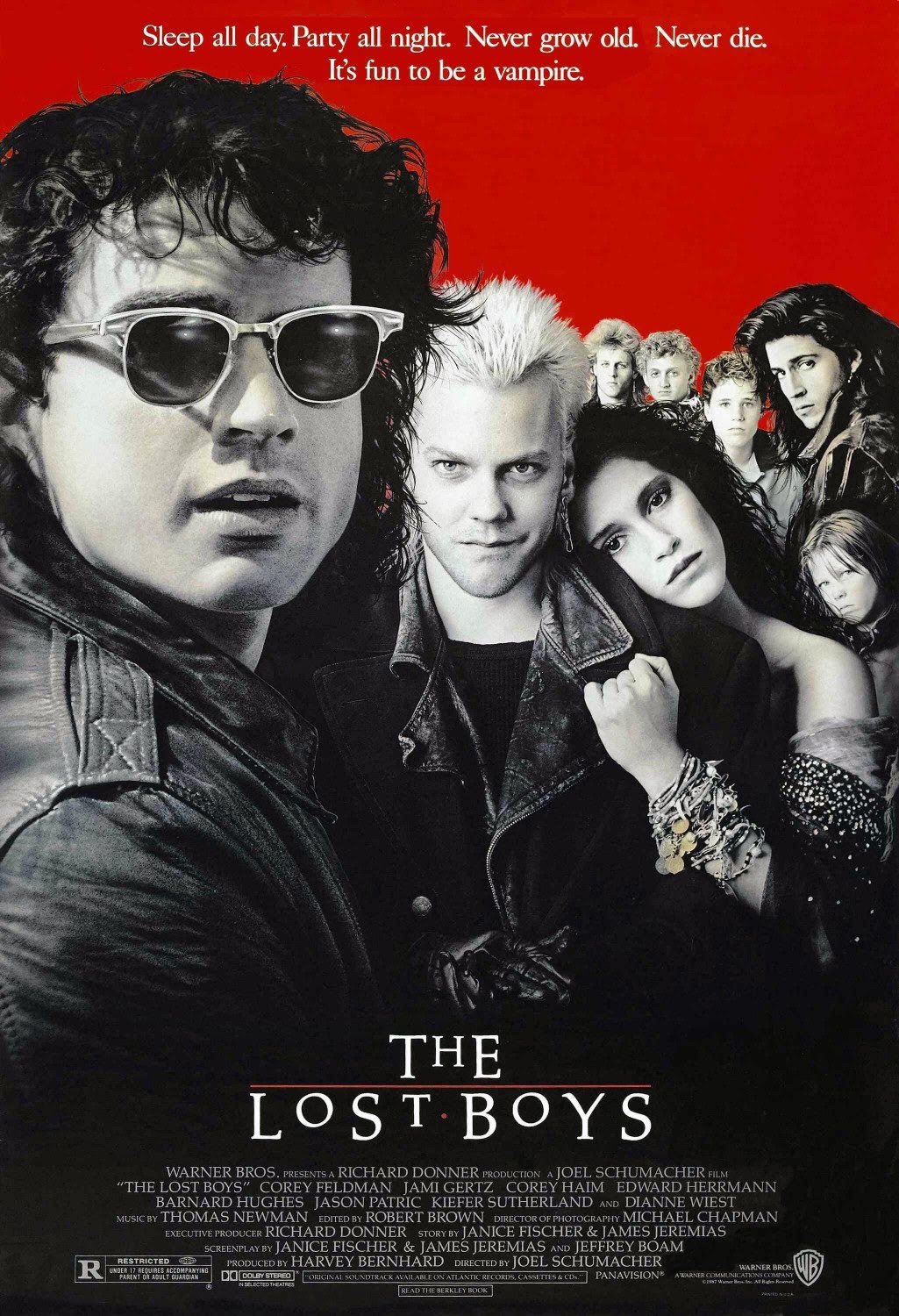 Synopsis taken from IMDb
After moving to a new town, two brothers are convinced that the area is frequented by vampires.


Last week, I told you all that I'd review my favorite vampire film of all-time....tada!

"The Lost Boys" was only one of many classic and memorable horror films to come out in 1987, the birth year of Grimm here. Although it's in the latter part of the 80's, that still didn't stop the 80's from kicking major ass. This was one of the first genre movies that I was exposed to growing up, and because of it's comical humor, it was always being played by my Dad, or my mom, or my sister. As a matter of fact, I still have the VHS from my childhood.


I'm often credited as an 'honest' reviewer, and I'm proud of that. I don't allow my personal preference to alter whether a not a film has flaws, and regardless of my personal opinion, I always call it down the line. However, this is one of the few films that I am truly opinionated about. I take no nonsense when it comes to "The Lost Boys". It's that perfect blend of horror and comedy. And no, the vampires weren't sissies, and they didn't sparkle.


They also had fangs, and looked like demons when they turned. Good old fashioned scary vampires, gotta love it. Not to mention that they're who you'd want to hang with. The Lost Boys are the Fonzie of vampires, they're the cool kids. But what I like most about this classic cult movie, is that although it's more than willing to have a sense of personality and humor, it's not afraid to go dark and scary, all the while being an overall fun experience.

It all starts with brothers Michael (Jason Patrick) and Sam (Corey Haim) moving with their mother, Lucy (Dianne Wiest), to her father's (Barnard Hughes) house. Coming off of a nasty breakup, but not divorce, from Michael and Sam's dad, Lucy moves to Santa Carla; the murder capital of the world, to start over fresh. While this gives her children time to meet their estranged Grandpa, who loves taxidermy and lives in a house reminiscent of the "Texas Chainsaw Massacre", it also gives them time to meet new kids their age. With Sam being the younger brother, his tastes are different from Michael's. He likes being a geek, and reading/collecting comics, where as Michael likes to search for girls, and see where the rush is.


Both of their paths collide as Sam's new friends, Edgar (Corey Feldman) and Allen (Jamison Newlander) Frog, who run the comic shop in town, are borderline psychos who babble about vampires and how they're real. Where as Michael's new friend, Star (Jami Gertz) is actually a vampire-in-training so to speak, and  welcomes him into the crowd of misfits she tags along with, lead by David (Kiefer Sutherland). When Michael unknowingly drinks the blood that turns him into a night stalker, Sam finds himself relying on the advice and help of the Frog brothers to save his older brother before he's too far gone to save.

Once Michael realizes exactly what he's gotten into, he falls on the right side of the line and rebels, allowing his brother and friends to help he and Star, as well as Laddie, a small almost-vampire child added to the clan recently, get away from the craziness and come back to humanity. Only up until this point, the Frog brothers have been nothing but talk, they've never killed any vampire, ever. And when push comes to shove, they have to get themselves in gear for battle. And they're clumsy, but they get the job done. After killing one of the blood suckers, in a sloppy cluster, it becomes apparent that once light falls and night arrives, they'll be hunted out and killed. So, Sam teams up with the Frog's in booby trapping his Grandpa's house for when their unwelcomed guests arrive.


What ends in an uproarious battle back and forth, ultimately leads to Michael killing David. Sam and the Frogs take care of the rest. But the best is yet to come; we're hit with a plot twist of Lucy's new boyfriend Max (Edward Herman) actually being the head vampire. See, up until this point, Sam and the Frogs had already assumed Max as the patriarch of the undead punks, but he passed all their tests proving that he wan't in fact anything but normal. However, we learn that once a vampire is invited into your home that it 'renders you powerless'. Therefore no tests will work, and no weaknesses will be shown.

Throughout the flick you're teased that Max is a vampire through such things as his dog resembling a hound of hell; daytime guarders of vampires. However, by the end we're convinced that he's not a villain due to simply how obvious it would be, but the twist works and is unexpected, especially for first time watchers. Grandpa comes to save the day using one of his wooden fence posts as a stake, killing Max. Max takes his bloodline to the grave, so everyone who was apart of his family of vampires is changed back into human through his demise. It ends upbeat and goofy, and it concludes well. 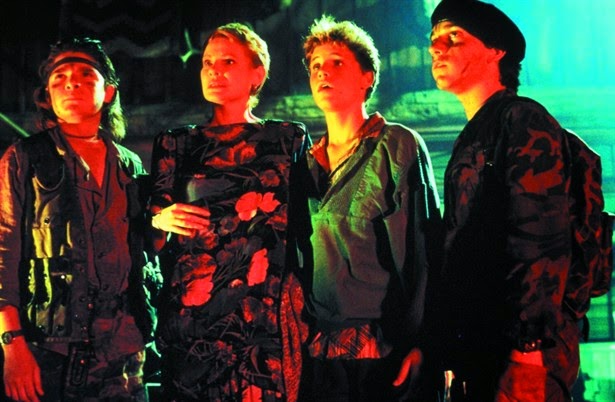 BEST SCENE: There's a lot of memorable moments, I could make a laundry list. But if I had to narrow it down to just one, I'd have to say it's when David and The Lost Boys show Michael what he is, and how to feed. It shows the grisly nature of the beasts beneath the cool clothes and fancy haircuts, and it shows you that despite being funny, it's a nasty and serious situation. 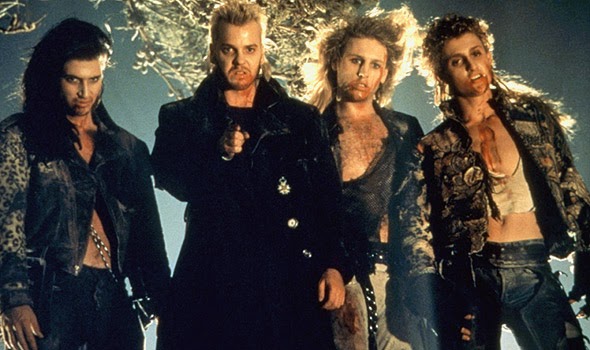 BEST QUOTE: Again, a lot of memorable things I could list, but I'm gonna go with Sam's infamous talk with Michael; "my own brother, a goddamn, sh*t-sucking vampire. You wait 'til mom finds out!"