MALIGNANT takes control of you 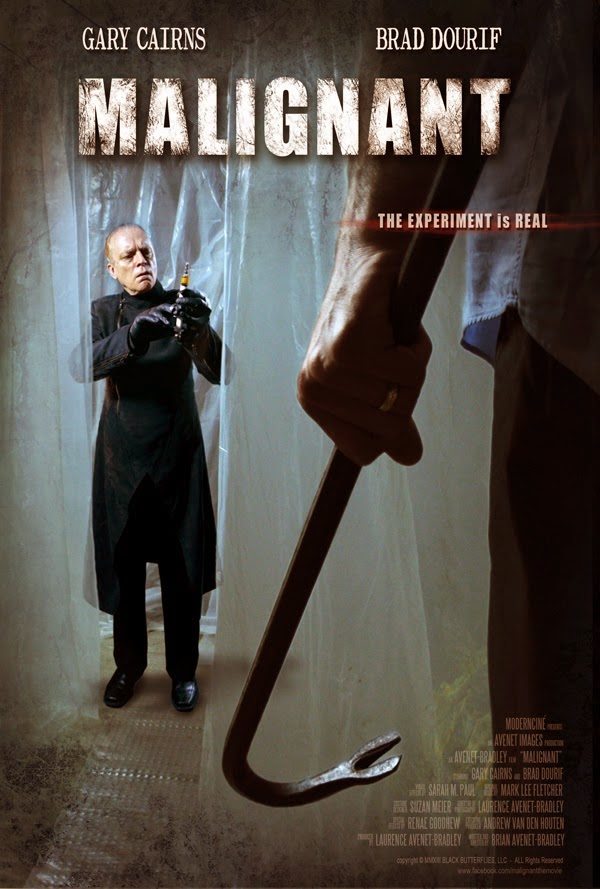 Synopsis taken from IMDb
After the death of his wife, a grieving man becomes the victim of a horrific experiment to cure his addiction.


After Allex (Gary Cairns)  loses his wife tragically, he turns to the bottle and makes a bad habit of it. Being an alcoholic is affecting every aspect of his life, including getting him on his boss' bad side. It seems like a lot of people around Allex have noticed his addiction, yet no one has stepped in to help. That is until The Man (Brad Dourif), tries to help Allex in unconventional ways, that only makes things worse for wear.


After being approached by The Man, Allex wakes up to a nasty gash on his left pectoral muscle that's both sore, and already stitched up. The Man tells him that it's treatment, and that he better not drink again. Defying what he's told by the mysterious man, Allex drinks, and wakes up to a video on his computer of himself murdering someone. The Man calls him, and warns him that if he drinks again, someone else will be killed. At first he doesn't know if it's real or not, and relies on the opinion of his friend's opinion who tells him that it's fake.

So, Allex drinks some more, and wakes up to another video. This time it's a woman he's killed, and the bloody crowbar used in the video is in his tub, covered in blood. Though he doesn't know how he's killing these people, he knows he doesn't want to do it again, so he pours out all of his liquor. By this point, it's been established that somehow he's being controlled and watched. And after being fired for not coming into work, his next victim is his boss. While he still has no memory, or answers as to why he committed the murder, he runs away and camps out in the desert, and even there, he still kills someone.

While I don't have any major complaints about the movie, I'd be lying if I said that Gary Cairns performance isn't lackluster at parts. I feel there was room for more vast emotional acting, that if strong enough could have really pulled you into some scenes that are a letdown as is. Shortly after his victim in the desert, Allex cuts open his pectoral muscle and removes a disc, the little piece of high-tech machinery that was allowing him to be controlled to kill people by The Man.

We come to find out that he's The Man's second experiment attempt at this, and is given a lobotomy through his eye socket, after a bit of shock treatment. There's some good makeup effects to be shown, especially towards the end. We also get some understanding of The Man, and learn of his backstory, which is tragic. There's a sudden turn of events as Allex gets the upper hand on The Man, and there's a plot twist of deception involving where The Man gets his high-grade technology apparel. 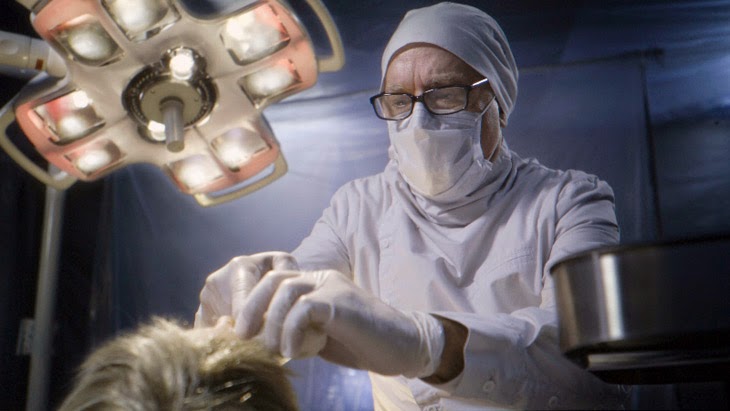 In the end, "Malignant" fails to be scary or very suspenseful, but it still pulls you in, if only to find out answers as to what's going on with Allex being controlled and killing people. Definitely a unique piece of cinema, but it doesn't stand out. If Dourif's name wasn't attached, I think this one might have slipped by people's radar. But I did like it, I just wasn't blown away.