THE SACRAMENT is a gut-wrenching horror experience 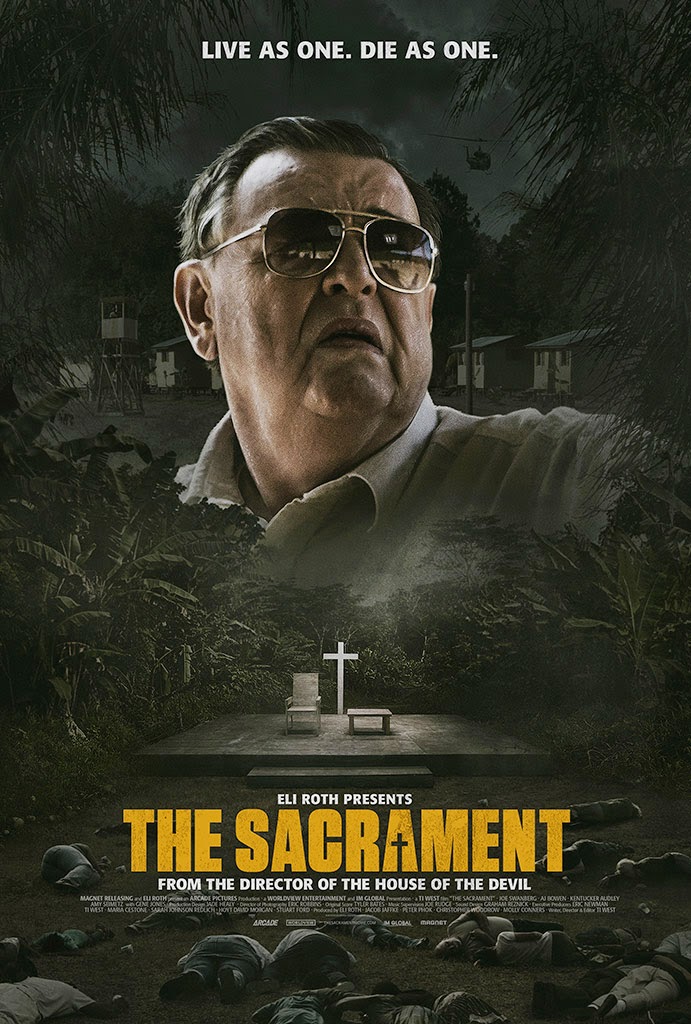 Synopsis taken from IMDb
Two journalists set out to document their friends search to find his missing sister.


I've waited a long time to see this flick, having been a fan of  Ti West since I caught "The Roost" (2005) on Showtime while just browsing through channels. Since I don't tend to pry into/nor care about the private lives of celebrities or directors, it was a surprise to find out that West is from Wilmington, Delaware, the same place ol' Grimm here resides. It's cool to know there's someone from Delaware keeping it real for horror fans out there.

"The Sacrament", Ti's sixth feature-length film shows him giving the found footage sub-genre a try. We've seen West capture paranormal content before in his films, but this is a more grounded approach, and much scarier, in it's own way. From the jump, it opens with a strong sense of realism, and some good music. The score is notably well done, and just sets you up for what you're about to experience. It's unsettling, and alerts you that something serious is going to happen. Even though nothing happens right away, you know it's coming, and there's even a slight sense of dread.

I knew that there were some similarities to the real-life Jonestown Massacre even before viewing this film, due to my already existing knowledge of that event, and having heard the synopsis for "The Sacrament", back early last year. What I didn't expect was how far this movie was going to go, and I don't think most people do. This is not your conventional horror viewing experience by a long shot, and it's as horrifying as it is sad and tragic.

Sam (AJ Bowen), Patrick (Kentucker Audley), and Jake (Joe Swanberg) are cutting edge journalists and camera men. They take a trip to visit Eden Parish, the commune Patrick's sister, Caroline (Amy Seimetz) left drug rehabilitation to stay at, only to be greeted with trouble instantly. Upon finding out Patrick brought his friends (Sam and Jake) to join him on the trip, the transport men don't seem too keen on the idea. And things go from weird to worse once making it to the commune. At first glance all seems fine and dandy, but to outsiders, it's easy to see how delusional this whole situation is. 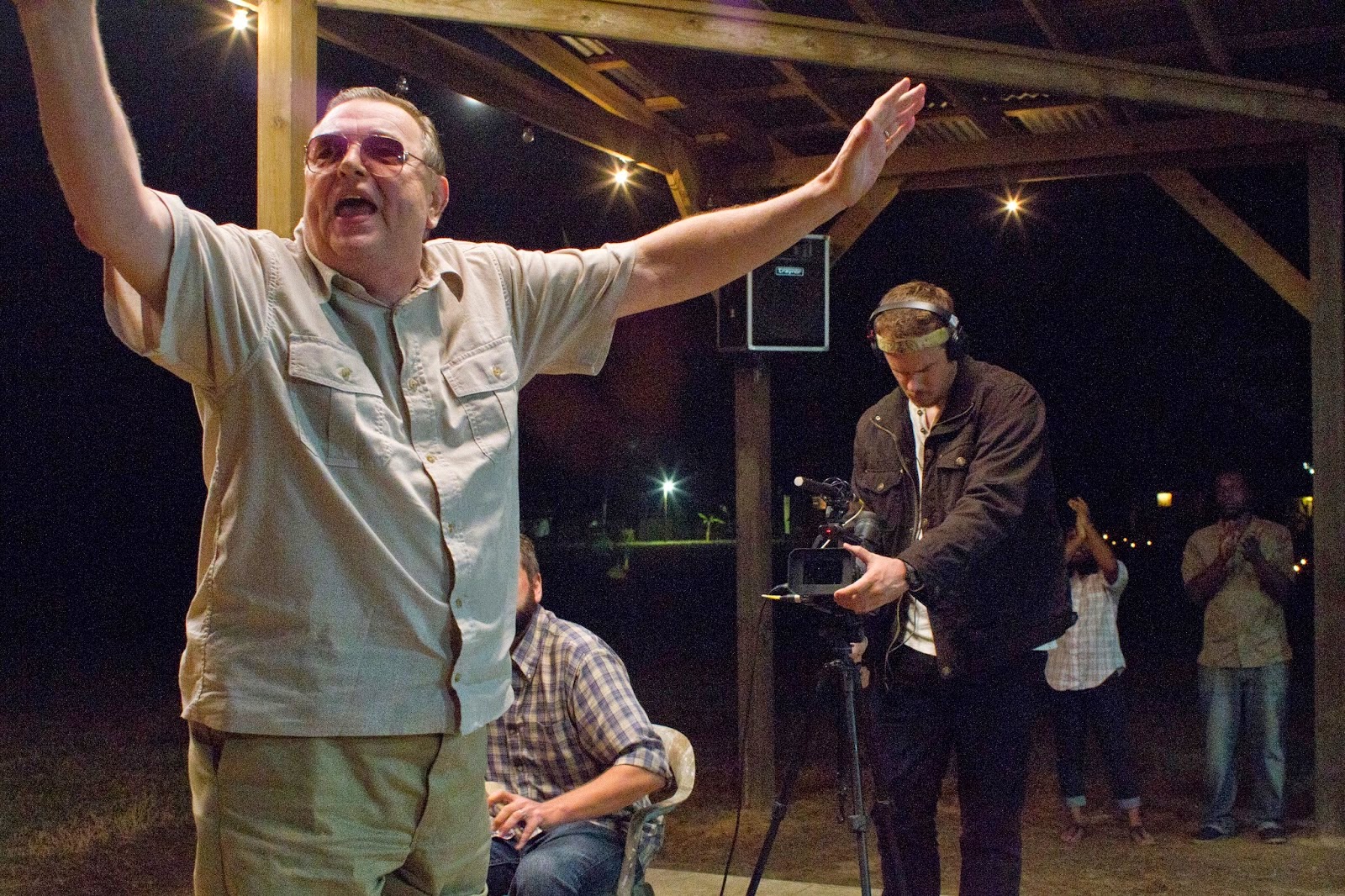 Although most of the community are resistant to talk to the journalists, some aren't, and I really liked that you get some screen time with some members, and see how they think and act. I also appreciate that it feels like you're watching behind the scenes of a documentary. After hearing that everyone obeys a man they call Father (Gene Jones), Sam goes for the throat and intends to ream Father in an interview. However, no matter how hard the questions, Father has stronger answers. He has a way about him with charisma and words that pulls you in, and  clouds even the clearest judgement against him. Sam even says that he had trouble concentrating when doing the interview, and didn't get to ask nearly as many questions as he hoped.

With an entire commune backing him, it's easy to see how and why these people live this way, even if you see and understand why and how it's completely wrong. It's very clever storytelling to show you the other side of things, the side that makes it clear to you why these people stay in Eden Parish. If not for this key element in storytelling, the film wouldn't have been as good as it is. If the story just focused on the negative things, and how Father and the commune is bad, it would have been cliche and another recycled found footage wannabe success story. Luckily, that is not the case with "The Sacrament".

Things get very complicated when Sam, Patrick, and Jake start having people beg them for transportation away from the commune. And it becomes clear, that not everyone is as happy with their life in Eden Parish as it looks. The third act of the film is total chaos, and downright heinous. As I said earlier, I was surprised by how far things go, and how it all plays out. Especially the scenes involving children. And while I give West credit for making another solid horror film without having it drenched in gore, the body count is outstanding. It's almost hard to believe the lack of blood shown for so many people dead, and it's all done very tastefully and used as needed.

There's hardly any cliches, in fact the only one that I can honestly remember is the fact that there's no cell signal for Sam, Patrick, and Jake. And under the circumstances it's understandable as to why they have no signal. And the acting is surprisingly good. AJ Bown and Joe Swanberg have been in a lot of horror films in the past couple of years, and never have I seen either of them act so real and genuine. This is their best performances yet, but the movie is crowned by Gene Jones's portrayal of Father. Father is as maniacal as he is sweet and charming, and his sincerity in the role makes the overall experience of watching both compelling and stunning.

This is the found footage sub-genre at its very best. Everything about it is memorable. Trust me, you can't unsee it once you've viewed it. It's the most horrific thing I've seen in recent memory. It's not the type of scary that makes you sleep with the lights on, it's the type to make you cringe and even feel sick. "The Sacrament" is a powerhouse and a modern horror classic, that shows everyone why Ti West is the best director in horror today. All of West's films are close for me, and I won't know until a few more viewings, but it's safe to say that this is quite possibly his best feature yet. It's definitely the best acted, and well worth the wait. 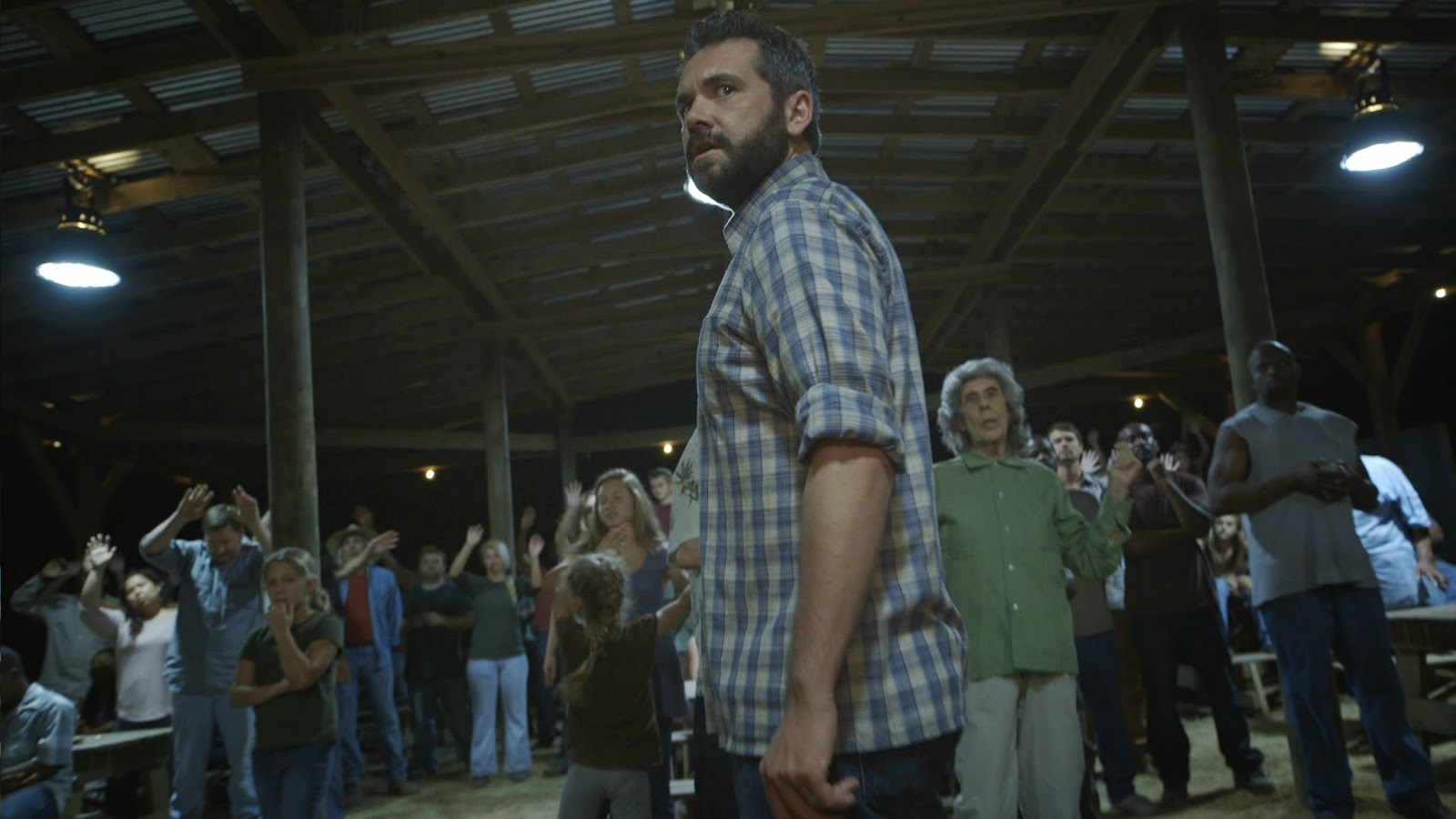 You can catch "The Sacrament" on VOD now or in theaters June 6th. But whatever you do, don't drink the juice...