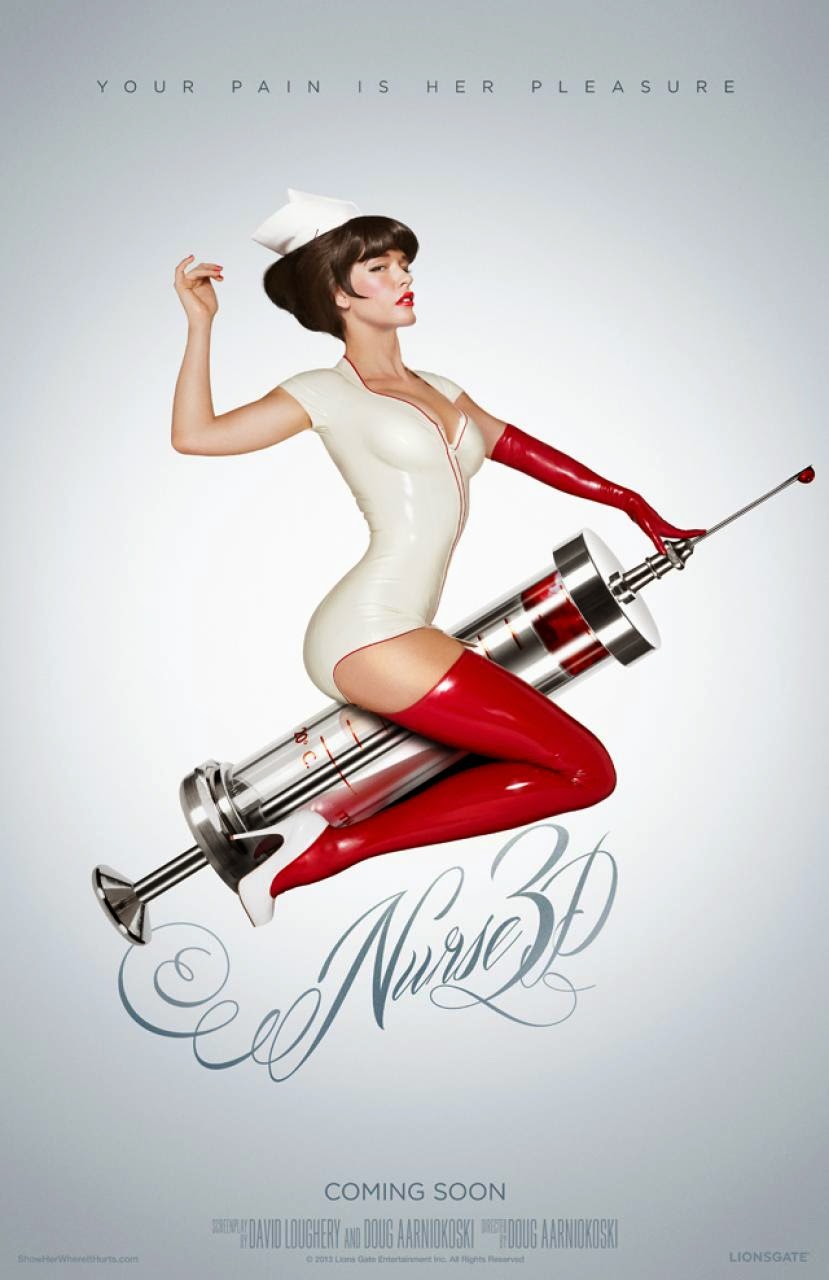 Synopsis taken from IMDb
Day by day Abby Russell is a dedicated nurse, someone you wouldn't hesitate to trust your life with. But by night, her real work begins...using her smoldering sexuality she lures cheating men to their brutal deaths and exposes them for who they really are. When a younger nurse starts to suspect Abby's actions and compromises her master plan, Abby must find a way to outsmart her long enough to bring the cheater you'd least expect to justice.


The opening minutes of this feature tells you all you need to know and sets the mood. It's provocative, and very feminist, a flick about a woman who kills men in savage ways to punish them for their infidelity. Now, I typically don't go for movies like this unless there's some revenge at the end on behalf of those who meet their demise. However, I was told by several friends who've seen this that it's worth the watch, so I sat it out. It was also brought to my attention that there's a sequel in the works, so I figure now would be as good a time as any to give this one a viewing.

I didn't actually watch this in 3D, but it goes over just fine in basic 2D. I can see the appeal of three dimensional films, but they're totally overrated. There's some pretty grueling kills that are both bloody and creative. An armory of hospital equipment is at the disposal of Abby (Paz de la Huerta), and she uses things like needles and saws to bring men to justice. Some of these murders would go over quite well in 3D, and you can tell a lot of them were designed to jump off the screen at you. But what I was really impressed with was the amount of blood used, especially at the end.

A quote Abby says towards the beginning of the film that got a laugh out of me is: "This job is more than sticking thermometers in butts and looking pretty". Such things make the viewer realize that this is supposed to be a fun experience, and not a very serious one. It's important to note such things because when you read most reviews about this movie, you'll read that it's not very well liked and you can see that those judging it tried to take it seriously, but I didn't. Being a film laced with dark humor doesn't make it a better film, it just goes over better when watching. Believe me, if I judged this movie as a whole and didn't take into account that it's humor is intentional, I'd hate it.

Niecy Nash is in this playing the role as nurse Regina. Most of you know Nash from her role on Comedy Central's "Reno 911". Nash is funny as usual, and adds a nice comedic touch to the film. And Judd Nelson plays the head doctor, Dr. Morris. He's a well-endowed man who sleeps with nurses as blackmail. Upon seeing him and finding this out, it was obvious to assume that he'd meet his end.

There's a lot of nudity. Gratuitous nudity, that is unnecessary. By all means, I'm a heterosexual man who's engaged to be married and loves women. But even I've gotta say that the nakedness throughout this film is a bit absurd. There's not as much sex as there is bare skin showed, but there's sex too. Abby has a thing for ladies, so we get to see some lesbian scenes that are openly a selling factor. It's almost like the filmmakers said 'well, if we're making a lame horror movie, the least we can do is give everyone a ton of nakedness and sex so they'll still have a reason to watch'.

Love making and nudity in movies are the same as gore to me, it's hardly ever needed, but it works when it's used appropriately. But, seeing as I watch "Boardwalk Empire", I knew that Paz de la Huerta isn't afraid of showing it all. I think I've seen her more naked than with clothes on. That's an exaggeration, but you get what I'm saying...

This movie isn't all boobs, blood and guts though. We actually get a little history lesson on Abby's past and learn that she's not who she says she is. In fact, she had a troublesome family and past, in which we get flashbacks towards the latter end of the picture. To prove her insanity, the viewer sees that despite how wrong her doings are, she really believes that she's doing the right thing. And she's as obsessive as she is nutty. This reminds me of "Single White Female" a lot because of the way she develops a fixation for younger nurse, Danni (Katrina Bowden) and ambushes everything good in her life while trying to play the best friend role.

Things change when Danni starts to catch on to Abby's wrongdoings and looks into her past, revealing the shocking truth. But Danni doesn't do this for no good reason, she does it after realizing what a weirdo Abby is, and how Abby has been sending her pictures anonymously online that are inappropriate, trying to break Danni and her boyfriend up. Once Danni goes to the cops, Abby easily manipulates the cops and Danni like she does everyone else and frames Danni for all the murder occurrences. Only problem is that Danni won't go down without a fight. There's a good amount of suspense, but it's not very scary. It's a fun movie, but it's definitely more thriller than anything.

The finale goes down in the hospital in which both Danni and Abby work, which I didn't expect. And it gets extremely messy with blood. Crimson flows everywhere. There's a scissor kill by Abby that is by far my favorite in the whole movie. It's painful to watch,even though it's quick. Some unexpected people die in the third act, and Abby cements herself as the woman you love to hate.

It all ties up in an upbeat way that leaves you with some dark humor and plenty of room for a sequel. And in this movie, there's undoubtedly the sexiest torture scene you'll ever see.

So, the question is how do I rate this one? Seeing as I know what kind of movie it is, I'm not going to judge it based on nonsense things, like the fact that it isn't a serious movie. However, even taking it as it is, it's still not a very good movie aside from it being fun. Yeah, there's some laughs and some gross kills and gore that will surely get a reaction out of you, but that's about all there is to it. It's only entertaining for the duration it's on, and then it's forgotten. So, for the simple fact that I could sit through this once and enjoy it, I'm not going to mash it to pieces.