BLUE RUIN is as violent as it is tragic 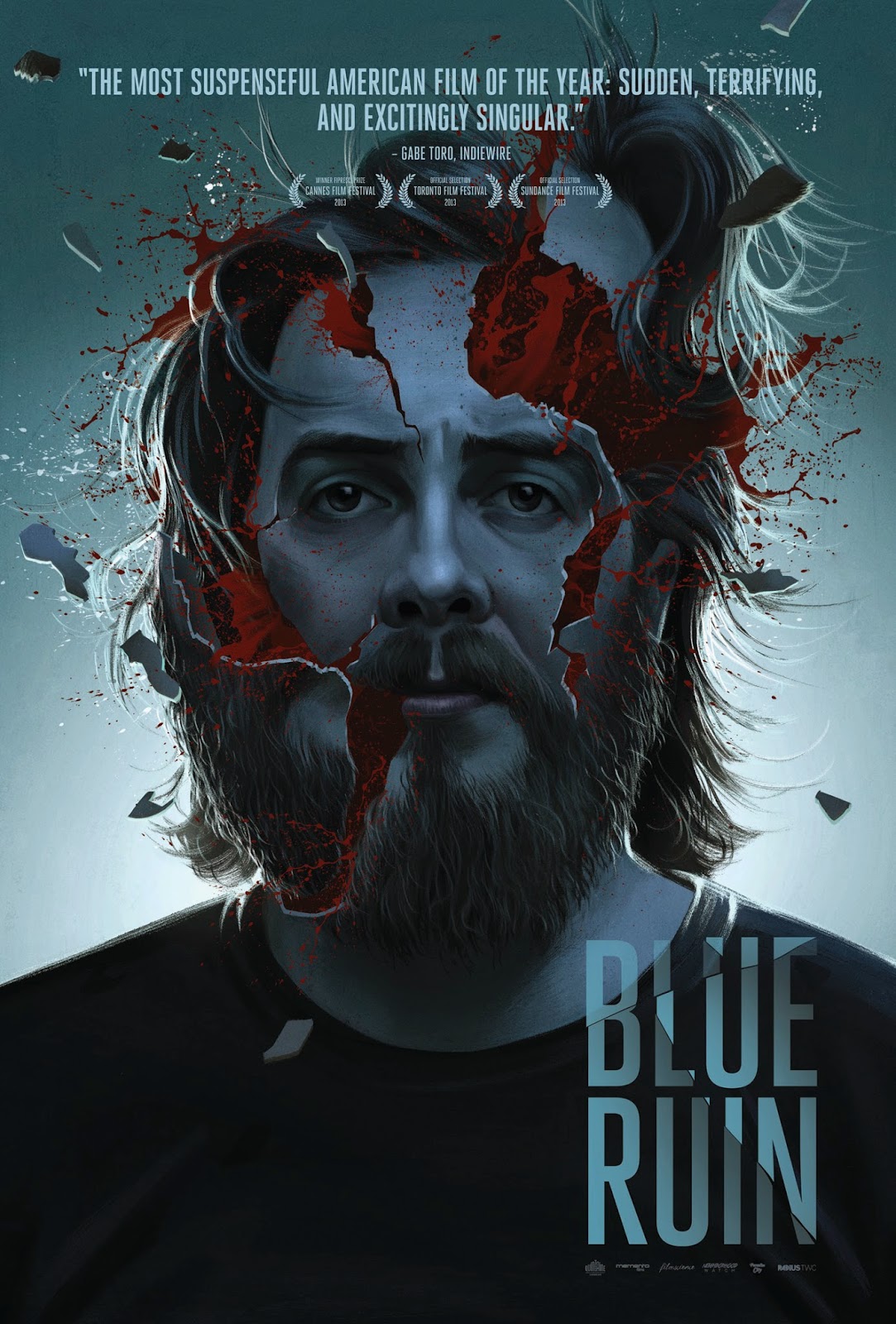 Synopsis taken from IMDb
A mysterious outsider's quiet life is turned upside down when he returns to his childhood home to carry out an act of vengeance. Proving himself an amateur assassin, he winds up in a brutal fight to protect is estranged family.


Seeing as the trailer basically gives nothing away, I didn't know much going into this one except for it's somewhat notorious critical appraise. I knew that it was a revenge thriller, but that's about it. And I refused to read about it online for the sake of running into spoilers. But it seemed like my kind of flick, and with all the good words said about it, I figured there had to be something to it.

Dwight (Macon Blair) is a beach vagrant who breaks into vacant homes during the day to take baths. He also sleeps in his car and eats out of dumpsters. He's a quiet, socially awkward guy, who's beaten up from the past. 20 years ago, his mother and father were murdered, and he's never been the same since. But when he hears that his parent's killer, Wade Cleland, Jr. is getting released from prison, he decides to go back home to exact a terrible vengeance.

One of the things that let me know that I was going to like this piece of cinema is that it's kind of a slow-burner type of thriller. It takes it's time, and when the payoffs come, they aren't what I was expecting. It's not very predictable, and it really takes you on an emotional journey. They don't delve too much into how much Dwight's parents' deaths affected him, but it still gets across to the viewer because of the emotionally gripping performance by Macon Blair. His acting in "Blue Ruin" is genuinely convincing, and I can't help but feel terrible for the guy. Although he's quiet and a loner, with his reasons and purpose, he's easy to get behind and invest some emotion into.
He's a real character, and that's what resonates the most about the story. 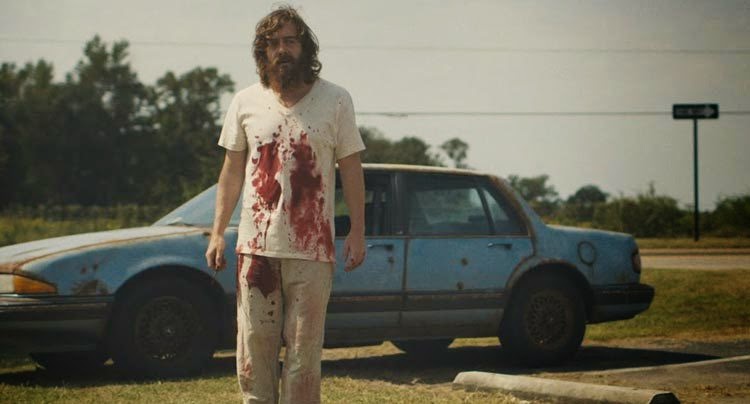 After Dwight changes his appearance by shaving and cutting his hair, his new look doesn't protect him from the Cleland family, who are now seeking him out as well as his closest family member, his sister Sam (Amy Hargreaves). When Dwight realizes that the hunt for his life won't end, he's forced into making final drastic decisions. Again, Dwight being the heartfelt character that he is, isn't a pro at killing or booby trapping, so he fumbles and often shows how vulnerable he is. He's just a man with a plan, and he's trying to execute it. And he doesn't expect it to end well. While I was watching, I think it's safe to say that I assumed the same type of outcome.

Honestly, there's a few scenes that are heart-stopping. I was frozen in my seat, heart pounding several times. Everything is done in a very realistic way, so you know that if something serious goes down, that it's going to stick and have an effect. The characters aren't untouchable, and they aren't safe, and that's what keeps the suspense element ever-present. This film also isn't afraid to show bloodshed, and graphic violence. But it keeps a grounded approach that fits, and doesn't just throw buckets of blood around to overcompensate. This is a combination of "A History of Violence" and "Death Sentence". It's not for the faint of heart, but doesn't go far enough to make any of the vehemence unnecessary.

Although I thoroughly enjoyed watching "Blue Ruin", there's one nitpick that I can't help but be annoyed with, and that's that Wade goes unnoticed far too much. He pulls up and pumps gas with a guy screaming and thumping inside his trunk. Scattered moments like this lessen the realism the movie sets, and reminds me of the latter seasons of "Dexter". 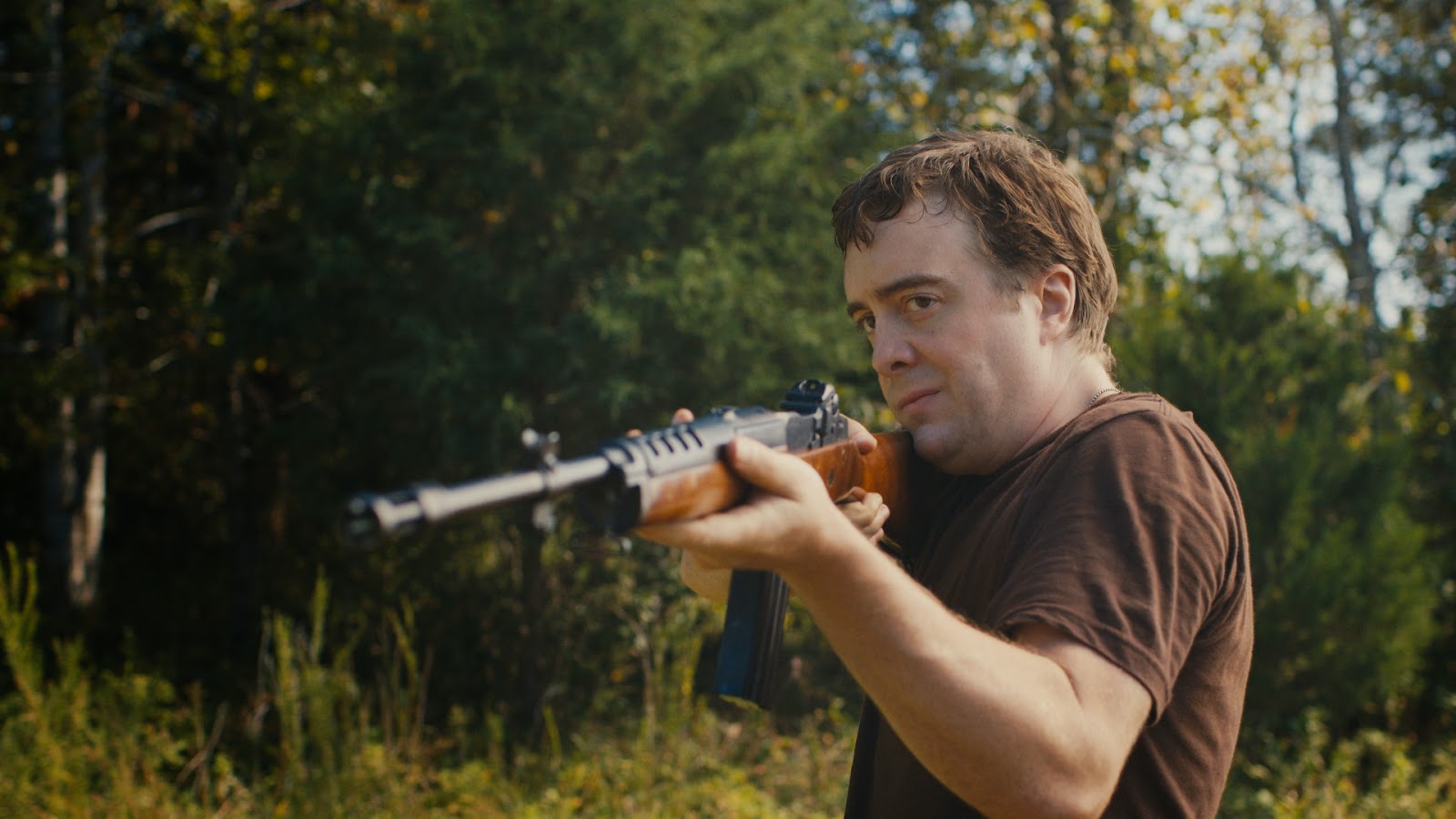 There's an unpleasant plot twist towards the end, and it's a game changer. There's some unexpected deaths, and the film as a whole is incredibly intense. Dwight has a death wish, and only lives for revenge. Even though he's in over his head, he knows the only way out of his situation is to end it himself, and take it into his own hands. Powerfully compelling storytelling. I actually liked this more than I expected, and I can't wait to own it on Blu-ray.